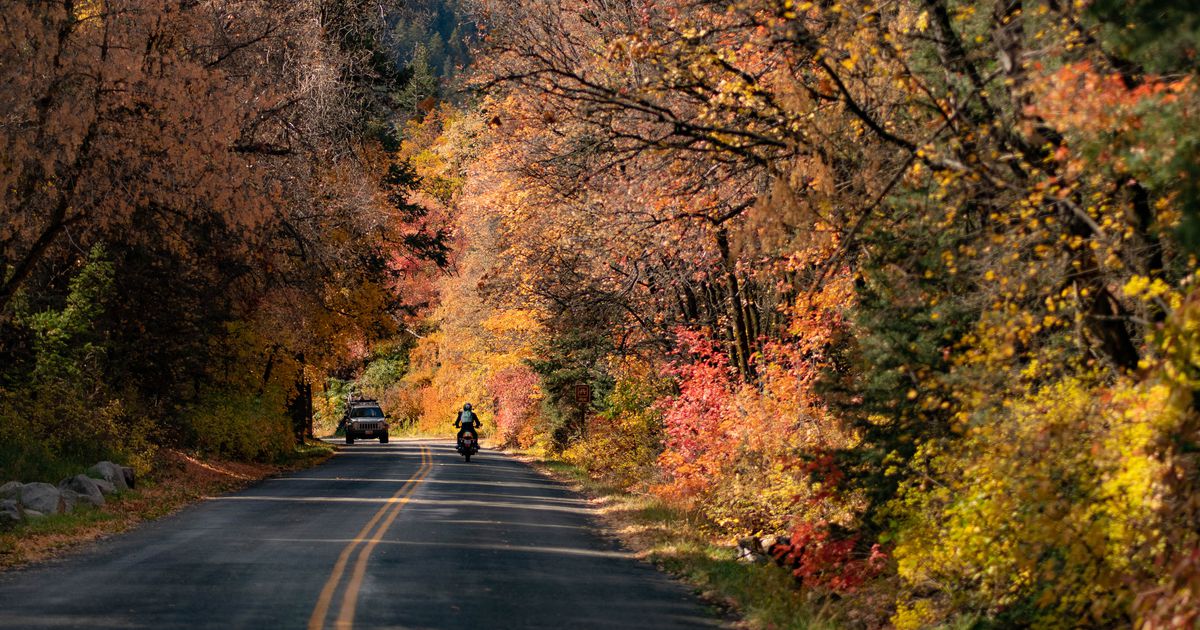 (Francisco Kjolseth | The Salt Lake Tribune) Mill Creek Canyon pictured in October 2021. Construction began Monday in part of the canyon, which will cause delays for travelers.

Fans of Mill Creek Canyon should expect longer drives when getting to the outdoor destination for the rest of the summer.

Road construction from the fee station to the canyon’s winter gate began Monday and will continue into the fall. The construction includes asphalt resurfacing and maintenance on the canyon’s drainage system, both of which are being done by the Greater Salt Lake Municipal Services District.

Construction will narrow the roadway to one lane during weekdays, but the road will reopen to both lanes on weekends, according to Maridene Alexander, a spokesperson for the Greater Salt Lake Municipal Services District. The construction will take place from roughly 7 a.m. to 5 p.m. on weekdays.

The road work also means the canyon will be closed to cyclists for the summer, Alexander said.

“Because this work will remove the top layer of asphalt, it will not be safe for cyclists to use the road until construction is complete,” Alexander said Tuesday. She added people still can use mountain bikes on trails, but they must drive to the trail and park.

Anyone planning to visit Mill Creek Canyon should expect delays for the remainder of the summer. Alexander said both Log Haven and Millcreek Inn will be open, and people going to either location should also anticipate delays and plan for a longer drive.

The ongoing construction is just the beginning of work being done within the canyon.

In May, Rocky Mountain Power began putting power lines underground to help mitigate the risk of wildfires. That project included putting the power lines underneath the canyon’s road, resulting in a trench within parts of the downhill travel lanes.

The Uinta-Wasatch-Cache National Forest plans to do fire prevention work between August and October by cutting back potential fuel for wildfires. This will take place near Elbow Fork, and will be similar to other fuel reduction work that took place in Lamb’s Canyon last summer, according to the Greater Salt Lake Municipal Services District.

Upper areas of the canyon will be widened in 2025, starting from the winter gate and going to the Big Water Trailhead.