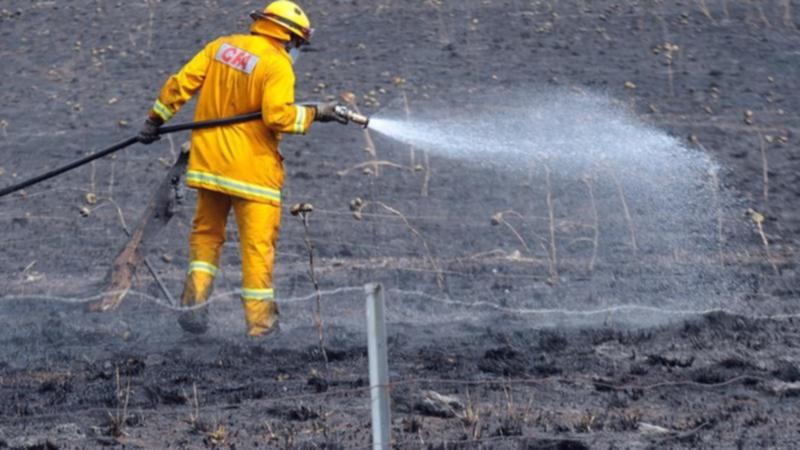 Residents in Melbourne’s outer southeast are being urged to move at least two streets away from an out-of-control grassfire.

A Watch and Act emergency alert has been issued for a grassfire on Ryan Road in Pakenham with residents and anyone who lives in nearby Nar Nar Goon warned to move away from the fire.

“If you live directly next to grassland, you may need to move two or more streets away from the fire. Grassfires are unlikely to spread past the first row of houses,” the alert, sent just after 3pm on Sunday, said.

The fire is travelling north down Ryan Road towards Princes Highway, with firefighters requesting a firefighting aircraft for assistance.

Firefighters were battling a number of fires across Victoria on Sunday, following several days of hot weather.

About 40 firefighters attacked the blaze, on Sheahan Road in Truganina, bringing it under control just before 2pm.

Residents near the South Australian border were told to leave their homes earlier due to an out-of-control bushfire in Meereek State Forest.

By 3.30pm the fire’s spread had been reduced with Langkoop, Poolaijelo and Powers Creek residents asked to stay informed and monitor conditions.

In northern Victoria, Kotupna, Lower Moira and Yambuna residents are told to stay close to a building where they can shelter due to a bushfire near the Goulburn River.

“If you are away from home, do not return,” the alert said.