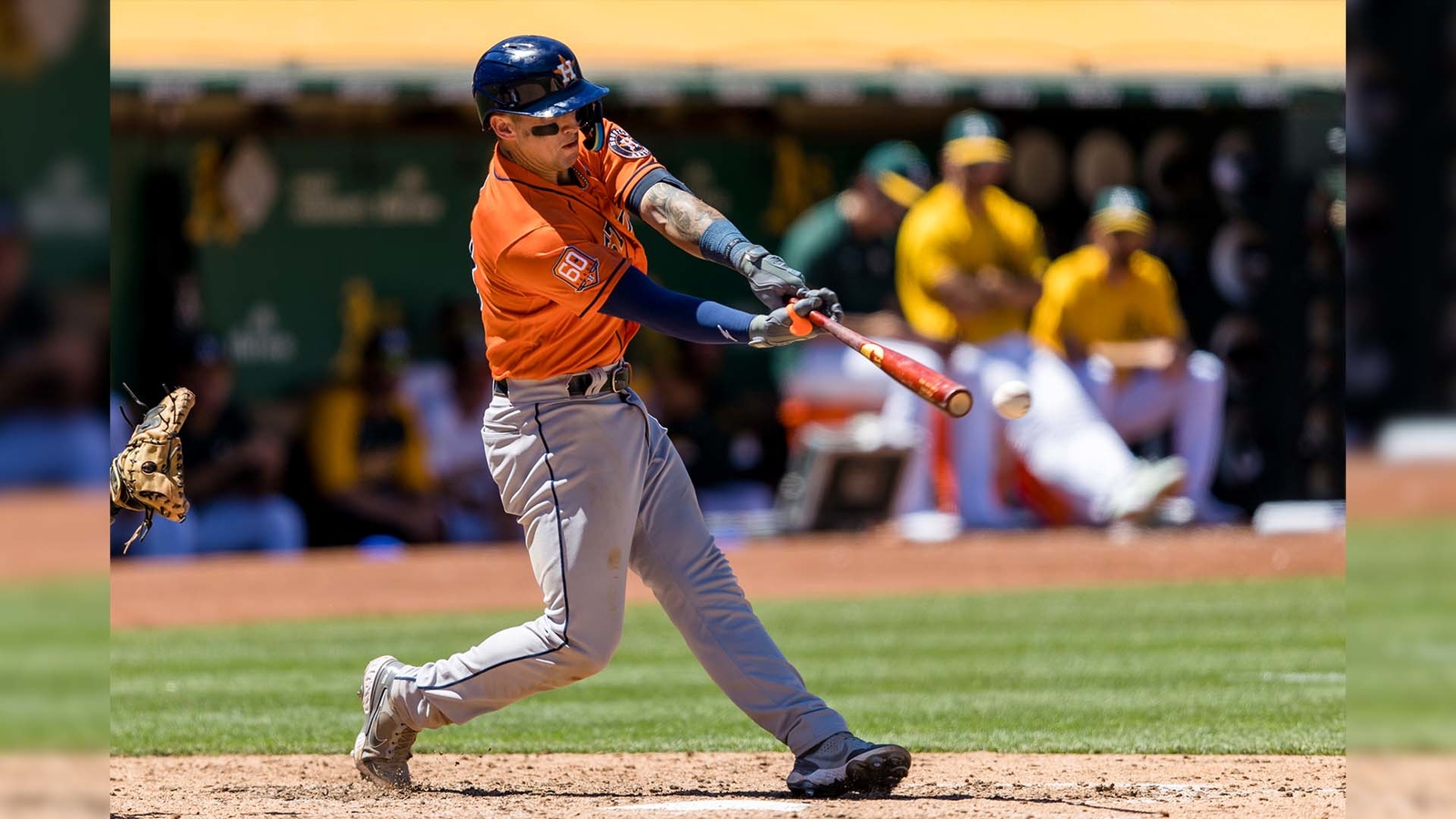 OAKLAND, California — Korey Lee got his first three hits in the major leagues and drove in three runs, leading Jake Odorizzi and the Houston Astros past the Oakland Athletics 6-1 on Sunday.

Lee, a top Houston prospect who was hitless in his debut Monday after catcher Jason Castro went on the injured list, grounded out in his first at-bat but then hit a soft RBI single to left field in the fifth past a drawn-in infield. That scored Jake Meyers, who doubled leading off the inning.

A first-round draft pick in 2019 when he was selected 32nd overall, Lee lined a two-run double off the glove of third baseman Vimael Machín in the seventh, then singled leading off the ninth.

Odorizzi (4-2) had a season-high seven strikeouts in seven scoreless innings for his first win after missing 42 games with a lower left leg injury. The veteran right-hander walked one and won for the second time in 11 appearances against Oakland.

Phil Maton and Bryan Abreu each retired three batters to complete the five-hitter. Oakland had four hits in each of its previous four games.

Machín hit his first career home run for the A’s.

The A’s twice had runners at third but failed to score. Odorizzi got Stephen Vogt to foul out to end the fourth, then induced a groundout from Nick Allen for the final out in the fifth.

Cole Irvin (3-7) allowed two runs and five hit in six innings. The left-hander has one victory in 10 starts since coming off the injured list May 22.

The A’s optioned LHP Zach Logue to Triple-A Las Vegas. Logue was the winning pitcher Saturday after being called up earlier in the day. Oakland recalled RHP Domingo Tapia and INF Dermis Garcia.

The Astros recalled OF Jose Siri from Triple-A Sugar Land.

Astros: All-Star DH Yordan Alvarez flew back to Houston for treatment after being placed on the 10-day IL because of a right hand injury that has gotten worse, according to manager Dusty Baker. The Astros expect him to miss the next two series and possibly return after the All-Star break. … SS Jeremy Peña was 0 for 4 with a sacrifice fly in his first game since coming out of health and safety protocols.

Astros: Baker had not announced his rotation for the Angels series, which begins Tuesday in Anaheim.

Athletics: RHP Adrián Martínez (2-1, 6.00 ERA) faces the Rangers in Texas on Monday. It will be the first time the Oakland rookie has made consecutive starts.