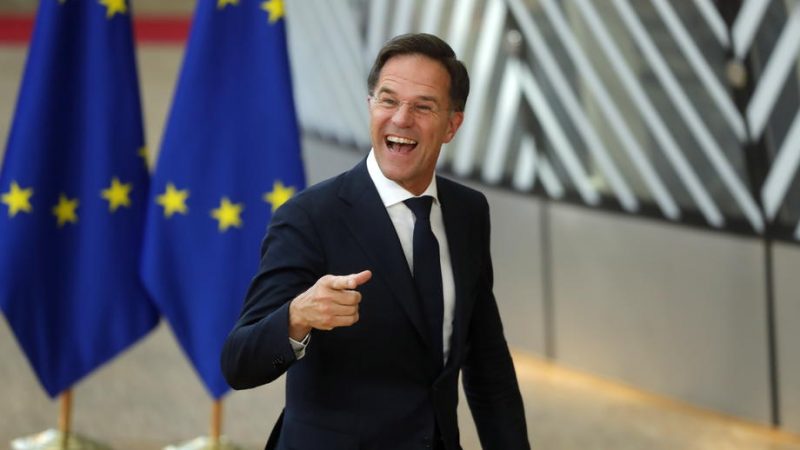 Mark Rutte became the longest-serving prime minister in the Netherlands’ history on Tuesday (2 August), a testament to his energy for the job – as well as the political survival skills he has honed over his 12-year tenure.

“I feel like I’m getting to the halfway point,” Rutte quipped at his most recent news conference on 15 July before leaving for summer vacation.

A veteran conservative on the European political scene, Rutte, 55, has weathered more than a dozen domestic crises. Many Dutch voters say they are weary of his leadership – but there is no obvious alternative.

Recent troubles include a scandal over childcare subsidies that brought down Rutte’s previous government, an incident where he claimed to have “no active memory” of his own earlier statements, and one in which he acknowledged erasing text messages on his phone.

On Tuesday he notched his 4,310th day in office – a day longer than Ruud Lubbers who served as premier in the 1980s and early ’90s.

Rutte formed his first coalition in 2010 – and his fourth in October last year following an election widely seen as a referendum on his handling of the coronavirus pandemic.

Van der Velden said Rutte has a knack for getting through difficult moments. Key strategies: play for time, allow others to take blame, and wait for popular opinion to solidify around solutions before backing them himself.

She said Rutte had seen off challenges from far-right rivals including anti-Islam lawmaker Geert Wilders by adopting some of their positions with less inflammatory language, cornering an “acceptably populist” niche.

Rutte’s support outside his own party is weak, with 82% agreeing with the statement that he is “past his expiration date” in an opinion poll by broadcaster EenVandaag last week.

Fewer than 25% said he was up to tackling the important issues facing the country, including energy and housing crises, after more than a decade in office.

A spokesperson for Rutte’s office said he was not expected to make any statement to mark the milestone. Rutte interrupted his vacation briefly last week to tweet a rebuke to farmers who had dumped trash on highways as part of ongoing protests over environmental policy.

Among current European national leaders, only Hungary’s Viktor Orbán has been in office longer.