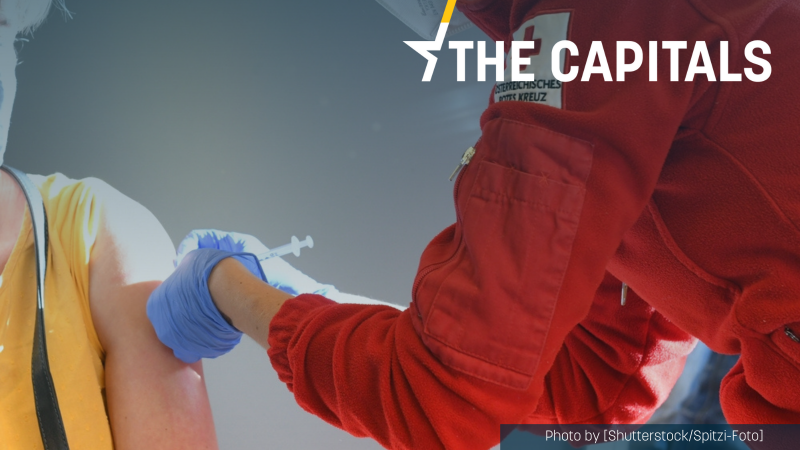 Before you start reading today’s edition of the Capitals, feel free to have a look at the article Greece fumes as Washington loses interest in EastMed gas pipeline, by Sarantis Michalopoulos.

Due to technical complications, the registration of mandatory vaccines will only be possible by April, two months later than envisioned by the Austrian government. Meanwhile, experts are questioning the effectiveness of mandatory vaccinations. Read more.

Dutch government to be sworn in with focus on climate. Dutch Prime Minister Mark Rutte’s fourth successive coalition government will be sworn in Monday a record 10 months after elections, with pledges to spend big on climate change and coronavirus. Read more.

There was no repeat of the violence that had marred previous, larger demonstrations in the Belgian capital, although police intervened to surround a small group that approached the EU headquarters. Belgium requires residents to show a Covid certificate to enter bars, restaurants and cultural events, and there have been several recent protests. (EURACTIV.com)

PM Marin: Finland ‘will not be blackmailed’ by Russia. Ahead of the US and Russia talks, Finland reiterates its right to maintain and strengthen its security and foreign policy without ‘blackmail’ from third parties. Read more.

Italy expects big increase of preventable deaths of unvaccinated. “In the next 30 days, at current rates, we will have 2,500 deaths among unvaccinated people, deaths that could have been prevented,” Professor Sergio Abrignani, immunologist and member of the scientific technical committee of the health ministry, told Radio 24 on Sunday.

“That’s why I keep saying that not vaccinating is like riding a motorcycle at crazy speed without a helmet,” he added. Read more.

Poland’s ruling party prepared to split with coalition partner for EU cash. The ruling Law and Justice (PiS) party is considering a split with its eurosceptic junior coalition partner Solidarity Poland. The party hopes this will help unblock the deadlock between the government and the European Commission over the money from the Next Generation EU fund, several media, including leading Gazeta Wyborcza daily, reported on Sunday. Read more.

Czech ambassador scolded for supporting Beijing Olympics. The Winter Olympic Games in Beijing has caused the first diplomatic clash between the new Czech government and pro-Chinese President Miloš Zeman. While the current ruling cabinet is criticising China’s holding of the Games, the president has asked the Czech ambassador to China to express support. Read more.

Migrant care workers from Slovakia, Romania discriminated against in Austria. Thousands of women migrant care workers in Austria, mostly from Slovakia and Romania, work excessively long hours with “shockingly” poor salaries and are often subject to various forms of discrimination and abuse, Amnesty International has revealed in a report. Read more.

Electricity price for Croatian government 58% above plan. Electricity consumption of the government, parliament, and the president’s office is 58% more expensive than planned, while some bids being submitted for the supply of electricity and gas are 130% higher than estimated, Večernji List daily reported. Read more.

Slovenia imposes stricter entry requirements, shorter quarantine periods. Slovenia has decided to tighten entry requirements as of Monday as the Omicron-driven wave of COVID infections continues to surge. Still, it reduced the duration of quarantine out of concern that too many people would be absent from work. Read more.

Serbian Olympic Committee gets involved in Djokovic debacle. The president of the Olympic Committee of Serbia, Božidar Maljković, sent a letter to his Australian counterpart John Coates on Sunday in which he strongly protested against the treatment of tennis No 1 Novak Djokovic. Read more.

Kovacevski and Petkov could overcome obstacles. Prime Minister-designate Dimitar Kovacevski said he aims to build a concrete and friendly relationship with Bulgaria’s new Prime Minister, Kiril Petkov, who announced his visit to the country on 18 January. Read more.