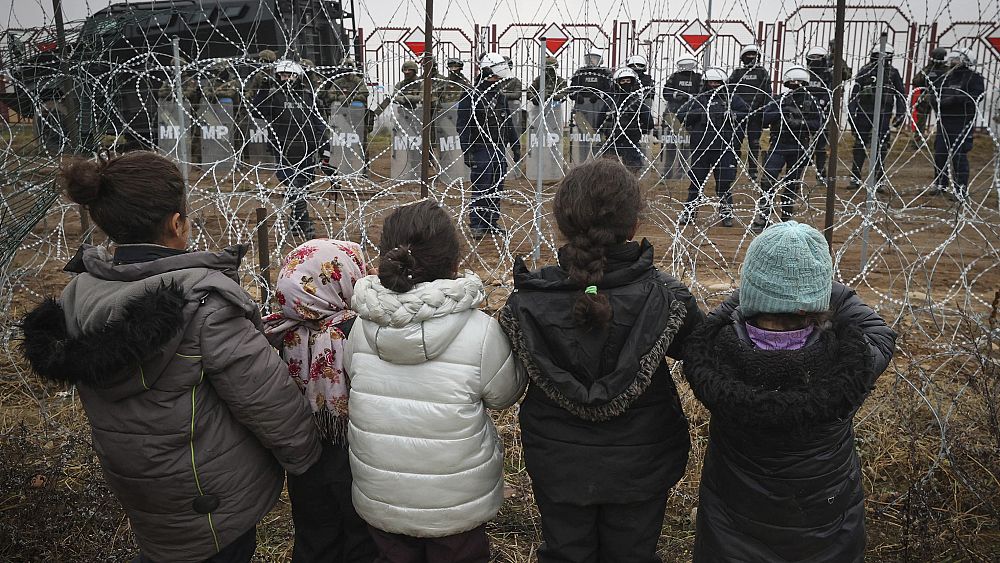 Belarusian President Alexander Lukashenko and Germany”s acting Chancellor Angela Merkel have agreed to start negotiations at the European level to resolve the ongoing crisis at their shared border, Minsk said on Wednesday.

Lukashenko’s office said the two leaders agreed that the “problem should be raised to the level of Belarus-EU (relations) and that officials appointed by each side should immediately start negotiations”.

A spokesman for Merkel said that during their latest phone call the chancellor “underlined the need to work with the support of UNHCR [the United Nation’s Refugee Agency] and UN Migration and in cooperation with the EU Commission to provide humanitarian care and return opportunities to the people concerned.”

The announcement comes a day after the bloc said it would slap Belarus with a new — and fifth — raft of sanctions over the crisis.

The EU accuses Belarusian authorities of orchestrating the crisis at the border by luring people from Middle Eastern and African countries to Minsk, promising that they’d be able to cross the borders with Poland, Lithuania and Latvia.

Poland claims over 15,000 migrants have recently been flown to Minsk and sent to the country’s border.

The three EU countries neighbouring Belarus have declared states of emergency at their borders over the influx.

The situation has deteriorated in recent weeks with both Belarus and Poland accused of carrying illegal pushbacks and groups of migrants stuck between the two countries and sleeping in sub-zero temperatures.

At least 10 people have died at the border since the late summer.

Lukashenko and Merkel discussed the crisis during a 50-minute long phone call on Monday. Minsk said in a readout of the call that “the ways and prospects for solving the migrant problem were discussed at length in order to prevent the escalation of the situation at the border”.

“Another important aspect that the Belarusian president and Germany’s acting chancellor talked over was the humanitarian support for refugees through the provision of humanitarian aid to them,” it added.