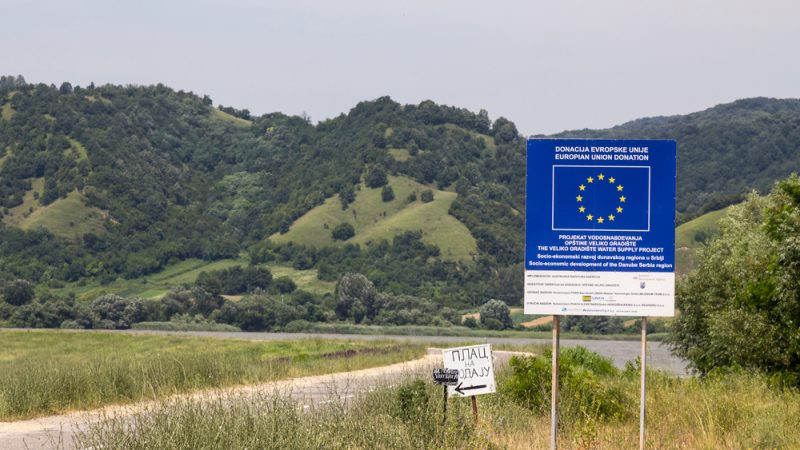 Local citizens’ panels indicate an appetite for ambitious EU reforms in the process of the Conference on the Future of Europe (CoFoE). Many policies could also benefit from a bottom-up and more regional approach, stakeholders argue.

In January, citizens from 12 municipalities and regions from eight different countries gathered for a citizens dialogue, organised by the Renew Europe Group in the European Committee of the Regions (CoR), to discuss how issues in different policy areas could be solved at the local or regional level.

While the local citizens’ panels indicated an appetite for ambitious EU reforms in EU security, migration, climate, workers’ rights, and the rule of law, local stakeholders’ recommendations are pointing towards other areas that could be tackled through a bottom-up approach.

Citizens from Autun (France), for example, called for harmonisation at the EU level of rules for accessibility, in particular in transport and establishments open to the public, as well as in public administrations.

Given the ageing of the majority of Europe’s population, this increasingly important issue could be championed by lower levels of government.

“It’s not a question of comparing one level of government against the other – both are needed, because one legislates (the national level) and the other implements (the local level), and in fact, there is also a European dimension to this,” Autun’s mayor, Vincent Chauvet, told EURACTIV.

According to him, many people with disabilities are not able to exercise their rights as EU citizens, in particular free movement throughout the bloc.

“Take, for example, someone in a wheelchair wanting to travel by train from France to Northern Europe. It’s practically impossible,” he said, pointing to the different rules in terms of accessibility for people of reduced mobility across different countries

This applies to transport but also to the hospitality industry, public facilities and spaces, Chauvet pointed out.

“For people in a wheelchair, the EU’s internal borders present still very many barriers to travel, be it for professional reasons or tourism,” he concluded.

Asked how the local level could help make mobility services more accessible to people with disabilities in a more efficient way than national governments, Chauvet said that “whatever changes are required will need EU legislation, transposed into national law, and then implemented at the local level”.

This would include the need to ensure rules regarding accessibility are defined by people with disabilities, as well as the establishment of European committees bringing together users with accessibility issues to give input to the process.

“Until we have a common understanding throughout the EU about the obstacles faced by people with disabilities, their ability to experience their European citizenship will be diminished,” Chauvet said.

Another key issue raised by citizens is the way European funds find their way to local communities. With more than €330 billion in total budget, Cohesion Policy is the EU’s main regional investment policy.

In the recommendation process, citizens from Alimos (Greece) and others suggested that European funds should go directly from the EU agencies to the local authorities.

This could, they argued, make it possible for EU citizens to see first-hand the direct European support for their municipality or region and strengthen the role of local authorities in European policies.

“We strongly believe that European funding should be as close to citizens as possible,” Michiel Rijsberman, Renew Europe Coordinator in the CoR’s Territorial Cohesion (COTER) Commission and Regional Minister of Flevoland (Netherlands), told EURACTIV.

Regions and even cities have long demanded to have more direct access to bloc euros, so far with limited success.

This would often mean bypassing national governments, who are currently most often in charge of distributing the funds once the European Commission greenlights their plans.

From 2014, including stakeholders such as trade unions, local governments and civil society in coming up with programs under cohesion policy, the so-called partnership principle, is no longer simply a long-standing practice but a legal obligation.

However, players across the board have been saying European capitals are shirking on this responsibility.

“Involvement of subnational authorities by national governments results in better quality projects because they are able to quickly come up with executable projects together with regional partners,” Rijsberman said, adding this would help bridge social, economic and territorial differences between European regions.

“Ultimately, it is in the interest of citizens and the EU itself to make the delivery of funds as efficient and effective as possible. Too often, the involvement of national administrations simply delays the process or produces inefficient outcomes,” concluded Rijsberman, who is also the rapporteur for the CoR on the financial rules applicable to the EU budget.

The general challenge will be to ensure these proposals are correctly followed up, first, by the Conference’s plenary, and then by its various political bodies consisting of EU representatives.

Considering the high number of proposals – from citizens’ panels to local events across the bloc – French officials suggested drafting a political roadmap for the future before the end of the French EU Council presidency.

This would include five to ten major subjects, based on ideas “supported across the board in Europe”.

While the Conference’s website specifies that proposals will be discussed according to the Treaties, some citizens ‘proposals have requested treaty reform. MEP Sandro Gozi (Renew, FR) told an event audience that treaty reform would be possible if citizens ask for it.

“We need to be ready to discuss and modify the treaty,” Gozi said, adding this could be most feasible in areas such as EU foreign policy and taxation.

However, despite the support of France and Germany, some EU member states such as Hungary or Poland will likely veto any attempts to change the EU treaties.