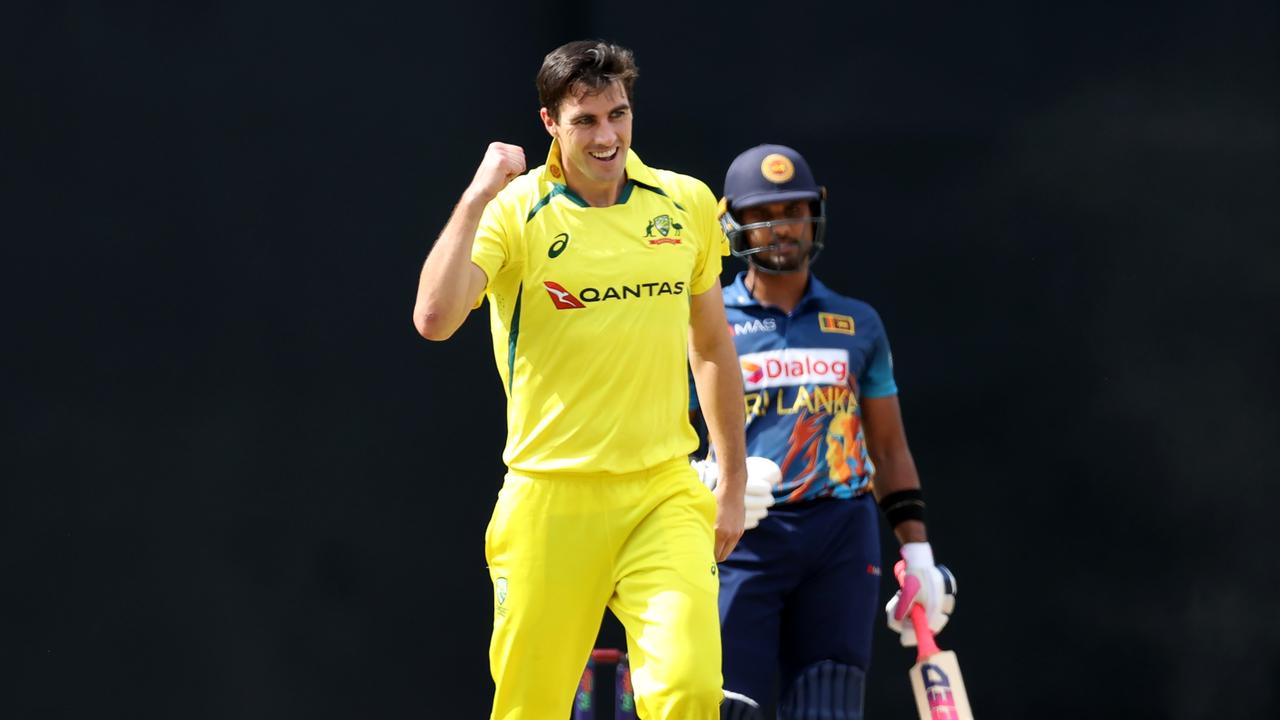 Welcome to live coverage of the fifth and final ODI between Australia and Sri Lanka. First ball: 7pm AEST.

Sri Lanka might have already taken an unassailable lead, but after winning the toss in the fifth and final ODI are in all sorts of trouble against Australia.

On a slow and turning wicket in Colombo, Australia’s quicks Josh Hazlewood and Pat Cummins took the opening three wickets.

Twice Aaron Finch took catches as the ball held up in the wicket.

Charith Asalanka and Kusal Mendis threatened to make a fightback, but a disastrous run out saw the former run out for 14 by spinner Matthew Kuhnemann.

Soon after Mendis (26 off 40) stood on his wickets as he attempted to get deep in his crease and sweep to hand Glenn Maxwell his first wicket.

Kuhnemann then came into his own, taking two wickets to leave Sri Lanka reeling at 7-61.

On the eve of the two-Test series, Travis Head’s hamstring injury has opened the door for Australia’s fringe five-day players.

In the absence of Head, Josh Inglis has come in to make his ODI debut.

The wicket-keeper batter has the opportunity to put some pressure on selectors ahead of the first Test next week in spin-friendly Galle.

It comes after fast bowler Mitchell Starc and prolific run-scorer Steve Smith were withdrawn from the white ball series earlier this month.

Maxwell has already been added to the Test squad, but whether he plays his eighth Test — and first since 2017 — remains to be seen.

Sri Lanka took an unassailable lead over Australia earlier in the week when the home side secured a narrow four-run win.

After posting 258 off the back of Charith Asalanka’s 110, Australia was bowled out for 254.

David Warner fell one run short of a century, while his opening partner and captain Aaron Finch was trapped in front for a duck.

The middle order failed to go on with their starts with Marsh (26), Marnus Labuschagne (14), Alex Carey (19) and Head (27) failing to take Australia home.

Pat Cummins (35) and Matthew Kuhnemann (15) almost managed to see the tourists home, before the latter fell off the last ball.

While all eyes are turning to the Test arena, it’s not just the men wearing the baggy green who will be out to make a statement.

Questions are still hanging over the head of short-form skipper Finch despite a series of promising scores.

The long-serving captain has hit two half-centuries during his seven knocks on the tour but after failing in the fourth ODI, he will be out to finish the series on a high.