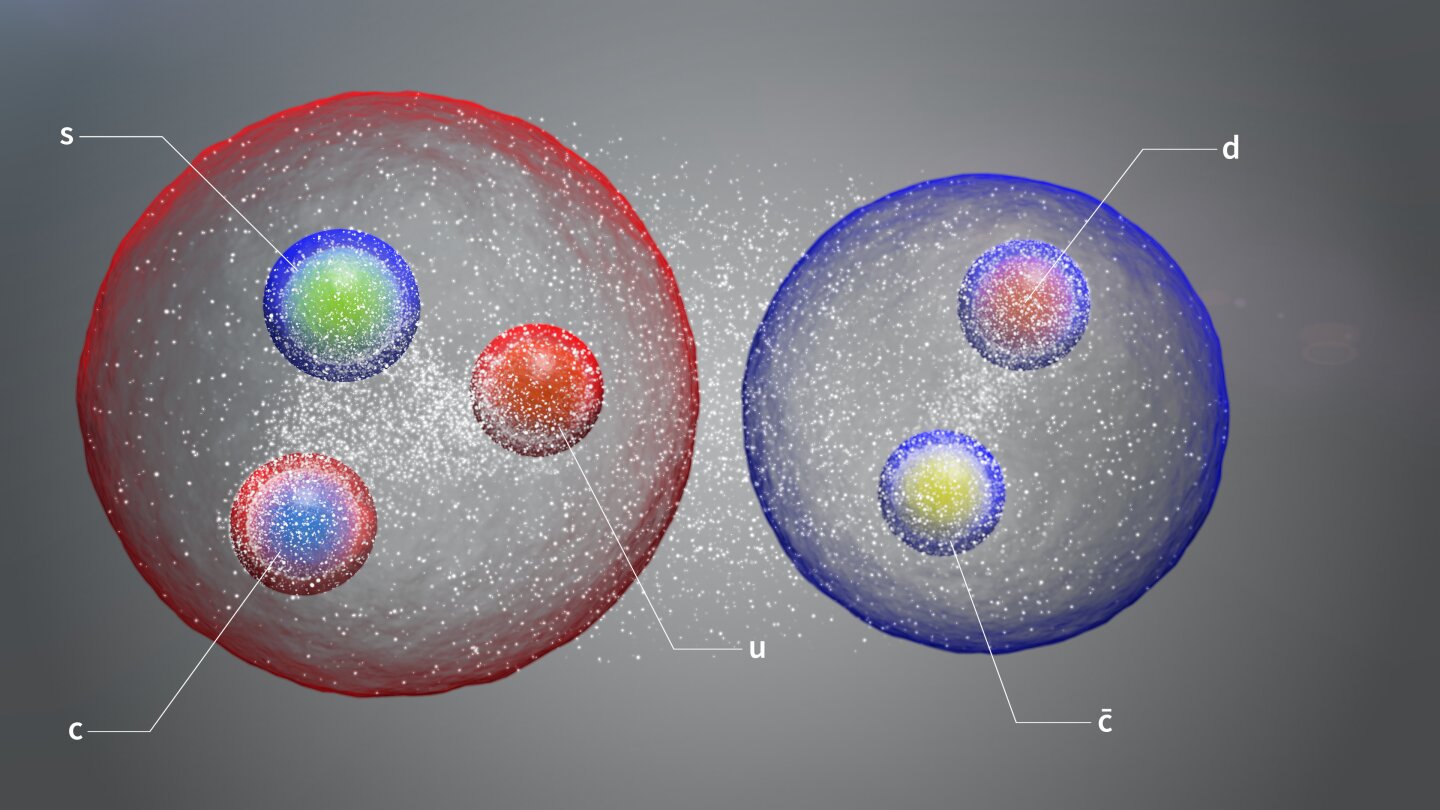 After years of maintenance and upgrades, the Large Hadron Collider (LHC) finally came back online in April this year. It seems that these upgrades have quickly paid dividends, only taking months to make brand new discoveries. CERN scientists working with the newly upgraded LHC have discovered three subatomic particles never seen before, as they start to unlock more secrets of our universe.

CERN, the European nuclear research centre using the LHC, announced this week that they have observed a new kind of ‘pentaquark’ and the first-ever pair of ‘tetraquarks’. The three particles discovered with the Large Hadron Collider add to a list of hadrons discovered at the LHC, which is perhaps most famous for its discovery of the Higgs boson particle.

The new ‘pentaquark’, illustrated above as a pair of standard hadrons loosely bound in a molecule-like structure, is made up of a charm quark and a charm antiquark and an up, a down and a strange quark.

The Large Hadron Collider is a 27km long circular machine that accelerates particles in opposite directions just fractions slower than the speed of light and smashes them together to unearth whatever lies within.

“The more analyses we perform, the more kinds of exotic hadrons we find,” physicist Niels Tuning said in a statement. “We’re witnessing a period of discovery similar to the 1950s, when a ‘particle zoo’ of hadrons started being discovered and ultimately led to the quark model of conventional hadrons in the 1960s. We’re creating ‘particle zoo 2.0’.”

The newly discovered particles will help the CERN scientists to better understand how quarks bind together to form larger subatomic building blocks, like protons and neutrons (grouped together and called hadrons). These are the particles that make up all the matter in the universe, as different combinations of hadrons create different elements.