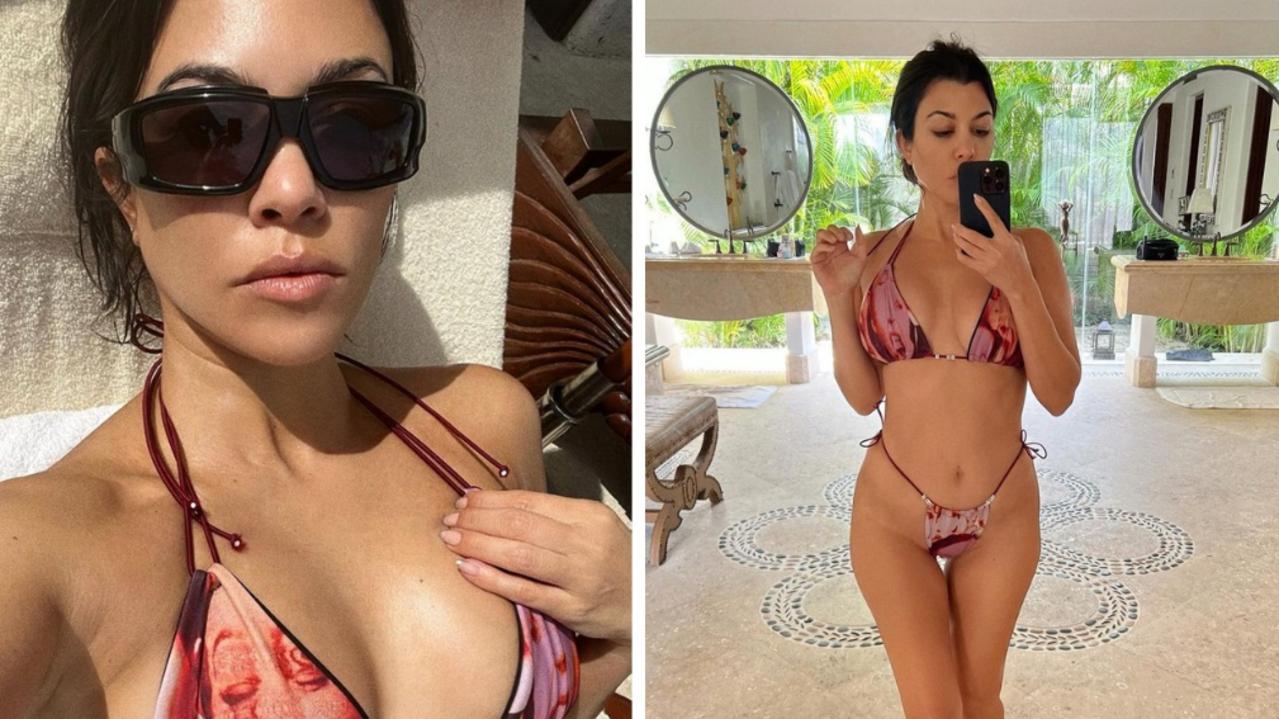 Kourtney Kardashian left her 151 million Instagram fans with their jaws wide open as she shared a snap showing off her toned physique.

Kourtney Kardashian has flaunted her toned figure in a tiny string bikini while on a romantic getaway in Cabo, Mexico, with her fiance Travis Barker.

The 42-year-old Poosh founder and former Keeping Up With the Kardashians star gave her 151 million Instagram followers a glimpse of the couple’s luxurious trip, with a slide show on Sunday that included two swimsuit photos.

In the first snap, the mum-of-three posed for a full-length mirror selfie in the barely there pink bikini, with her hair in a sleek bun. The second shot showed her laying poolside, pairing the same swimsuit with oversized black sunglasses.

Thousands of fans commented on her post mainly describing her snaps as “amazing” and “incredible” alongside a bunch of fire emojis.

The trip to Mexico was part of extended celebrations for Travis’ 46th birthday, with the couple’s respective children joining them.

In previous behind-the-scenes looks into the trip, Kardashian shared a snap of a doorway leading out to a pool with silver balloons hung and arranged to read, “Happy Birthday Travis”.

The couple announced their engagement on October 18, after dating since the start of this year, with the Blink-182 musician proposing at a beachside hotel in Montecito amid an enormous display of red roses.

Family and friends were there to witness the special moment Barker got down on one knee.

The bikini snaps comes after Kardashian shut down a social media troll feigning surprise that the reality star had brought her children along on the holiday.

“Oh wow you’re with your kids finally????” the critic commented last week on one of Kardashian’s post, which featured snaps of her riding horseback in Cabo with her kids.