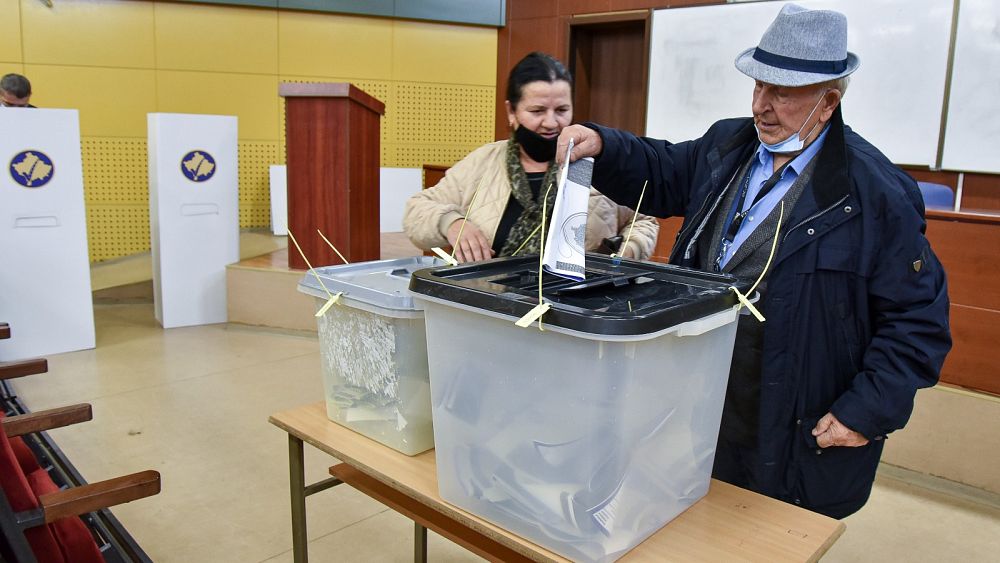 Kosovo is holding runoff municipal elections on Sunday in almost two-thirds of the country after the centre-right opposition parties dominated in the first round.

About 1.26 million voters in the small Balkan nation on Sunday will be eligible to cast ballots in the second round to elect mayors in 21 out of 38 municipalities. Turnout in the first round was 43.5%, slightly less than four years ago.

The governing left-wing Self-Determination Party, or Vetevendosje!, of Prime Minister Albin Kurti has won no mayoral post so far, though it is ahead in the capital Pristina where it has nominated its former health minister, Arben Vitia.

The centre-right opposition Democratic Party of Kosovo of former independence fighters, the Democratic League of Kosovo and the Alliance for Kosovo’s Future have won eight mayor seats and are strong contenders for more.

The Srpska List party of Kosovo’s ethnic Serb minority, which is close to the Serbian government in Belgrade, has won nine out of 10 seats in the northern Kosovar communes populated by that minority.

Dukagjin Gorani, an independent analyst, said that a landslide loss for the governing party could have a negative impact “on the overall legitimacy of both the political party and the government.”

A European Union team is monitoring the polls.

Kosovo, which has a majority ethnic Albanian population, declared independence from Serbia in 2008. Serbia has not recognised the move.