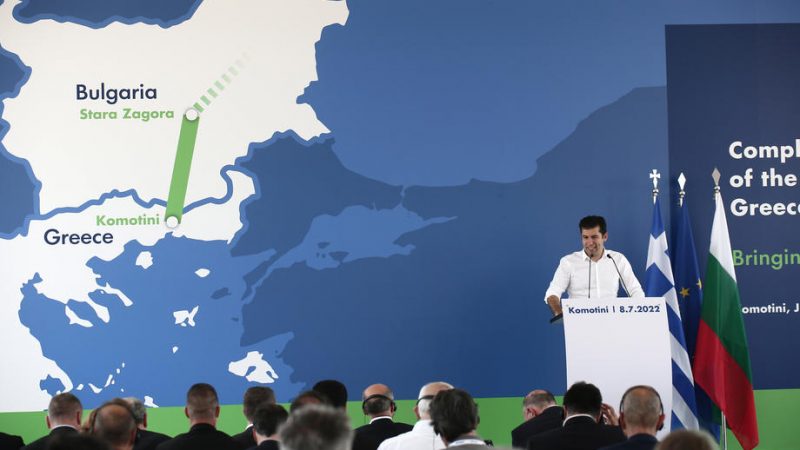 Bulgaria’s outgoing Prime Minister Kiril Petkov said on Friday (8 July) that his centrist party “We continue the change” (PP) was likely to be forced to drop plans to propose a new government because it had failed to secure a parliamentary majority.

Petkov’s coalition government, which had pledged to tackle corruption and had taken a strong stance against Russia’s invasion of Ukraine, was toppled in a no-confidence vote last month after a coalition ally quit, stripping it of its majority.

A no-confidence vote led to the Bulgarian parliament overthrowing the government of Kiril Petkov, which was elected only six months ago, and Bulgarians will likely vote again in general elections in the autumn, the fourth such vote in just over …

PP has since tried hard to win over six potentially supportive lawmakers needed for an absolute majority and a new government.

But Petkov on Friday told reporters during a visit to the Greek city of Komotini that there had been no luck so far and that time was running out ahead of a deadline later in the day for PP to formally announce its intentions.

In Komotini, Petkov inaugurated a much-delayed gas link with Greece.

“At this moment, I think the mandate (to form a government) will be returned, unfortunately, without the support of 121 deputies,” said Petkov.

“We will remain open to dialogue until the last minute.”

If PP fails, as seems likely, there will be two more attempts to form a government by other parties, but analysts doubt they will succeed and expect President Rumen Radev to appoint a caretaker government and to call fresh elections, which would be Bulgaria’s fourth polls since 2021.

A prolonged political crisis is likely to imperil access to billions of euros in European Union recovery funds and damage Bulgaria’s prospects of joining the eurozone in 2024.

It may also impact Bulgaria’s efforts to secure stable natural gas supplies after Moscow cut off gas deliveries to the country, which was almost completely reliant on Russian gas, over Sofia’s refusal to pay in roubles.

Petkov, who has taken a strong pro-EU and NATO stance, has said a caretaker government may soften Bulgaria’s rhetoric against Moscow’s invasion of Ukraine and seek talks with Russia’s Gazprom to restart direct gas deliveries.

Petkov said on Friday that Bulgaria needed a functioning government to keep up with judicial reforms to combat high-level graft and to avoid political uncertainty amid surging inflation and the war in Ukraine.

If new elections were held, he said they would be a test of whether Bulgarians want to have a normal democracy or to see what he called shady interests to continue siphoning off public funds.

“It will almost be like a referendum pro or against the mafia,” he said.

One hour after the publication of this article PP returned the mandate to the President, effectively ending the chances of this force to form another government under this Parliament.