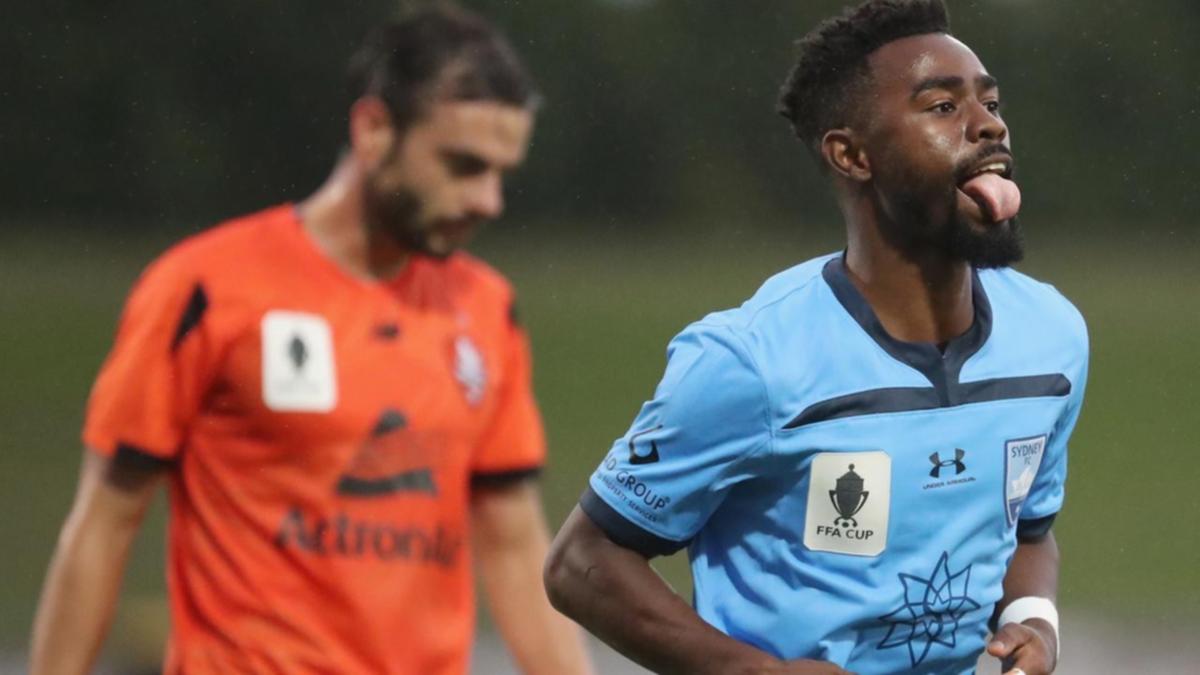 A second-half strike by Elvis Kamsoba has secured Sydney FC a 1-0 win over Brisbane Roar and a place in the FFA Cup semi-finals.

Kamsoba notched his fourth goal of the season at Netstrata Jubilee Stadium on Wednesday in the 63rd minute as the Sky Blues overcame an understrength Roar to set up a last-four encounter with Central Coast.

With both teams playing their first match of 2022 due to COVID postponements, chances were at a premium in a first half marred by heavy rainfall.

Midfielder Max Burgess had the best chance of the opening 45 as he forced Roar goalkeeper Macklin Freke into a save just before the break.

Anthony Caceres forced Freke into another sharp save 10 minutes into the second half before defender James Donachie headed just past the post from the resulting corner.

A few minutes later Kamsoba did break the deadlock when he met Rhyan Grant’s cross at the back post with a tidy sidefoot finish to cap a well-worked move.

The Roar, missing several players either through COVID isolation or the after-effects of the virus, were given hope when Donachie was sent off for a second bookable offence when he fouled substitute Cyrus Dehmie.

The visitors pushed for an equaliser and came closest in the 91st minute but Paulo Retre’s goal-line clearance from a Dehmie shot was as close as they came to forcing the match into extra time.

Melbourne Victory and Wellington Phoenix have already been drawn to meet in the other semi-final.

It’s 2017 winner Sydney’s fourth time in an FFA Cup semi-final, while Brisbane’s exit came after reaching the quarter-final stage for the first time in the club’s history.

Sydney and Brisbane face each other again in the A-League Men’s competition at the same venue on Saturday.