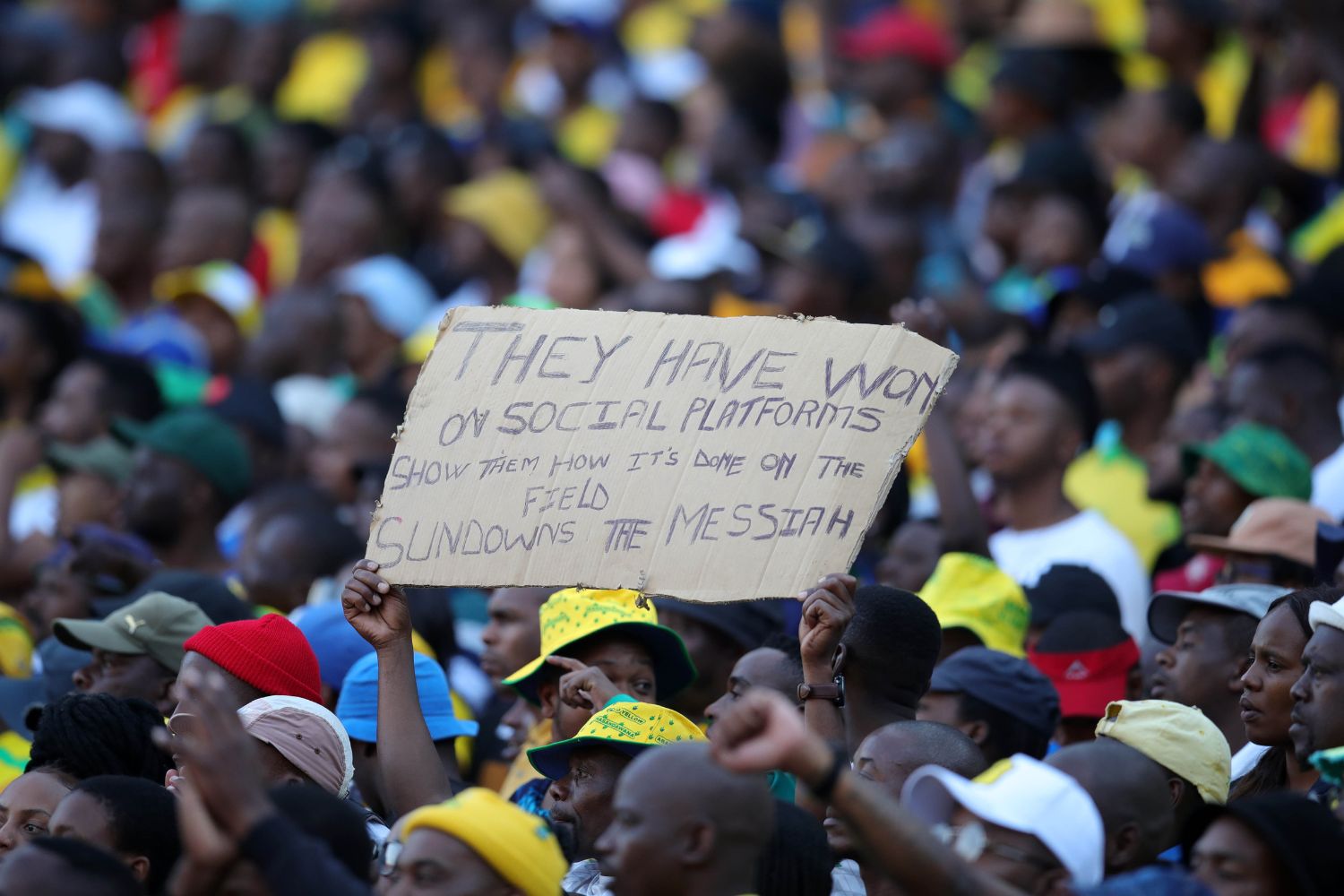 It was a horrible weekend for Kaizer Chiefs and Manchester United fans.

Perhaps the only sporting condition worse than supporting one of these sides over the last few days is supporting both.

United seem in a perpetual agony, their fans disgusted with an ownership, that on face value, appears intent on sucking the life out of the club. A host of coaches have come and gone since Sir Alex Ferguson left, with severely limited success.

Just when it seemed a new low point was hard to reach, Erik Ten Hag’s side went down 4-0 inside 45 minutes against Brentford in the English Premier League on Saturday, and that’s how the game ended, the result leaving the Red Devils in hell, right at the bottom of the table.

Chiefs suffered exactly the same scoreline at Mamelodi Sundowns on Saturday, though at least their hammering came at the hands of the best side in the country, Sundowns, bouncing back from a rare loss to TS Galaxy in midweek to show Amakhosi exactly how wide the gap remains to the Tshwane powerhouse.

The result was also an early warning to Arthur Zwane, that for all his desire for Chiefs to play a game that brings the glamour back to Naturena, a style building from the back can be easily exploited if you make the kind of mistake Siyabonga Ngezana did in the early stages at Loftus.

Chiefs did have their chances in Pretoria, Ronwen Williams even saving a penalty, but they were ultimately taken apart, with Peter Shalulile looking razor-sharp again and Abubaker Nassir producing a wonderful moment of skill to show exactly what Sundowns new Ethiopian signing can bring to the team this season.

The comparison between Chiefs and Manchester United can be extended in the sense that Amakhosi are also a team desperate to rediscover former glories, with several coaches coming and going in seven years without a piece of silverware in the trophy cabinet.

The last time United won a trophy, for the record, was five years ago, when Jose Mourinho’s side won both the League Cup and the Uefa Europa League. Mourinho was widely castigated in his spell at United, but the longer this desperate drought goes on, the better his time at the club actually looks.

The prognosis at Chiefs in terms of ownership is at least far more stable, with Kaizer Motaung, along with plenty of his immediate family, continuing to guide his brainchild into the future.

And Chiefs at least also have a win to show for their efforts this season, a fairly comfortable victory over Maritzburg United. If Zwane can be given time to build his own way of playing at Chiefs, maybe they can find some stability, and who knows, even a piece of silverware to show for their
efforts.

Unfortunately, patience is a dwindling commodity in the game, and it remains to be seen exactly how much time the former Chiefs winger is given to start producing results.