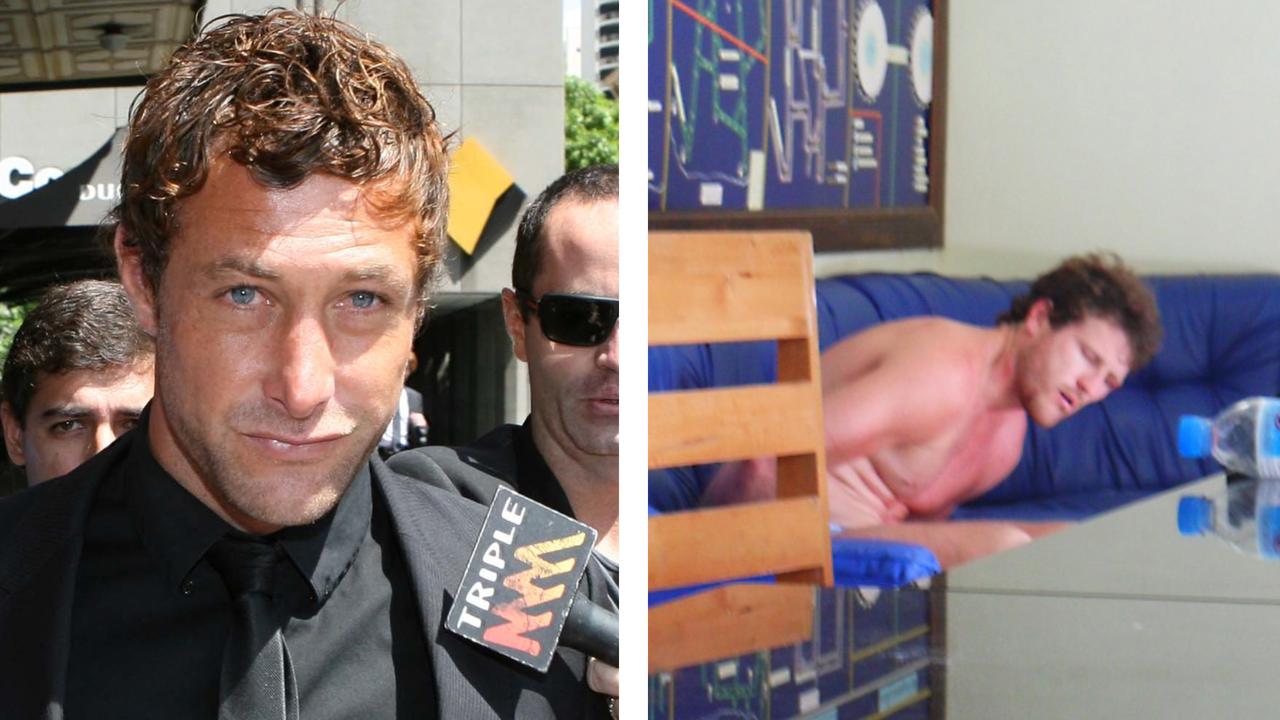 As Jordan De Goey awaits his fate in New York, it’s worth remembering this isn’t the first time an AFL player’s off-season trip has taken a considerable turn for the worse.

Over the past 15 years, several incidents have rocked the footy world for all the wrong reasons, ranging from booze-fuelled antics to a tragic death.

Here are some of the most serious incidents the AFL has seen.

What comes next: What we know about the charges facing De Goey in the US

The former West Coast Eagles midfielder came dangerously close to dying when he collapsed in Las Vegas during the 2006 post-premiership trip. Speaking 10 years later, Fletcher said he felt “judged a lot” and endured some “dark times” and realised he had to get help after the incident. Reports claimed Fletcher had choked on his own vomit after ingesting drugs – claims his manager denied. Fletcher was rushed to hospital and had to be revived after he stopped breathing. He spent four days in hospital before flying back to Perth. At the time, Fletcher refused to release his medical records to the club and insisted he didn’t know what led to his collapse. No sanctions were imposed. Fletcher retired at the end of the 2009 season.

Brownlow medallist Adam Cooney and teammate Jarrad Grant were, among others, seen harassing motorists outside a bar in Hong Kong’s party district Lan Kwai Fong in November. The video shows the pair and others holding up a van, with Cooney running and opening the side door and preventing the driver from moving. Cooney then slid down the street on an esky lid. The club said at the time it was “extremely frustrated and disappointed by what has occurred” and warned the players not to transgress again. Writing about the incident years later, Cooney said, “Looking back on the whole incident it’s pretty embarrassing to watch, the last thing you want to see after you’ve had a few jars is footage of yourself acting like a fool.”

Four Gold Coast Suns players, including then deputy vice-captain Campbell Brown, were detained and handcuffed in Thailand after a verbal dispute escalated into a physical altercation after an unknown third party intervened while leaving a party on the island of Koh Phangan. Brown and teammate Maverick Weller were involved in the physical dispute, while teammates Jacob Gillbee and Joel Wilkinson were questioned as witnesses and were not directly involved. After conducting an investigation, the Suns stripped Brown of his role as deputy vice-captain for 12 months and committed to further educating him on “making good decisions outside of the club environment and being a positive leader for his young teammates.” Weller’s involvement was found to be “minimal” and was written off as “a valuable lesson in relation to the additional responsibilities that come with being an AFL footballer.” Gillbee and Wilkinson were found to be witnesses and had no sanctions imposed on them.

Four St Kilda players were suspended for drinking alcohol and misusing prescribed medication during a training camp stint in New Zealand. Rhys Stanley, Jack Steven, Zac Dawson and Paul Cahill were found to have left the team hotel against a player-driven policy during the trip. New Zealand media at the time alleged the players were seen urinating in public and were involved in a scuffle with two Queenstown locals. All four were suspended for six weeks and could only train with the club’s VFL side, while all four were also hit with the maximum fine payable under the AFL Players’ code of conduct and required to undergo counselling. They were tasked with finding full-time employment for the duration of their ban and ordered to participate in community programs. The AFL’s CEO at the time, Andrew Demetriou, said the “silly decisions” had unfortunately tainted the rest of the Saints group, but added, “I wouldn‘t necessarily say that this is a true reflection of the St Kilda Football Club standard because these four kids have made a silly decision.”