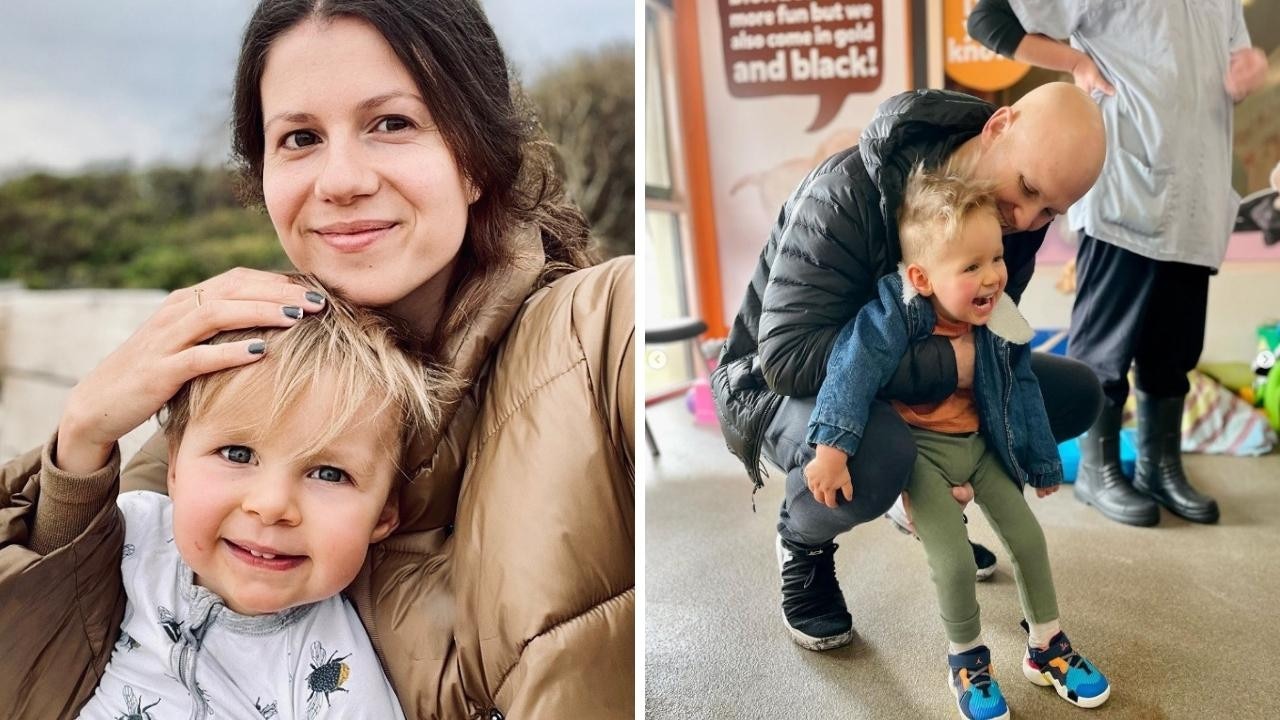 Jordan Ablett has revealed the heartbreaking moment she knew something was wrong with son Levi.

The wife of football legend Gary Ablett Jr has repeatedly spoken of the joy Levi has brought into the couple’s lives, despite the adorable three-year-old being diagnosed with a rare degenerative disease at a young age.

She revealed the tragic news last year that her son has a short life-expectancy.

She announced more gut-wrenching news on her Instagram account in April when revealing they had been told they will likely never hear their son speak.

If that wasn’t enough to overwhelm any parent, Jordan this week revealed she still carries the regret of not having her son medically assessed before the moment she knew something was wrong in March 2020.

She revealed her regret in a photo that captures her heartbreaking situation in such a devastating fashion.

“These photos were taken back in March of 2020. Levi was a few months past his first birthday and while on set it became clear as day that something wasn’t right,’’ she wrote alongside a photo collage from a studio photo shoot.

“I remember the photographer asking me if Levi could stand/sit and I said no and as we continued taking photos I was thinking ‘this isn’t right’. When I attempted to get him into a standing position he wouldn’t put any weight through his legs at all, he was super floppy in all positions, had really poor head control and for the most part (if not the entire time) kept his hands clenched tight.”

Her post was motivated to be a message to other parents not to delay acting on any suspicions they have about their kids’ health.

“I still cherish all my photos with my boy, but I must say there is a tinge of sadness when I look at some because I don’t understand how things went under the radar for so long,’’ Jordan wrote.

“Not having had a child before Levi I couldn’t compare and didn’t know what’s typical of a baby and what’s not. If you have the slightest doubt about your child’s development, whether merely a thought or an unrelenting gut-feeling like we did, I encourage you to voice your concerns with a professional and persist if your concerns remain.