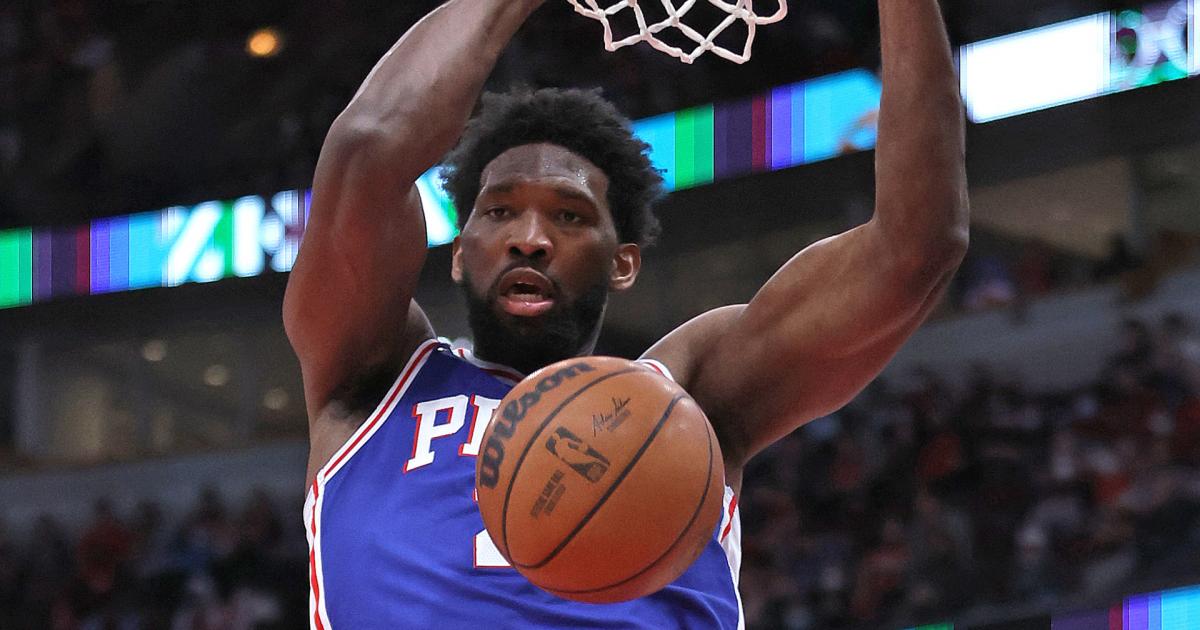 With Thursday’s NBA trade deadline closing in, rumblings of a potential Ben Simmons deal have gained momentum in recent days.

Simmons, who has yet to suit up for the Philadelphia 76ers this season has remained steadfast in his desire to be moved to a new team and despite the internal drama in the locker room, the 76ers find themselves in the fifth seed in the Eastern Conference, just 2.5 games back of the top spot.

Following their 114-109 loss to the Phoenix Suns, big man Joel Embiid was asked about the possibility of Simmons returning to the lineup in their quest to win a championship.

“Whoever wants to play is welcome,” Embiid told reporters. “If someone wants to play, they’re welcome. But we’ve got guys here that want to be here, that show up every night.”

While he’s taken the lion’s share of responsibility on the court, the recently named All-Star starter isn’t letting the off-court distractions affect the team, telling reporters that getting Simmons to play isn’t his responsibility.

“At the end of the day, our job is not to babysit somebody,” he said.

Embiid continued that line of thinking throughout his postgame media availability.

I get paid to bring results and win games, I don’t get paid to babysit Tyrese [Maxey]. I get paid to do the same thing as Tobis [Harris] and all the other guys, and they respond to it, every single time. And just like the same way they challenge me, they know that it’s never personal. I always go at them and they always go back at me because we have the same goal. We want to win.

While Embiid has maintained that having Simmons on the court gives them the “best chance to win” and that the 76ers are a “better team” with the Aussie playmaker on the court, his frustration with the situation has been evident since before the season got underway.

“Our job is not to babysit somebody.”

Joel Embiid was honest about how he feels about the Ben Simmons situation.

Simmons’ name has been linked with a number of destinations at the trade deadline, with a move to the Brooklyn Nets for James Harden appearing to be the likeliest if a deal does come to fruition.

The 76ers have the choice to make. Waste a dominant season from their best player by not surrounding him with the right pieces. Or hold out to gain maximum value for Simmons in the summer.

Either way, despite the excellent play of Tyrese Maxey, the 76ers know full well they need to fill the Ben Simmons-sized hole in their roster if they’re going to have a real shot at contending for the title this season.

“We have to get another guard,” Doc Rivers said. “We just do.”