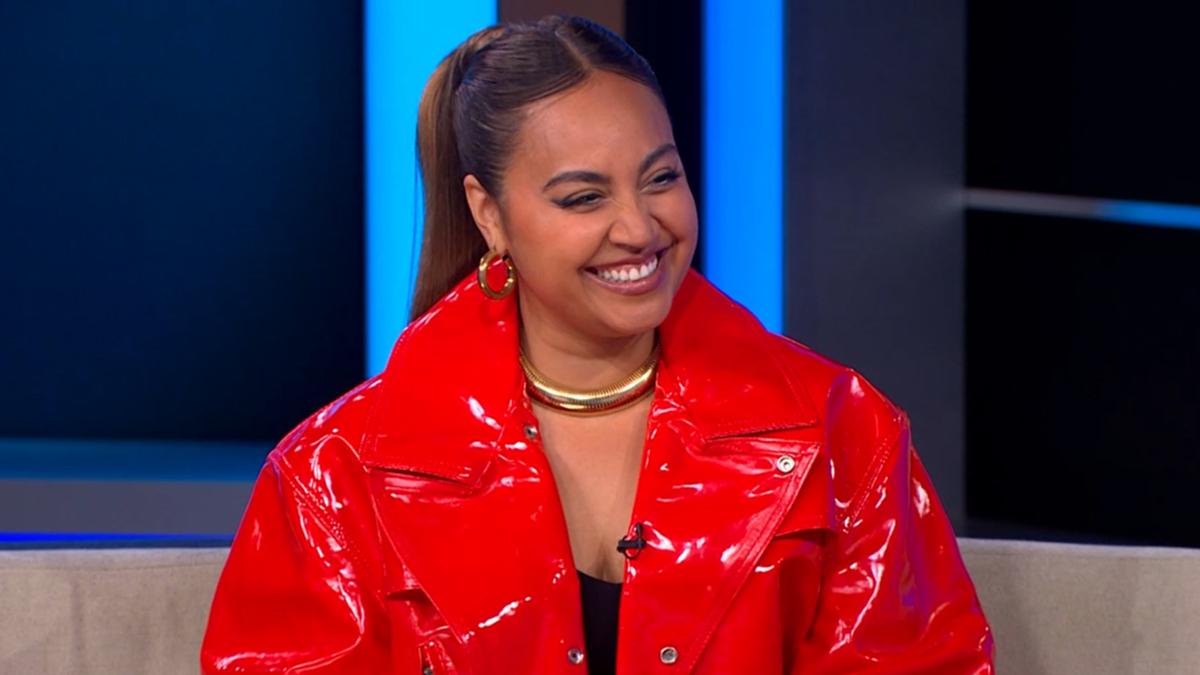 After a busy year that saw her make her first appearance as a coach on The Voice Australia, Jessica Mauboy has just released a brand new single, Glow, and announced plans for a series of shows right across the country.

Mauboy joined The Morning Show sporting an oversized red jacket that also features in the video for her single, and explained she often manages to take home clothing from videos and photoshoots.

Watch Jessica Mauboy talks about her new song, Glow and upcoming tour in the video player above

“There are a few things that I’m like, ‘Can I have, can I keep that’ … some of the outfits are like I can keep others I have to give back but that’s OK, living in the moment,” the singer explained.

Mauboy revealed the genesis behind her latest single, Glow, and how it echoes songs that her fans may be familiar with.

“It was amazing to develop something in a studio that felt like a lot of freedom and nostalgia, universal … you know when you hear a song and you’re like, ‘I’ve heard this before or there’s elements of the song that remind me of this song’, so there was a lot of that that I considered.

“It was just fun working with a circle of people, really creative people,” Mauboy said.

The star also spoke of she is gearing up for her new Boss Lady Tour that will be travelling around Australia in 2022.

“The idea came from a song I wrote with some really good friends … we wrote the song called Boss Lady last year and I couldn’t help but translate that into the way things have changed musically, from a business point of view (and) personally.

“It just so happened that I really wanted to go on tour and it was the right time, I was writing new music and Boss Lady seemed like, I’ve taken the reigns of certain things and I want to go on the road and I want to take all these stories out,” she said.

After her breakout season appearing as a coach on The Voice Australia, Mauboy revealed she will be returning alongside Keith Urban, Rita Ora and Guy Sebastian for another season, as well as on the new spinoff series The Voice: Generations, and explained how proud she was of her team member Mick the Mower Man making this season’s grand final.

You can purchase tickets here