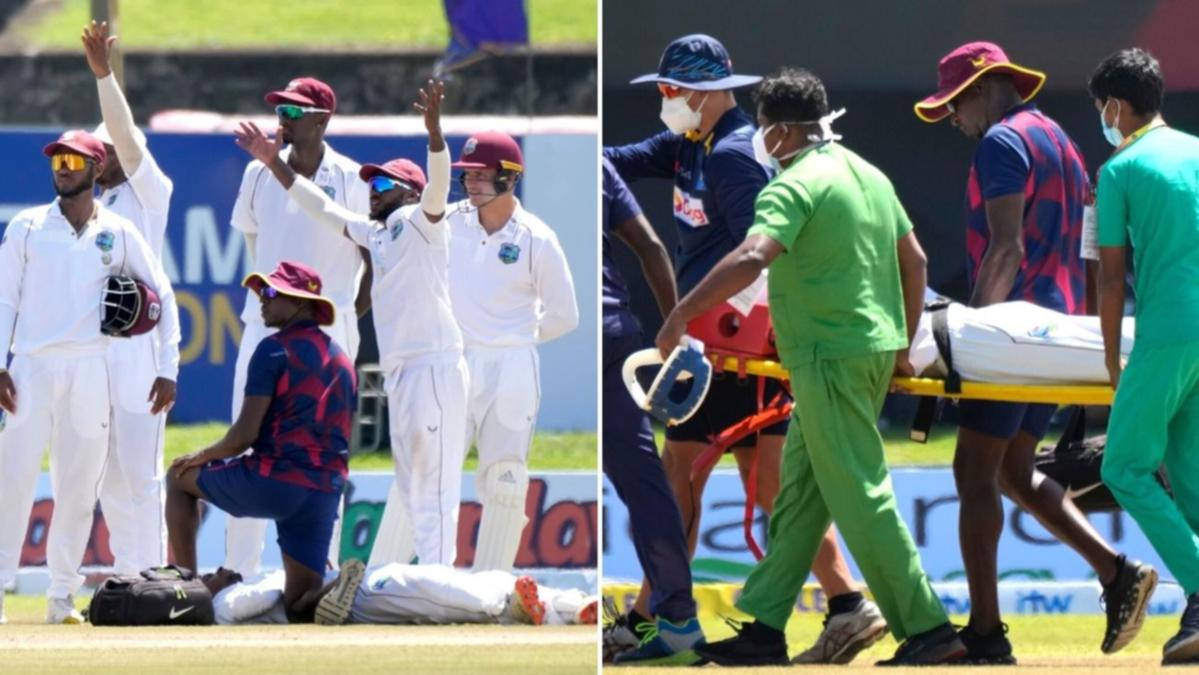 Jeremy Solozano has been taken to hospital after he was struck hard on the helmet on his first day as a West Indian Test cricketer.

The 26-year-old was hit when Sri Lankan captain Dimuth Karunaratne middled a short ball in the opening session of the first match of the series.

He was stretchered off the field, loaded into a waiting ambulance and driven nearly one hour to a Colombo hospital.

West Indies officials later said Solozano had been cleared of any structural damage but would stay overnight for observation.

He has yet to be ruled out of the rest of the match but is likely to be withdrawn under cricket’s concussion substitute rules.

Solozano had been set to open for the West Indies, who have much work to do before getting the chance to bat.

Sri Lanka ended day one on 3-267 after Karunaratne reached his century and finished unbeaten on 132 at stumps.

The veteran compiled a first-wicket partnership of 139, a Sri Lankan record against the West Indies, with Pathum Nissanka (56).

Karunaratne lost Oshada Fernando and Angelo Mathews cheaply but found good support from Dhananjaya de Silva, who was unbeaten on 56 at the close.

The pair added 97 in the last 23 overs as the West Indies bowlers flagged in the heat.

Roston Chase, with 2-42 in 17 overs, was the pick of the eight bowlers used in the visiting attack.

On a pitch that is expected to become more difficult and favour spin Karunaratne took time to get going, scoring only 32 in the opening session.

He was dropped on 14 at slip by Jermaine Blackwood off Rakeem Cornwall, a miss that looks very expensive.