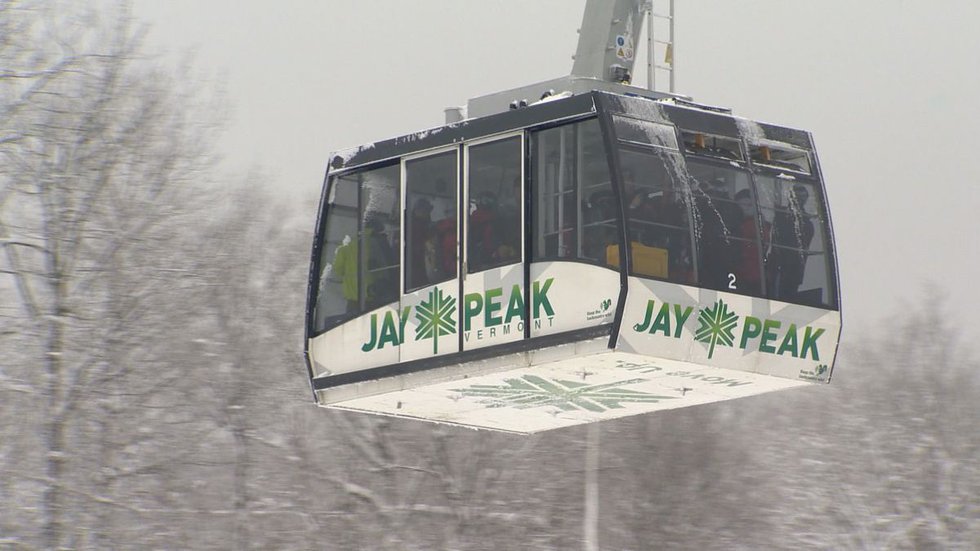 JAY, Vt. (WCAX) – A new chapter in the Kingdom Con saga: Six years after the huge development scheme collapsed in scandal, the Jay Peak resort has a possible buyer.

Jay Peak has been under the leadership of a court-appointed receiver since 2016.

The court filing says the receiver seeks to sell the resort to Pacific Group Resorts Inc. for $58 million, subject to court approval and a possible competitive bidding process.

“Well we’re hoping that it’s not going to change too, too much,” said Robyn Houle of Montgomery.

The future of Jay Peak has been in limbo since 2016 when federal authorities seized the resort amid an investigation into a Ponzi scheme.

The resort has been operated by a court-appointed receiver ever since. The receiver, Michael Goldberg, says it’s time to sell the resort. In the court filing, he writes: “When the Receiver took over the Jay Peak Resort in April, 2016, it was on the verge of collapse having little money and making very little profit… Now, after more than 6 years, the Jay Peak Resort is significantly more profitable and hundreds of jobs have been saved.”

“We have been in kind of a perpetual limbo for six years. Growth has evened out, and a new owner that comes in and that are capitalized in a way to help us grow is something that all of us are looking forward to hearing,” Wright said.

He adds that the resort has succeeded in a challenging environment brought on by uncertainty over the Kingdom Con case and the pandemic.

“Perfecting the experience now is really kind of what we’re about, but you need a steward to help do that,” Wright said.

In the town of Montgomery just 8 miles down the road, grocery employee Robin Houle says traffic from the resort is good for business and hopes whatever new ownership continues that.

“They’re here buying drinks, they’re buying food, you know, so I hope they keep coming because we need them,” Houle said.

In Newport, the largest area near the resort, City Manager Laura Dolgin says she is optimistic about the potential for a new owner and hopes the investors get reimbursed.

“It starts everybody anew. It closes out that chapter and people can really start to focus on what’s here and now for our assets and how we can capitalize on them for the city of Newport,” Dolgin said.

Though projects in Newport were never built, most of the investments at Jay Peak were complete when the Kingdom Con unraveled. A hotel, waterpark and other amenities helped build the resort’s value as it enters the sale process.

Now, it’s up to the judge to approve the $58 million initial bid from Pacific Resort Group. Then it can go to an auction process to decide the winner.

Wright said it’s too early to know what would happen to Jay Peak’s employees under the receivership but he doesn’t anticipate whoever receives the asset will replace the whole staff, especially considering the labor market right now.

The Pacific Group owns five other ski resorts around the country, including Ragged Mountain in New Hampshire.

Quiros to withdraw not guilty pleas in Kingdom Con case

Feds, Vermont at odds over shutting down state’s EB-5 office

Is the state of Vermont responsible for the alleged Kingdom Con?

Is the state of Vermont responsible for the alleged Kingdom Con?

Quiros will not fight SEC charges

Can the state and some employees be sued over the Kingdom Con?