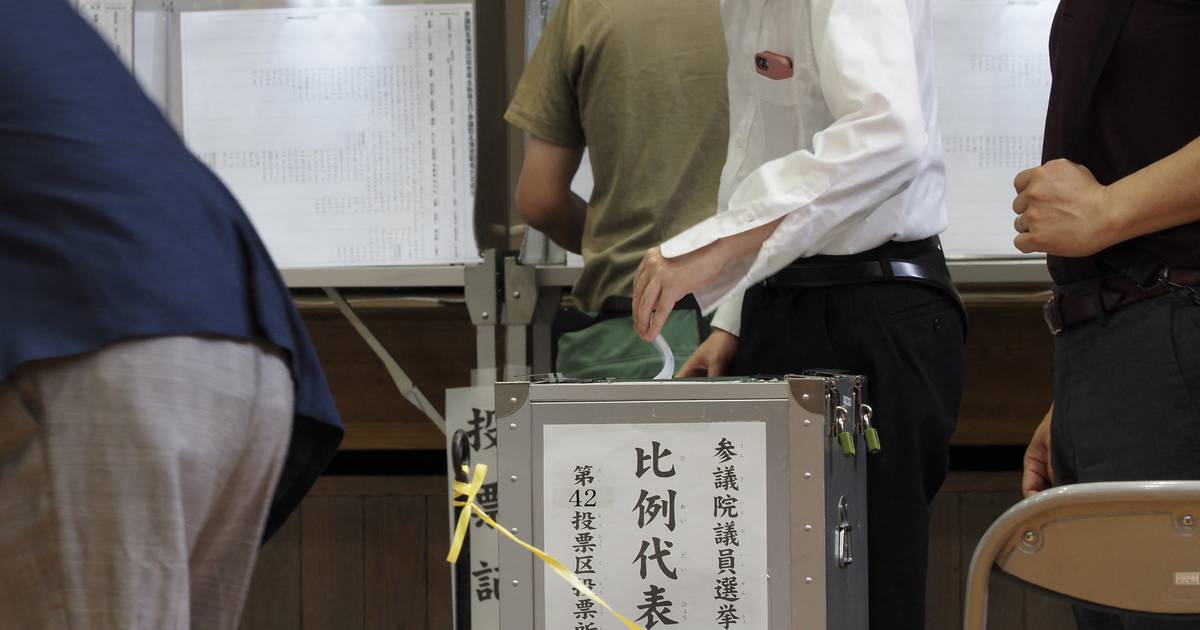 Japanese voters went to the polls on Sunday for a parliamentary election that may give the ruling Liberal Democratic Party (LDP) a surge of support after the assassination of former prime minister Shinzo Abe, a dominant politician and power broker.

Mr Abe, Japan’s longest-serving modern leader, was gunned down on Friday during a speech in support of a local candidate in the western city of Nara, a killing the political establishment condemned as an attack on democracy itself.

Turnout as of 2am (11am local time) was 10.44 per cent, the ministry of internal affairs said, up from 9.7 per cent at the same point during the last upper house election in 2019. Some 15.3 per cent of voters had cast absentee ballots by Friday, according to government data.

“We just lost Mr Abe. I would like the LDP to win many votes so that they can run the country in a stable manner,” said Sakae Fujishiro, a 67-year-old pensioner who cast his vote for the ruling party in Tokyo’s eastern Edogawa ward.

Elections for seats in parliament’s less powerful upper house are typically seen as a referendum on the sitting government. Opinion polls before the assassination already pointed to a strong showing for the ruling bloc led by prime minister Fumio Kishida, an Abe protege.

The LDP and its junior coalition partner, Komeito, could gain from a potential wave of sympathy votes, political analysts say.

“The ruling LDP-Komeito coalition was already on course for a solid victory,” said James Brady of the Teneo consultancy in a note. “A wave of sympathy votes now could boost the margin of victory.”

There was an increased police presence for Mr Kishida at a campaign event in a city southwest of Tokyo, and a metal detection scanner was installed at the venue, an unusual security measure in Japan.

Nara police said they had seized a motorcycle and a vehicle belonging to the murder suspect, Tetsuya Yamagami.

The unemployed 41-year-old told police he spent months planning the attack, accusing the former prime minister of links to a religious cult he blames for his mother’s financial ruin, according to Japanese media.

A strong showing at the polls could help Mr Kishida consolidate his rule, giving the former banker from Hiroshima a chance to carry out his goal of boosting military spending. It might allow him to revise Japan’s pacifist constitution, a dream Mr Abe never achieved.

“In the months ahead, the government is certain to seek to strengthen domestic security,” Mr Brady said. “By undermining the public’s general sense of safety and order, [Abe’s killing] could also add further momentum to those key Abe causes like defence build-up and constitutional revision.”

Katsunori Matsuzawa (64) said at a Nara polling station near where Mr Abe was shot that the assassination might prompt some people on the fence to vote for the LDP. “This hasn’t affected the way I voted, but I think it will influence a lot of people,” he said, declining to say how he had voted.

By contrast, Yuko Takeuchi (52) a nurse in Tokyo who voted for the Japanese Communist Party, said: “Of course, I am very sorry for his death, but this election must be separated from that.”

Polls last week showed the LDP winning at least 60 of the 125 seats being contested on Sunday, up from the 55 it now holds, allowing it to maintain the majority in the chamber that it holds with Komeito.

Reaching 69 seats would give the LDP a majority, a threshold that had been seen as a stretch before Mr Abe’s killing. Control of government, which is decided in the lower house, is not at stake in Sunday’s election.

Even a strong LDP performance would be overshadowed by the killing of Mr Abe, who as a lawmaker leading the party’s largest faction still wielded considerable strength over policy and personnel decisions.

His death raises the spectre of a power vacuum and potential turmoil within the party, analysts said.

The small, populist Japan Innovation Party, which gained seats in a general election last year, could siphon off votes from the LDP. But since the party also backs constitutional revision, any advances it makes would likely bolster the LDP’s goals.