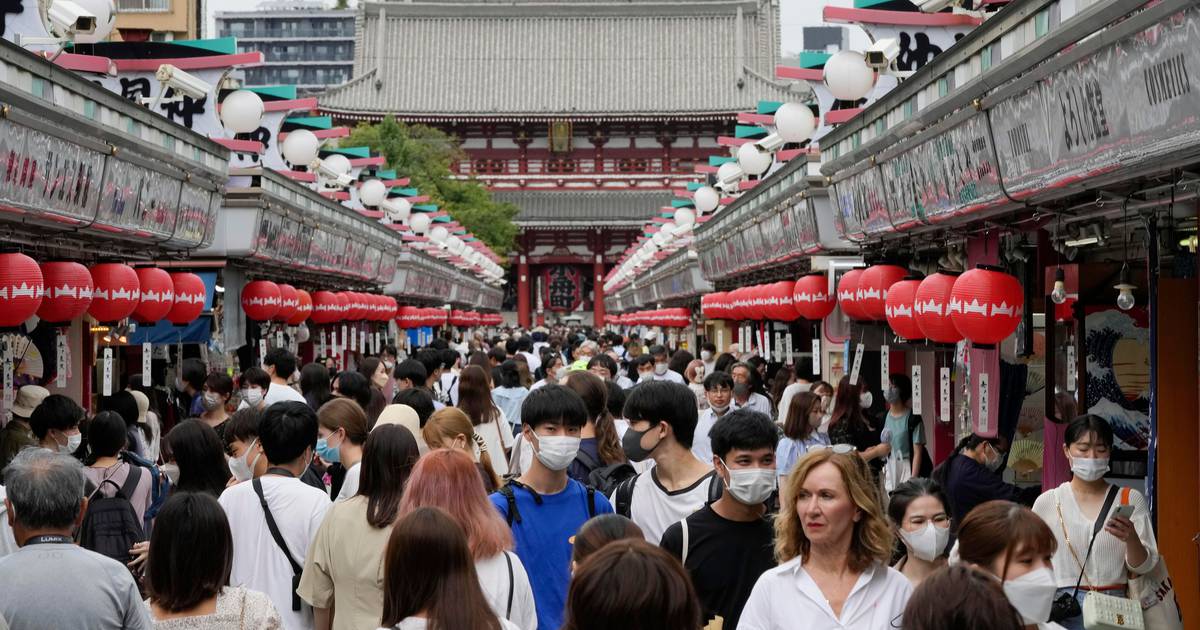 Nearly 2½ years after it instituted some of the world’s tightest pandemic-related border controls, Japan has said it will start to welcome back most tourists next month as it seeks to revitalise a once lucrative travel industry.

Prime minister Fumio Kishida, speaking at the UN General Assembly in New York, said that on October 11th Japan would remove numerical limits on daily arrivals and start allowing tourists — who had been forced to arrange visits and receive visas through travel agencies — to move freely throughout the country.

“People around the world have been asking ‘when can we travel to Japan,” Mr Kishida said during a reception, according to public broadcaster NHK. “Now, I hope they’ll make plans to visit Japan and get a taste of Japanese cuisine.”

The announcement came as two other major Asian holdouts were also moving to lift some of their last border restrictions. Taiwan said Thursday that it would end a mandatory three-day quarantine for visitors by October 13th at the earliest. Hong Kong was expected to announce a similar step on Friday, its biggest move toward living with Covid-19.

When the pandemic hit in early 2020, Japan was quick to shut its borders, locking out virtually everyone who was not a citizen. Reopening the borders, however, has been a drawn-out process, taken in increments long after nearly all other major nations fully reopened.

The decision to throw open the borders comes as Covid-19 cases in Japan have dropped to their lowest numbers in months, and as the country’s currency hovers around its weakest level against the dollar in nearly a quarter century.

While the yen’s plunge has been painful for domestic consumers, the government hopes it will make Japan an attractive destination for tourists looking for a bargain.

Over the past decade, international tourism has become an increasingly important industry for Japan, which heavily promoted travel to the country in the lead-up to the Tokyo Olympics, originally scheduled for August 2020 but held a year later.

More than 30 million international tourists visited Japan in 2019, around triple the number from six years before, according to government data.

When the pandemic hit, the country barred virtually all travel from abroad, making it nearly impossible to obtain a visa for any purpose, including business. Hundreds of thousands of foreign residents who had built lives in the country found themselves locked out for months, separating couples and families.

After vaccinations became available, the country began a tentative reopening. Limited travel for business and study resumed this spring. Tourism, however, was largely limited to people who participated in strictly controlled package tours.

Even as business leaders pressed the government to fully reopen, arguing that Japan was damaging itself by lagging the rest of the Group of 7 developed nations in lifting restrictions, officials moved slowly, with public opinion polls showing support for the tight borders.

Some critics said the government’s decision to keep restrictions in place was based on politics, not science, and warned that Japan was descending into the sort of isolation that had marked earlier periods of its history.

Now, the reopening could unleash a flood of pent-up travel demand, providing a much-needed jolt to the country’s hard-hit travel and hospitality sectors.

But inbound tourism is unlikely to approach pre-pandemic levels anytime soon. Chinese tourists, who accounted for around 30 per cent of inbound tourism in 2019, are severely limited in their ability to travel under Beijing’s strict anti-Covid policies. China is the last major country to keep its borders largely shut in an effort to eliminate the virus.

Domestically, Japan plans to encourage tourism by offering government-subsidised discounts to Japanese residents for hotels, restaurants and some kinds of entertainment, Mr Kishida said. It is a revival of a plan, known as “Go to Travel,” that his predecessor, Yoshihide Suga, introduced in an effort to help domestic tourism after it was wiped out in the pandemic’s early months.

Travellers who wish to enter Japan need to show proof that they have received three shots of a coronavirus vaccine or provide evidence of a negative test taken no more than 72 hours before departing for the country.

This article originally appeared in The New York Times.