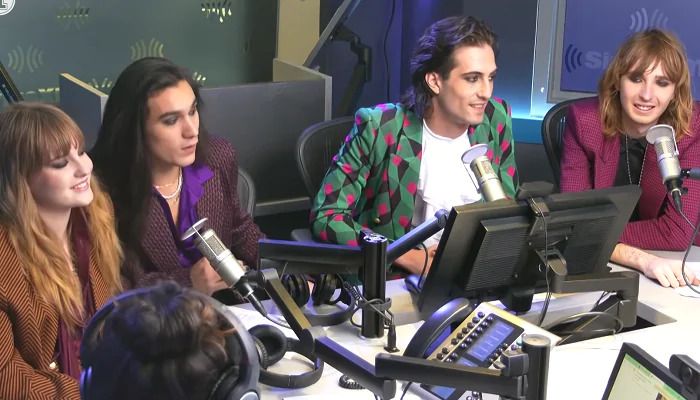 Rome rockers react to way Italian dishes are pronounced in the US.

Italian food is popular all over the world but not everyone pronounces the ‘Made in Italy’ specialities the right way.

During a recent radio interview in the US, the question “Do you get annoyed with the way we say Italian foods?” was put to Rome rockers Måneskin, who won the Eurovision for Italy in May before taking America by storm.

The answer was a polite “no” from bassist Victoria De Angelis, guitarist Thomas Raggi and drummer Ethan Torchio, however the band’s frontman Damiano David was upfront.

“Sometimes, yeah”, he laughed, citing “Brooshetta” as an example, before the radio host began to read a list of Italian foods, pronounced the American way, with Måneskin tasked with saying them correctly.

The test got off to a bad start with “ricotta”, as the only person who guessed what was being said was Damiano.

“They didn’t even know what I was talking about,” said the radio host.

Next on the menu was a rapidly pronounced “pappardell” (pappardelle), followed by another curveball, a mispronounced “panettone”, which provoked confusion and then hilarity from Måneskin.

“They are furious with us”, joked the radio host, before asking “what about pasta fagiol?” (pasta e fagioli), while “ribollita” sparked more laughter from the Italians.

The test ended on a high note however when another presenter cheered with delight after getting top marks from Måneskin for his “calamari”.

Reports in Italian media say the video is further proof that Måneskin are ambassadors of “italianità” in the world.