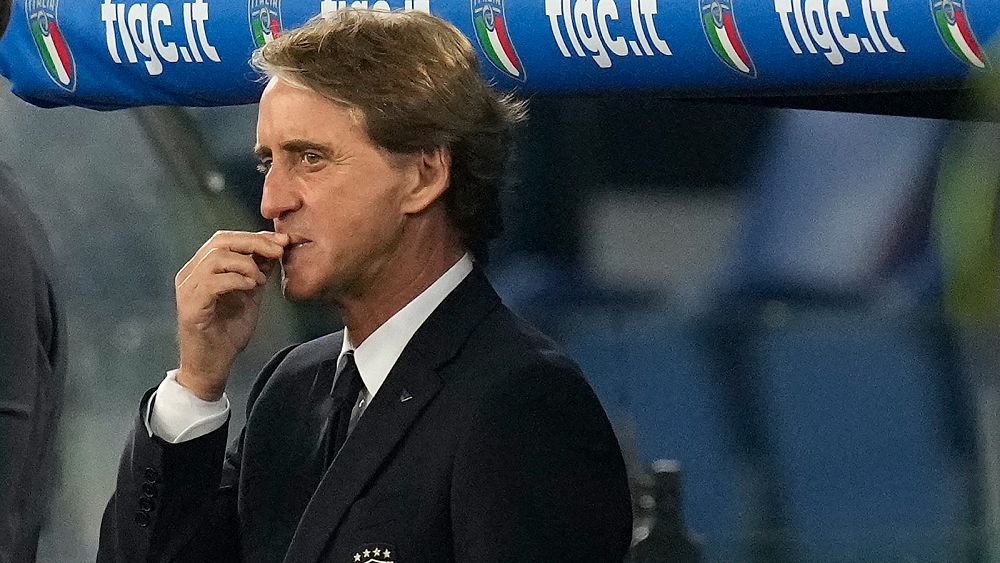 Alessandro Bastoni and Davide Calabria are both injured, while fellow defender Cristiano Biraghi has returned home because of personal reasons.

Four other Italy players withdrew from the squad earlier in the week because of injury: captain and defender Giorgio Chiellini, forward Ciro Immobile and midfielders Nicolò Zaniolo and Lorenzo Pellegrini.

European champion Italy drew 1-1 with visiting Switzerland on Friday to leave both teams level on points at the top of Group C heading into their final qualifiers on Monday.

Italy leads 11-9 on goal difference, which is the first tiebreaker. Switzerland hosts Bulgaria on the same day as the Azzurri’s match in Belfast.

Only the first-place finisher gets a direct spot at next year’s tournament in Qatar. The second-place team goes into the playoffs in March.

Italy failed to qualify for the last World Cup following a playoff loss to Sweden.