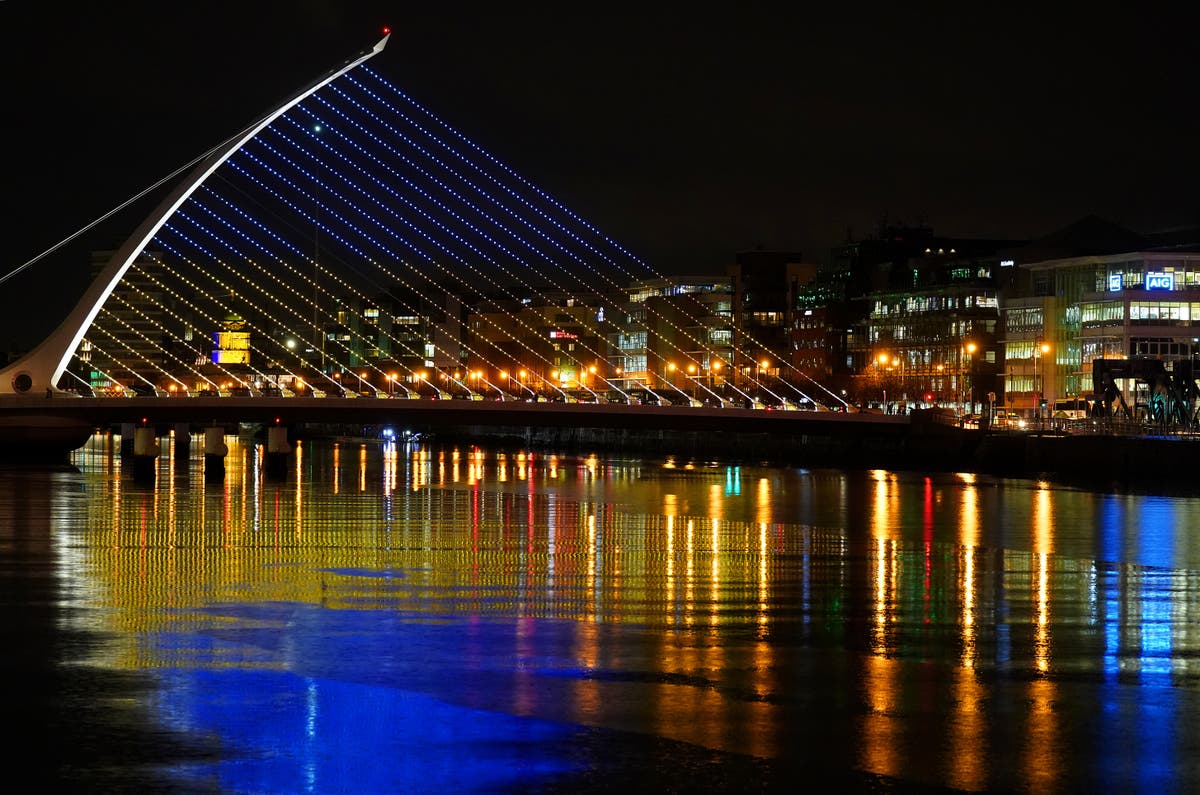 The Republic of Ireland has sent 4,000 blood bags and 50,000 medical masks to Ukraine as part of efforts to support the war-torn country’s health service.

The Government also announced an 18 million euro scheme to support hauliers hit by fuel increases sparked by the war.

It was confirmed on Friday that 4,000 blood bags were donated by the Irish Blood Transfusion Service and sent to Ukraine on Monday from a supplier in Poland, while 10,000 bio-protection suits, as well as 50,000 medical-grade masks and more than 2,500 litres of disinfectant, were dispatched on Friday.

The move is part of an EU-wide scheme to send aid to Ukraine.

The Department of Health confirmed that, alongside the HSE, staff are planning further donations to Ukraine and neighbouring countries as the Russian invasion continues.

The invasion has caused the worst refugee crisis in Europe since the Second World War.

Health Minister Stephen Donnelly stressed how vital these kinds of donations are.

“The ongoing conflict in Ukraine is devastating,” he said.

“I had the opportunity to meet with Ambassador Gerasko earlier this week and am keenly aware of how important these donations are to supporting the Ukrainian response to ongoing conflict.”

“The HSE is co-ordinating a large number of offers of medicines and medical assistance we can provide, and I look forward to confirming further support shortly.”

Darragh O’Brien, Minister for Housing, Local Government and Heritage, said: “What is currently happening in Ukraine is an absolute tragedy. We must pull out all the stops that we can to assist the humanitarian effort that is currently under way.

“The Irish Government recognises the horrors of this conflict and will provide whatever humanitarian support we can.”

He said the “medical donations are critical” to “saving lives”.

Ireland has already taken in more than 2,500 Ukrainian refugees, with thousands more people expected to arrive in the coming weeks and months.

The country has already signed up to an EU-wide fund to provide arms and equipment to Ukraine, although Ireland – as a militarily neutral nation – has committed to providing non-lethal equipment only.

Appearing at an Oireachtas committee on Thursday, Foreign Affairs Minister Simon Coveney indicated that Ireland is preparing to send defence equipment to Ukraine.

He said: “We’re also looking to see what actual gear we can provide as well. We’re making some decisions on that, actually, shortly, having looked at what we have that is spare and available.

“And you’d be surprised – there’s not as much as you might think.

“But there is some military defence equipment that I think would be useful and we’re making decisions on that, actually, as we speak today. And we’ll get it to Ukraine as quickly as we can.”

It will see 100 euro paid per week to hauliers, for an initial eight weeks, for every heavy goods vehicle on their licence.

Transport Minister Eamon Ryan emphasised the importance of the sector in keeping the country running.

“It is critically important to Ireland’s supply chains, both national and international,” he said.

“The past two years have presented many challenges for the sector.

“Brexit, Covid-19, and now the crisis in Ukraine have put a cumulative pressure on the haulage industry.

“Today’s measure reflects Government understanding of that pressure and its recognition of the important role that the haulage industry plays in keeping the country going.”