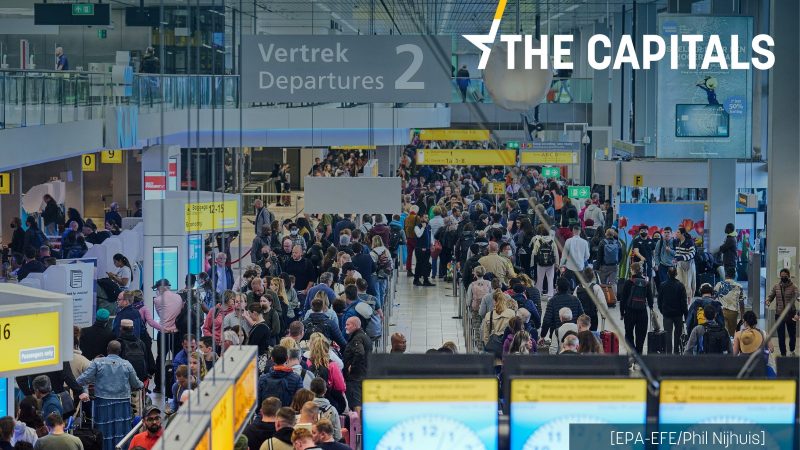 Before you start reading today’s edition of the Capitals, feel free to have a look at the Editor’s take: What direction for EU-UK relations after Johnson’s luck runs out? By Benjamin Fox.

Europe’s aviation infrastructure is buckling under the strain of the en masse return to flying this summer, resulting in chaos at airports, all-too-frequent tales of lost luggage, missed connections, and stranded passengers waiting for hours to speak with frazzled staff. Read more.

French legislative to investigate consultancy overuse in public administration. An investigation is to be launched into the French administration’s over-contracting of consulting firms such as McKinsey and Capgemini for policy inputs, especially in the COVID vaccine roll-out strategy, far-left La France Insoumise MP and Finance Committee chairman Eric Coquerel announced on Thursday. Read more.

Germany to join military mission in Bosnia amid Russian interference fears. Due to Russia’s attempts to destabilise Bosnia and Herzegovina, the Bundestag will vote today on rejoining the EU military mission EUFOR Althea but the mission is currently at risk of having its legal basis stripped. Read more.

Social Democrats on the rise in Finland. The Social Democratic Party is increasing its popularity and narrowing the lead of the liberal-conservative National Coalition Party (NCP), according to a new poll commissioned by the Finnish Broadcasting Company (YLE) published on Thursday. Read more.

Italy’s COVID surge is ‘real reason for concern’, says health foundation. Hospitalisations due to COVID-19 have risen by 33% in the past seven days driving a 36% increase in intensive care ward occupancy, according to the monitoring report by the Gimbe Foundation released on Thursday. Read more.

NGO condemns Sanchez’s silence over border deaths in Spanish enclaves. Following increased border control between Morocco and the Spanish enclaves of Ceuta and Melilla, the Spanish government is remaining silent on alleged violations of international law, a source from the migration NGO No Name Kitchen told EURACTIV. Read more.

Thousands protest for better working, living conditions in Lisbon. Thousands of workers gathered on Wednesday afternoon in Marquês de Pombal, in Lisbon, and set off towards parliament, in a national demonstration for wage and pension increases in the face of escalating inflation. Read more.

Czechia backs Croatian quick Schengen entry. Czechia will strive to ensure that, during its presidency, the EU grants Croatia entry into the Schengen Area, Czech Prime Minister Petr Fiala said on Thursday after meeting with his Croatian counterpart in Prague. Read more.

Pesticide reduction law ignores our starting point, says Slovak agriculture ministry. The Slovak Ministry of Agriculture has voiced reservations about the new legal framework for the use of pesticides, which the Commission proposed in June as part of the Nature restoration law. Read more.

Slovenia’s Geoplin to vie for Italian LNG terminal capacity. Geoplin, Slovenia’s largest distributor of natural gas, has confirmed that it will be competing for capacities of the liquefied natural gas (LNG) terminal in Rovigo, near Venice, after not having been awarded a contract for spare capacity at the LNG terminal on the Croatian island of Krk. Read more.

No legal progress in Albania as thousands still missing since communist regime. Progress on finding the remains of some 6,000 people still missing after the fall of Albania’s communist regime is still no more tangible due to disagreements between law enforcement institutions, according to the Files Authority, which reported to the Laws Commission on Wednesday. Read more.