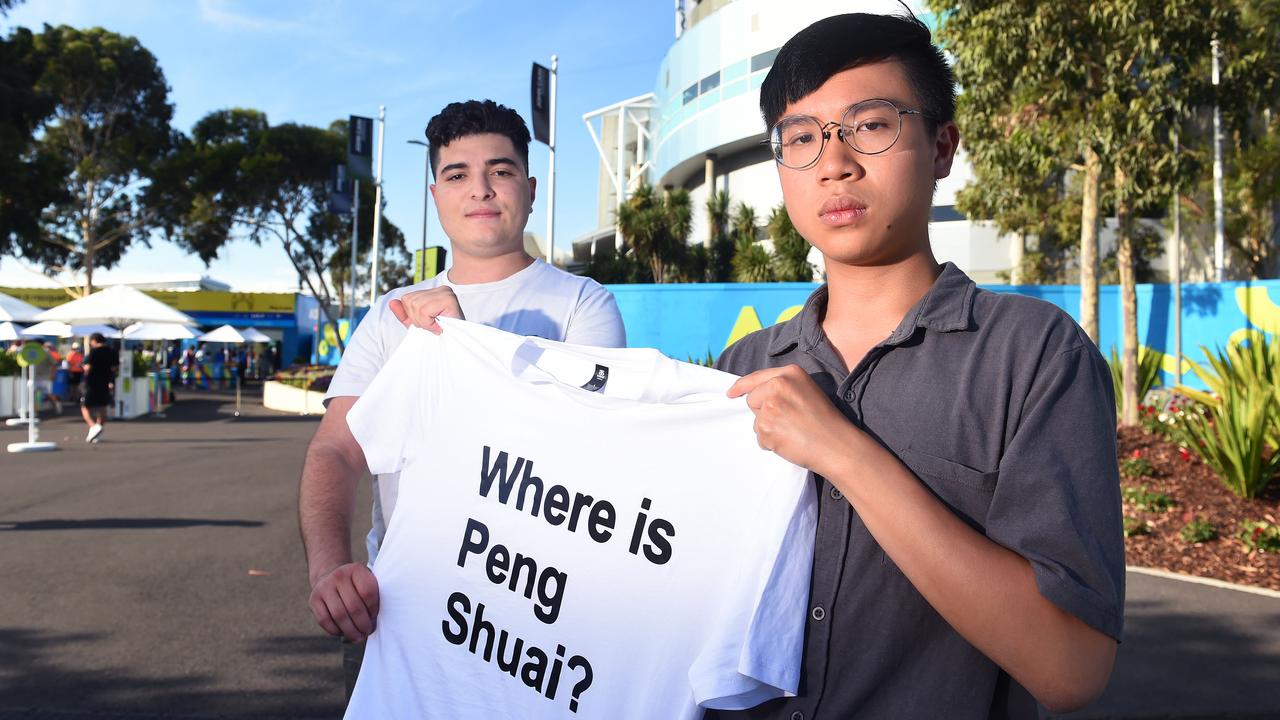 Australian human rights activist Drew Pavlou has claimed he was “treated like a terrorist” while being ejected from the men’s Wimbledon final for staging a protest against the Chinese Communist Party.

Mr Pavlou, a renowned 22-year-old anti-communist activist who ran for the Senate under his Drew Pavlou Democratic Alliance Party, staged the protest over the whereabouts and wellbeing of Chinese women’s tennis player Peng Shuai.

The highly anticipated decider between Nick Kyrgios and Novak Djokovic on Sunday was interrupted during the third set when Mr Pavlou held up a “Where is Peng Shuai?” sign before shouting the phrase.

Played stopped as Kyrgios, Djokovic, officials and the Centre Court crowd looked on for the source of the commotion.

Mr Pavlou alleged that his head was smashed against a wall and his arms were twisted by security while he was being removed.

“Wimbledon security crash tackled me over a row of seats for trying to silently hold up a #WhereIsPengShuai sign. Security guard in the floral blue shirt then pushed me head first down the stairs and smashed my head into a wall while twisting my arms behind my back,” he wrote on Twitter.

“As he smashed me against the wall he said ‘the police are coming to arrest you now’. Team of security treated me like a terrorist, kept my arms twisted really painfully behind my back as they expelled me from the stadium, all while saying they were sympathetic to my cause.”

“A spectator was removed from Centre Court after disrupting play by shouting, running down the stairs and causing a nuisance to their fellow spectators. The individual was removed by security colleagues and escorted off the grounds,” an All England Club spokesman said.

When BBC sports reporter Laura Scott said she was told that the reports of excessive force were “inaccurate”, Mr Pavlou alleged Wimbledon officials were lying to her.

Mr Pavlou revealed he snuck the sign into the stadium by hiding it in his boot.

He also said he did not mean to interrupt the match and only shouted so his message was heard on the broadcast.

“I’m sorry that I disrupted the match for 30 seconds, I tried to pick a break in between games to silently hold up my Where Is Peng Shuai sign but security immediately crash tackled me which is why I shouted out so people would hear Peng Shuai’s name on the broadcast,” he tweeted.

“I didn’t want to disrupt the match, I just held up the sign and security started attacking me, it was only at that point I shouted out Where Is Peng Shuai because I wanted to get the message out, sorry Nick Kyrgios I love you man hope you win the match.”

Kyrgios said post-match he “didn’t get distracted at all” by the incident after losing to Djokovic in four sets.

He also did not speak on the nature, reason or source behind the interruption.

“I didn’t hear or see anything. I just saw a couple of people on each other and they got taken out,” Kyrgios said after being asked by a reporter to describe what happened.

Mr Pavlou thanked Kyrgios for “backing our right to protest”.

There has been global concern for Peng after she alleged late last year that former Vice Premier Zhang Gaoli had sexually assaulted her.

The three-time Olympian’s social media post was taken down and she disappeared from public life before making a limited number of appearances this year.

Mr Pavlou and other anti-CCP activists made appearances at Wimbledon throughout the week asking where she is.