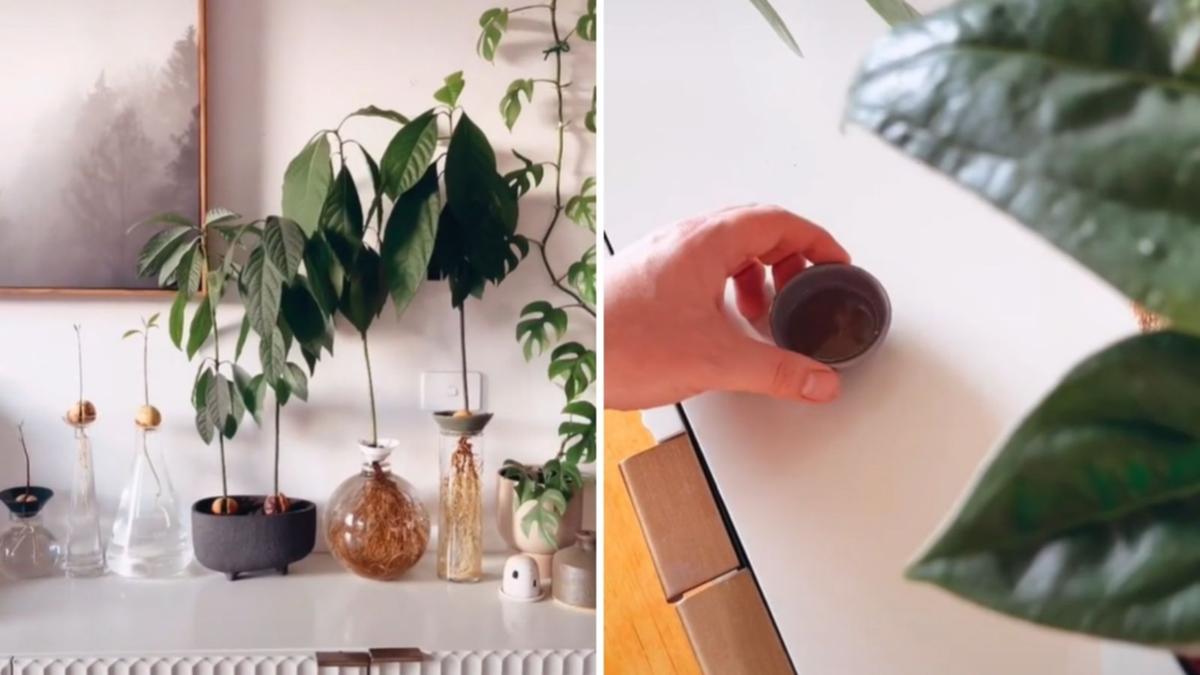 A plant enthusiast has come up with a simple solution for getting rid of pesky gnats and fruit flies around your houseplants for good.

The 29-year-old – who owns more than 60 indoor plants – mixed the ingredients together in a small bowl and placed it near his greenery.

WATCH Brad share his simple houseplant hack in the video above

The method works because fungus gnats and fruit flies are attracted to the sweet smell and taste of apple cider vinegar and honey, and once they dip in for a drink, the sticky dish soap would trap them.

“How annoying are these tiny little bugs? They’re flying around because you’ve got a couple of houseplants. Lets get rid of them. It’s pretty straight forward,” Brad said in his TikTok video.

To make the DIY solution, he simply combined a couple of tablespoons of apple cider vinegar, a drizzle of honey and a “dollop” of dishwashing liquid. Brad said white vinegar works just as well as apple cider.

The video shows Brad placing the small bowl near his plant collection.

“The gnats will be completely attracted to it. They’ll fly in there and will die,” Brad said, adding: “So this will only help to get rid of adult gnats.”

His video has since been viewed more than 68,000 times, with many saying they couldn’t wait to give the method a go at home while others said the DIY solution got rid of the gnats.

‘I did this and it 100 per cent worked for gnats – took a day or two so be patient,” one woman wrote.

While another added: “Thank you for sharing. These stupid bugs have been driving me crazy.”