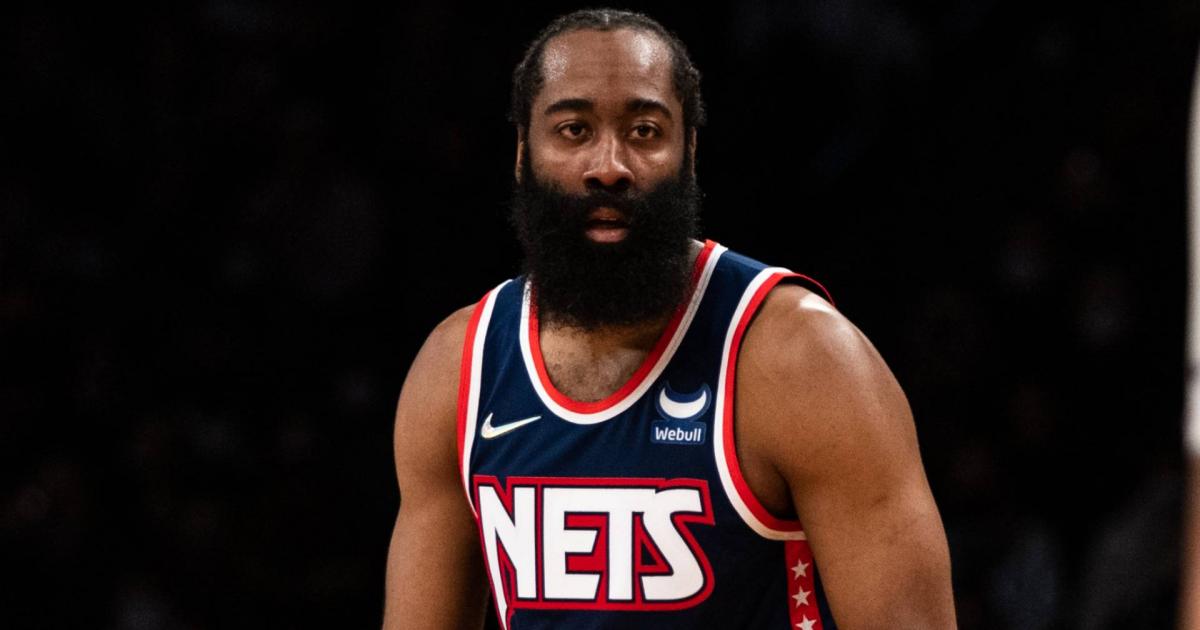 Nets All-Star James Harden has been the topic of discussion ahead of the NBA’s Feb. 10 trade deadline.

How could he not be?

Brooklyn, entrenched in dissension, is in the midst of a free fall in the East standings while dealing with a number of struggles. As a result, Harden is reportedly not too pleased with the situation.

After deciding not to sign a contract extension with the Nets ahead of the season, Harden can become an unrestricted free agent as soon as this summer, stirring up speculation that the Nets could attempt to trade the former MVP before potentially losing him for nothing.

While that might be the worst-case scenario, there are a few instances in which such a situation could become a reality.

While with the Rockets in 2017, Harden agreed to a four-year, $171 million contract extension that had a player option for the 2022-23 season.

Harden, who is earning $44.3 million this season, has a player option worth $47.4 million for the final year of his contract.

In October 2021, Harden elected not to sign a three-year, $161 million contract extension that would have kept him with the Nets through the 2025-26 season.

If Harden opts out of the final year of his contract, he would be an unrestricted free agent in 2022.

How much money can James Harden earn with the Nets?

By electing not to sign an extension in 2021, Harden increased his earning potential.

If Harden elects to remain with Brooklyn in the 2022 offseason, he can do so by opting in for next season and then signing a four-year extension worth roughly $227 million.

With a five-year contract valued at nearly $275 million, Harden would line himself up to make over $60 million in salary a year by the contract’s end.

Because the Nets have Harden’s Bird Rights, he could also opt out of the final year of his contract and re-sign with the franchise for a max contract worth $270 million over five years.

How much money can Harden earn with another team?

If Harden opts out of the final year of his deal to sign with another team outright, he could sign a four-year max deal worth $200.1 million.

MORE: Why a James Harden for Ben Simmons trade might save the Nets season

Alternatively, a team could orchestrate a sign-and-trade that guarantees a higher salary for him to join his preferred destination, only that team would need to have the financial flexibility to match salaries and absorb Harden’s contract.

Which teams have enough cap space to sign James Harden as a free agent?

The short answer is none, but in reality, it is a bit more complex.

As it stands, there will be four teams that will operate under the cap based on early projections. According to Spotrac contributor Keith Smith, the Pistons, Magic, Spurs and Trail Blazers can each create over $20 million of space.

The Trail Blazers situation requires more explanation, as recently-acquired Eric Bledsoe and Josh Hart are on partially-guaranteed contracts for the 2022-23 season.

Per Smith, the Blazers can create between $20 million and $32 million in cap space if they were to waive Bledsoe and Hart and don’t receive the Pelicans’ first-round pick.

Each team would need to make more salary-saving moves to free up a Harden-sized max-contract slot.

How can the 76ers acquire James Harden in the offseason?

Given Philadelphia’s salary obligations, it would have to be via trade.

With team president Daryl Morey looking to pair Harden with All-Star center Joel Embiid, the framework of a two-team Harden-to-Philadelphia deal would have to include one of the Sixers’ other highest earners – Tobias Harris or Ben Simmons.

Harris and Simmons will each earn over $35 million next season but the difference between their contract figure and that of Harden would mean that the Sixers would need to include another player to bring the outgoing salary within 20 percent of Harden’s $47.4 million salary for the 2022-23 season.

The Nets are said to have interest in Sixers sharpshooter Seth Curry ($8.5 million), while young talents Tyrese Maxey ($2.7 million) and Matisse Thybulle ($4.4 million) are viewed by many as untouchable.