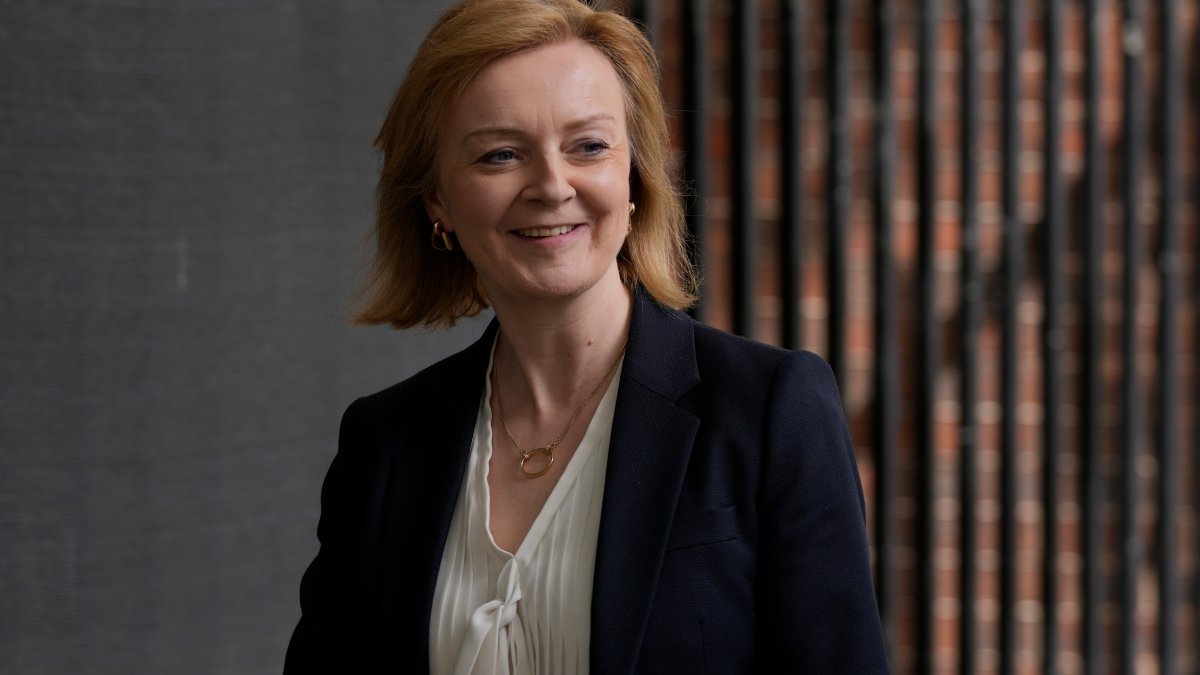 A Conservative leadership contest will take place in the coming weeks after British Prime Minister Boris Johnson announced Thursday he is resigning as the party’s leader — though he will continue to serve as prime minister until a successor is elected by party members.

The attorney general of England, Suella Braverman, and lawmaker Tom Tugendhat have publicly announced they would seek the position. A look at the candidates who could succeed Johnson as party leader and prime minister:

In announcing he would seek the Conservative party leadership, Tugendhat, a 48-year-old lawmaker and former soldier, wrote in the Daily Telegraph he is consulting a “broad coalition” of colleagues to bridge the divides in government.

“I have served before – in the military, and now in Parliament. Now I hope to answer the call once again as prime minister. It’s time for a clean start,” he wrote.

Tugendhat has no ministerial experience, and is reportedly favored by some in the party as a good choice for a new start.

An opponent of the 2016 Brexit referendum, Tugendhat has been a trenchant Johnson critic. He is also among a group of key Conservatives urging the U.K. to take a tougher stand on China.

Braverman, a lawmaker and barrister who became England’s attorney general in 2020, was the first to publicly announce she would seek to become the leader of Britain’s Conservatives.

The 42-year-old told a television interviewer Wednesday she wanted to run for prime minister because she and her family, who arrived in Britain as immigrants, “owe a debt of gratitude to this country.”

Braverman is not well known among the public. Her announcement, made while she still served in Johnson’s government, surprised many.

Braverman was a supporter of Johnson for years but said it was time for him to go.

A euroskeptic and Brexiteer, Braverman was elected to Parliament in 2015. Johnson appointed her as attorney general in February 2020.

Sunak, the best-known of the Conservatives’ potential leadership contenders, quit the government Tuesday. In a damning resignation letter, he wrote, “The public rightly expect government to be conducted properly, competently and seriously.”

“I believe these standards are worth fighting for and that is why I am resigning,” he said.

Sunak was, for a time, widely regarded as the party’s brightest rising star and the bookmakers’ favorite to succeed Johnson.

Sunak, 42, became Treasury chief in 2020, given the unenviable job of steering the slumping economy through the coronavirus pandemic. His policies, including dishing out billions of pounds to help businesses and workers, were generally well-received.

But “partygate” changed those fortunes. Like Johnson, Sunak was fined by police for attending a lockdown-flouting birthday party at Downing Street in June 2020. He has also come under heavy criticism for being slow to respond to Britain’s severe cost-of-living crisis.

Sunak also faced pressure following revelations that his wife, Akshata Murthy, avoided paying taxes on her overseas income, and that the former investment banker held on to his U.S. green card while serving in government.

Born to Indian parents who moved to Britain from East Africa, Sunak attended the exclusive Winchester College private school and studied at Oxford. Some see his elite education and work for the investment bank Goldman Sachs and a hedge fund as a liability because it makes him seem out of touch with ordinary voters.

Wait, why is Prime Minister Boris Johnson resigning? What is going to happen with the U.K. government now, and why should you care as an American? If you’re looking to get up to speed on the situation quickly, Hilary Fordwich, a commentator on the British royalty, joins LX News host Tabitha Lipkin to explain.

Zahawi came to prominence as vaccine minister during the pandemic. A co-founder of the market research firm YouGov, Zahawi was elected to Parliament in 2010. He was born in Iraq to a Kurdish family and came to the U.K. as a child when his parents fled Iraq under Saddam Hussein.

The Times newspaper reported that Zahawi has secretly worked with close allies of Australian election strategist Lynton Crosby on a Conservative leadership campaign.

He is seen by some as a safe choice if other candidates prove divisive.

Javid, 52, also resigned Tuesday, declaring “enough is enough” and that “the problem starts at the top.”

Javid had been health secretary since June 2021, leading the COVID-19 response. He earlier served as Treasury chief, but resigned in early 2020 after clashing with Johnson over his order to fire his advisers. That Johnson brought him back to handle the coronavirus response reflects Javid’s reputation for competence.

A father of four, Javid was first elected in 2010 and has held various posts, including home secretary and leading departments for business, culture and housing.

He ran in the 2019 Conservative leadership election, but was eliminated in the fourth round and lost to Johnson.

The son of Pakistani immigrants, Javid has billed himself as a common-man alternative to his private school-educated rivals — although he had a lucrative career in investment banking before politics.

Truss, 46, took on the high-profile Cabinet post in September after serving as trade minister. She has gained momentum within the party since then and made no secret of her ambitions.

As Britain’s chief diplomat, Truss got a frosty reception from her Russian counterpart, Sergey Lavrov, prior to Moscow’s Feb. 24 invasion of Ukraine.

She is also the U.K.’s lead negotiator with the European Union on issues following Britain’s exit from the bloc. Once a campaigner for remaining in the EU, Truss has become a Brexit champion. Her former role as international trade secretary saw her signing post-Brexit deals and channeling Johnson’s ambitions for “Global Britain.”

Truss is popular with many Conservatives, who see echoes of the party’s first female prime minister, Margaret Thatcher, in the free-market-loving politician. Supporters have coined the slogan, “In Liz We Truss.”

Wallace has won admirers for his straight talk, particularly among Conservative lawmakers who pressed for the U.K. to increase its defense spending.

A 52-year-old army veteran, Wallace has raised his profile as a key government voice in Britain’s response to Russia’s war in Ukraine.

Mordaunt, 49, has emerged as a surprise potential contender, with supporters saying she could help heal party divisions.

Mordaunt played a prominent role in the pro-Brexit campaign and had backed Hunt in the 2019 leadership contest. She was removed as defense secretary when Johnson became prime minister.

She has since returned to government as international trade minister and is popular among Conservative lawmakers.

Shinzo Abe, the former Japanese Prime Minister, was shot while giving a speech in Nara, Japan.

Hunt, a former health secretary and foreign secretary, ran against Johnson in the 2019 leadership race, billing himself as the more serious candidate. He lost heavily, and was dumped from the Cabinet.

He is widely expected to make a new bid for the party leadership. In January, the 55-year-old was quoted as saying his ambition to lead the country hasn’t “completely vanished.”

Hunt has remained a lawmaker, and kept himself in the public eye by grilling ministers and experts as head of Parliament’s Health and Social Care Select Committee.

As a critic of the government’s pandemic response, he may appeal to those seeking a change from Johnson, although some look on him unfavorably for implementing unpopular health care policies.