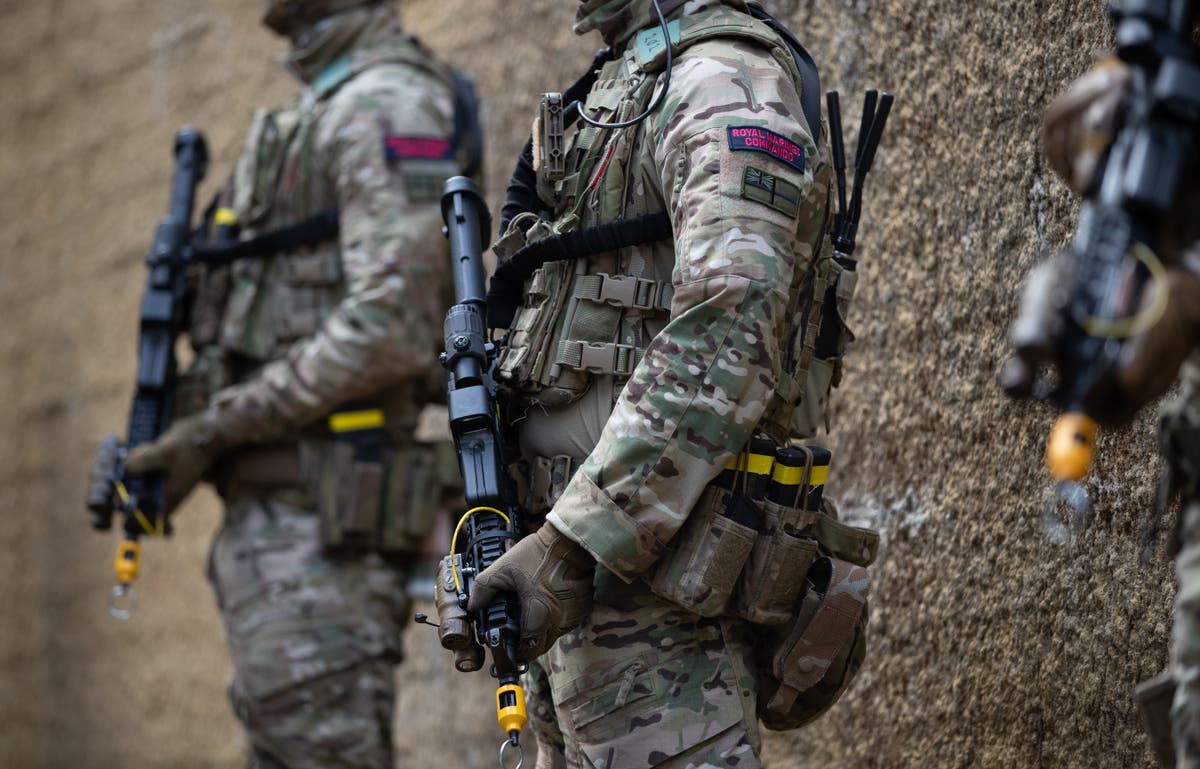 Britain faces its “1937 moment” and must be prepared to act rapidly to prevent the spread of war in Europe, according to the new head of the Army.

In a speech on Tuesday, General Sir Patrick Sanders, the Chief of the General Staff, will say he had never seen such a clear threat to peace and democracy as the “brutal aggression” of Russian president Vladimir Putin.

In his first public engagement since taking up his post, Gen Sanders will say his focus is on mobilising the Army to help prevent the spread of war in Europe by being “ready to fight and win alongside our Nato allies and partners”.

“In all my years in uniform, I haven’t known such a clear threat to the principles of sovereignty and democracy, and the freedom to live without fear of violence, as the brutal aggression of president Putin and his expansionist ambitions,” he is expected to say.

“This is our 1937 moment. We are not at war – but must act rapidly so that we aren’t drawn into one through a failure to contain territorial expansion.

“I will do everything in my power to ensure that the British Army plays its part in averting war.”

He will liken the current situation to the run up to the Second World War, saying Britain must be prepared to “act rapidly” to ensure it is not drawn into a full-scale conflict through its failure to contain Russian expansionism.

His latest warning, in an address to a conference organised by the Royal United Services Institute think tank, comes after he wrote to all the troops under his command telling them they must prepare “to fight in Europe once again”.

Speaking at the same event, Defence Secretary Ben Wallace is expected to issue a fresh call for increased defence spending in the years ahead to counter the growing threat.

His call comes as Prime Minister Boris Johnson prepares to join other Nato leaders in Madrid for a summit at which they are expected to agree the biggest overhaul of the Western military alliance  since the end of the Cold War.

A defence source did not deny reports that Mr Wallace asked Mr Johnson in a letter to lift the annual military budget from the current Nato minimum target of 2% of GDP to 2.5% by 2028.

“We do not comment on alleged leaks. The Defence Secretary and the Prime Minister have always said that the Government will respond to any changes in threat which is why in 2020 the Ministry of Defence received a record defence settlement,” they said.

Liz Truss said Nato should focus on increasing flexibility in resource deployment, the use of modern techniques such as “hybrid warfare, the weaponisation of migration, the use of cyber attack”, and spending more on defence.

“Two per cent needs to be a floor, not a ceiling for defence spending”, the Foreign Secretary said in an interview with Die Welt, La Repubblica and El Pais.

Despite the recent emphasis on new capabilities, such as drones and cyber warfare, Gen Sanders will on Tuesday say that land forces will remain crucial in any conflict, adding: “You can’t cyber your way across a river.”

In a reference to the start of the First War World, he will say that “this is not the rush to war at the speed of the railway timetables of 1914”.

Instead he will say deterring Russia means “more of the Army ready more of the time” from “the general in (Ministry of Defence) Main Building, to the young lance corporal in the barrack room, from the reservist on a weekend exercise, to the civil servant in Army headquarters”.

In his speech, Mr Wallace will reiterate his call for increased investment in defence to meet the changing international environment.

In March, the Defence Secretary wrote to Chancellor Rishi Sunak ahead of his spring statement warning UK defence spending was set to drop below the Nato minimum of 2% of GDP by the middle of the decade unless the Treasury committed more resources.

A defence source said: “The Defence Secretary is expected to emphasise that now that the threat has changed, governments must be prepared to invest to keep us safe.”