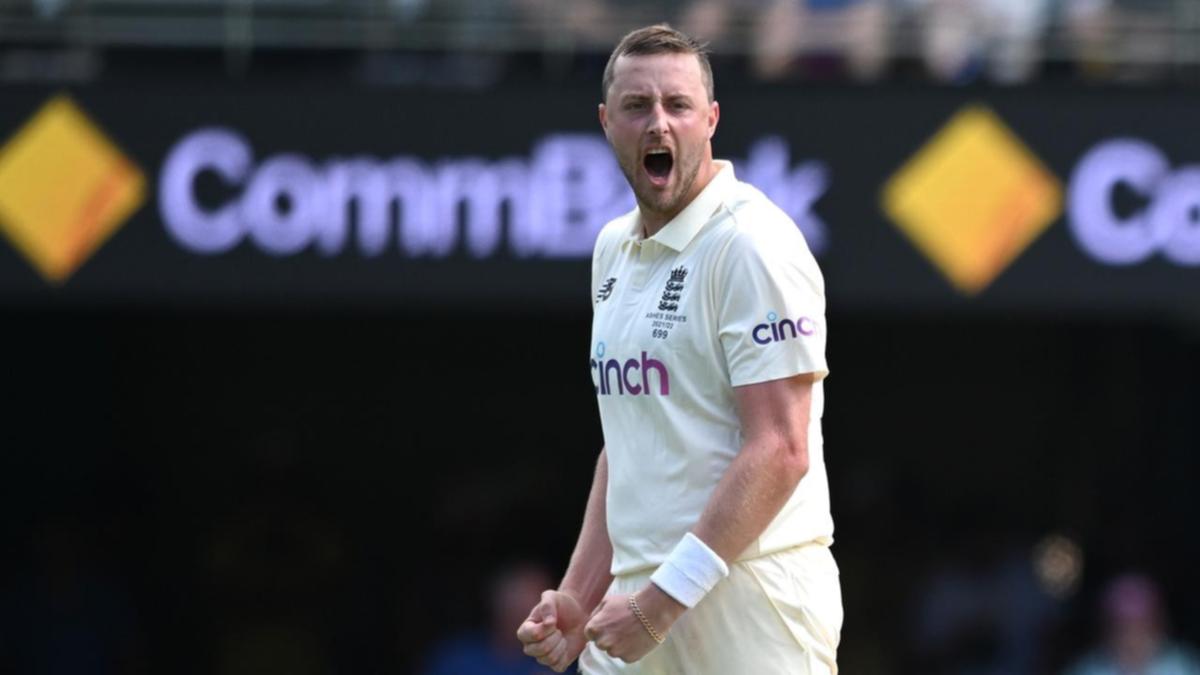 Jimmy Anderson and Stuart Broad still threaten to be the selection snubs that define this Ashes, but Ollie Robinson has at least underlined the logic of England’s bombshell.

Robinson invited Josh Hazlewood comparisons throughout an eye-caching start to his career against Australia, which threatened to be overshadowed by the emergence of unsavoury tweets posted as a teenager.

The obvious question this week, outside why England overlooked the combined 1156 Test wickets worth of experience offered by Anderson and Broad, was how the relatively raw Robinson might fare in local conditions.

The Gabba has broken the resolve of countless touring fast bowlers over the years, most of which struggle to find the right length after hearing tales of the venue’s legendary bounce.

Robinson, who enjoyed the tutelage of Hazlewood and Trent Copeland during a winter spent at Sydney grade club St George, did not fall into the same trap when handed the new ball.

The right-armer dismissed Marcus Harris in a probing spell and continued to bowl with admirable consistency.

It was a commendable performance in the context of England’s recent lack of centre-wicket practice, because of rain, but also because Robinson was enjoying his first taste of Ashes cricket in just his sixth Test.

The 28-year-old bent his back as David Warner and Marnus Labuschagne hunted spinner Jack Leach, and a hobbled Ben Stokes triggered concern in the visitors’ dressing room.

Leach snapped Warner and Labuschagne’s 156-run stand, preventing their bid to bat England out of the contest.

Robinson’s reward came in a momentum-shifting over after tea, when he removed both Warner and Cameron Green with consecutive deliveries.

But the dismissals of Warner and Green, out for a golden duck when he shouldered arms to a pinpoint delivery that kissed the top of off stump, gave England the hope they needed after two lopsided sessions.

Chris Woakes and Mark Wood also did what was asked of them as Anderson and Broad sweated it out in the nets outside the ground.

Woakes’ batting and Wood’s express pace helped them make the cut in England’s XI for the first Test.

In Robinson’s case, selection in favour of Broad was recognition he thrice accounted for Virat Kohli while snaring 28 Test wickets at 19.6 earlier this year.

Robinson last week opened up about how he feared his career was over after being stood down by England because of racist and sexist tweets sent as a teenager.

“It’s been quite a rollercoaster over the last six to eight months,” he said.

“To be here and be with the team, it’s an emotional time.”