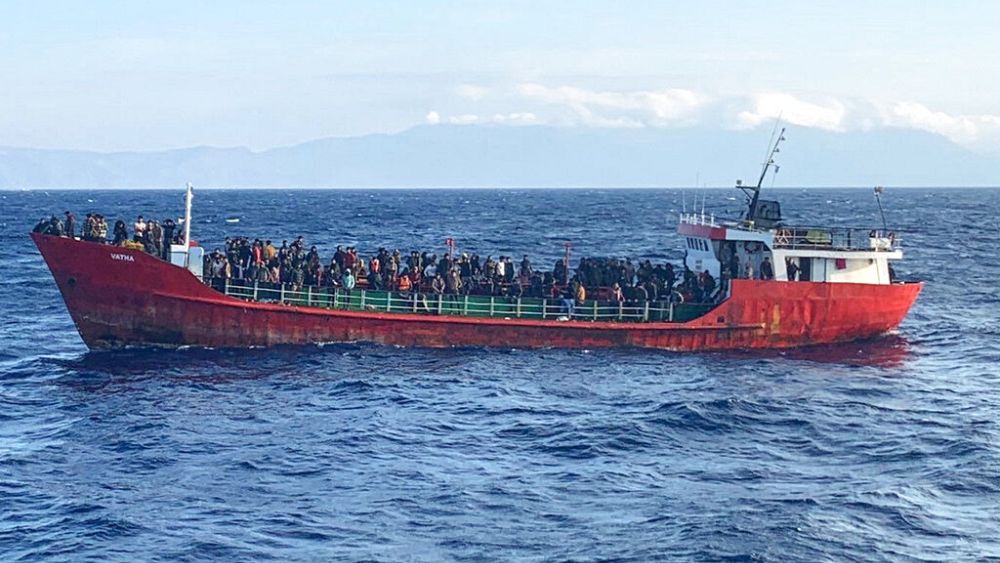 A cargo ship with about 400 migrants on board is headed to a safe anchorage in Greece after suffering engine problems off the island of Crete, the Greek coast guard said on Friday.

The Turkish-flagged freighter was located by a Greek search and rescue vessel after authorities were informed that the ship was in need of assistance, the coast guard statement said,

There was no immediate indication of the passengers” health or nationalities.

“Right now, the important thing is to get the ship to a safe anchorage,” an official with knowledge of the operation told The Associated Press.

A photograph posted by the coast guard on its website showed scores of people, apparently, mostly men, standing in groups on the deck of a small, battered-looking freighter with what appeared to be the name “Vatha” painted on her bows.

The coast guard statement said the ship had set off from Turkey. Its original destination was not clear, but it would likely have been heading for Italy where smuggling rings frequently send migrants by sea — particularly after Greece toughened border policing and maritime patrols over the past 18 months.

Usually, they use yachts, and a large vessel capable of carrying several hundred people would mark a shift in tactics by smugglers.

The coast guard said that because of the number of people on the ship it was “one of the biggest search and rescue operations carried out in the eastern Mediterranean.”

The last time a vessel carrying several hundred migrants was located in Greece was in late 2014, when a cargo ship with nearly 600 people on board was towed by a Greek naval frigate to a Cretan port.