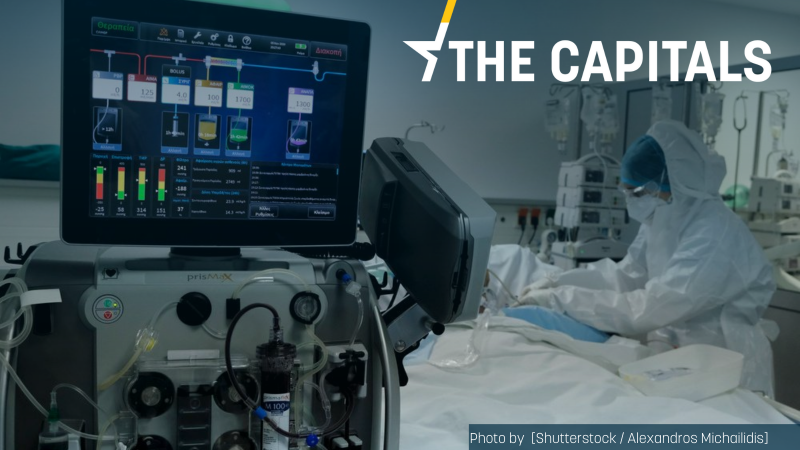 Before you start reading today’s edition of the Capitals, feel free to have a look at the article ‘Could animal-to-human transplantation fill the EU’s organ shortage void?’.

Stay tuned for Clean Aviation’s First Call! The First Call of the European Partnership for Clean Aviation will be launched in early 2022. Visit our website, sign up to our E-news and follow us on social media for more information! Continue Reading >>

While the spread of the Omicron variant has led to record-high infection rates across Europe, many governments are scaling back restrictions and declaring that the end is in sight. But the reality is that some states are still suffering from disproportionately high mortality rates.

The data gathered by our partners across Europe suggests that the rapidly approved COVID vaccine cannot be a panacea and some countries need to do their homework when it comes to the modernisation of healthcare systems. Many analysts in Brussels suggest that the Recovery Fund offers a huge opportunity in this regard. Read more.

German minister: Coalition still unclear on gene editing, animal welfare levy. There is still no agreement in sight within the coalition on several key agricultural issues like gene-editing and the animal welfare levy, German Agriculture Minister Cem Özdemir revealed in an exclusive interview with EURACTIV Germany.

French government mulls easing restrictions, removing vaccine pass. The government is considering relaxing COVID-19 restrictions, spokesman Gabriel Attal announced at the end of the Council of Ministers on Wednesday, where he reiterated his government’s willingness to abolish the vaccine pass if the situation in hospitals improves. Read more.

Johnson issues new Article 16 threat. Boris Johnson on Wednesday warned that the UK would suspend the Northern Ireland protocol if the EU did not show ‘common sense’. Read more.

Prosecutors request trial against Renzi over funding irregularities. The Florence Prosecutors’ office on Wednesday requested the prosecution of 11 suspects, including senator and Italia Viva leader Matteo Renzi, regarding possible irregularities that occurred in the funding of Open, of which Renzi is considered to be the de facto director. Read more.

Portuguese drought on European Parliament agenda. The European Parliament has included a debate on the drought in the Iberian Peninsula on the agenda for next week’s plenary session after the PSD delegation requested an urgent discussion on the situation in Portugal. Read more.

Spanish FM: No moment for ‘war scenarios’ speculation over Ukraine. People should not speculate about scenarios and hypotheses of war in Ukraine, Foreign Minister José Manuel Albares said on Wednesday in Kyiv. Read more.

Polish parliament adopts controversial education law despite opposition. The Sejm, parliament’s lower chamber, rejected the Senate’s veto of a draft amendment to the education law, which, according to its critics, will enhance the government’s control over schools and lead to the politicisation of education. Read more.

Slovak parliament approves controversial US defence deal after bizarre plenary. The disputed Defence Cooperation Agreement was approved on Wednesday with a majority of 79 votes. Voting was preceded by bizarre scenes such as whistling by supporters of the deal and its critics’ occupation of the speaker’s desk. The plenary was accompanied by protests outside parliament. Read more.

COVID-19 to become a ‘normal disease’ in Czechia. The government has decided to abolish most of the county’s measures against COVID-19, with vaccination certificates no longer mandatory in restaurants and other facilities from 18 February. Read more.

Study: Ties with Hungarian government increase public procurement win chances sevenfold. The chances of winning a public procurement contract are seven times higher if you have links to the governing elite according to research published by the Corruption Research Centre Budapest, Telex reported. Read more.

Bulgarian PM provides list of mafia-linked Bulgarians to prosecutors. Bulgarian Prime Minister Kiril Petkov provided the prosecutor’s office with a list of names of Bulgarians who are publicly known to have been involved in crimes, but which the prosecution service has ignored. Read more.

Romanian central bank raises key rate to 2.5%. The central bank decided Wednesday to increase its main reference rate to 2.5%, from 2%, in an effort to keep inflation in check. It is the fourth rate increase in as many months. Read more.

Croatian opposition demand femicide be included as criminal act. The government should include femicide as a criminal act, said Ivana Posavec Krivec, leader of the Social Democrats’ faction in the Croatian parliament – the main opposition. Read more.

Slovenian general election to be held on 24 April. Slovenian President Borut Pahor has called the general election for 24 April, the earliest possible date according to the law and the first scheduled poll after three consecutive snap elections. Read more.

Forceful eviction of citizens without compensation continues in Tirana. The Albanian police forcefully evicted the last remaining residents of the ‘5 Maji’ neighbourhood in Tirana on Wednesday morning, as the municipality proceeds with its plan to demolish some 400 buildings in the area. Read more.