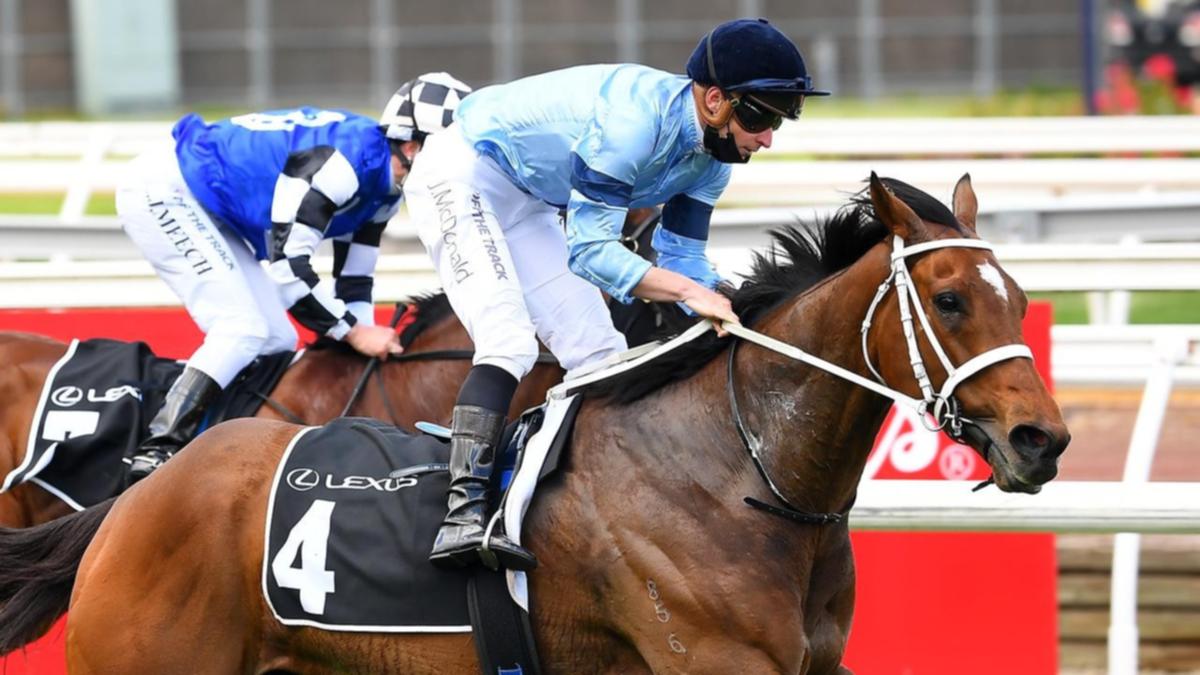 A borderline chance to make the Melbourne Cup field, Great House needed to win the Hotham Stakes at Flemington on Saturday to secure a start.

The Hotham Stakes is a traditional part of the Victoria Derby day undercard and it is programmed with the incentive of a Melbourne Cup start for the winner.

Great House went into the Hotham Stakes just inside the Melbourne Cup field capacity of 24 runners but risked being leapfrogged by horses below him in the order of entry.

Waller took luck out of the equation after deciding to run Great House in the Hotham and the five-year-old did the rest under jockey James McDonald.

One of the popular picks after finishing fifth in the Caulfield Cup, Great House ($3.60) came from the second half of the field to deny favourite Mankayan ($3.50) a Cup start.

“You can say we’re going to save ourselves for the Cup but you could get knocked out if you are on the borderline,” Waller’s stable representative Johanne Taylor said.

“Today we made sure we were in it.”

Great House carried 57.5kg in the Hotham and drops to 50kg in the Melbourne Cup after escaping a penalty for Saturday’s victory.

Waller, yet to win the Melbourne Cup, will have at least three runners in Tuesday’s race with Great House firming from $51 to $26.

Shocking is the last horse to complete the Hotham-Melbourne Cup double in the same year after he was successful in 2009.