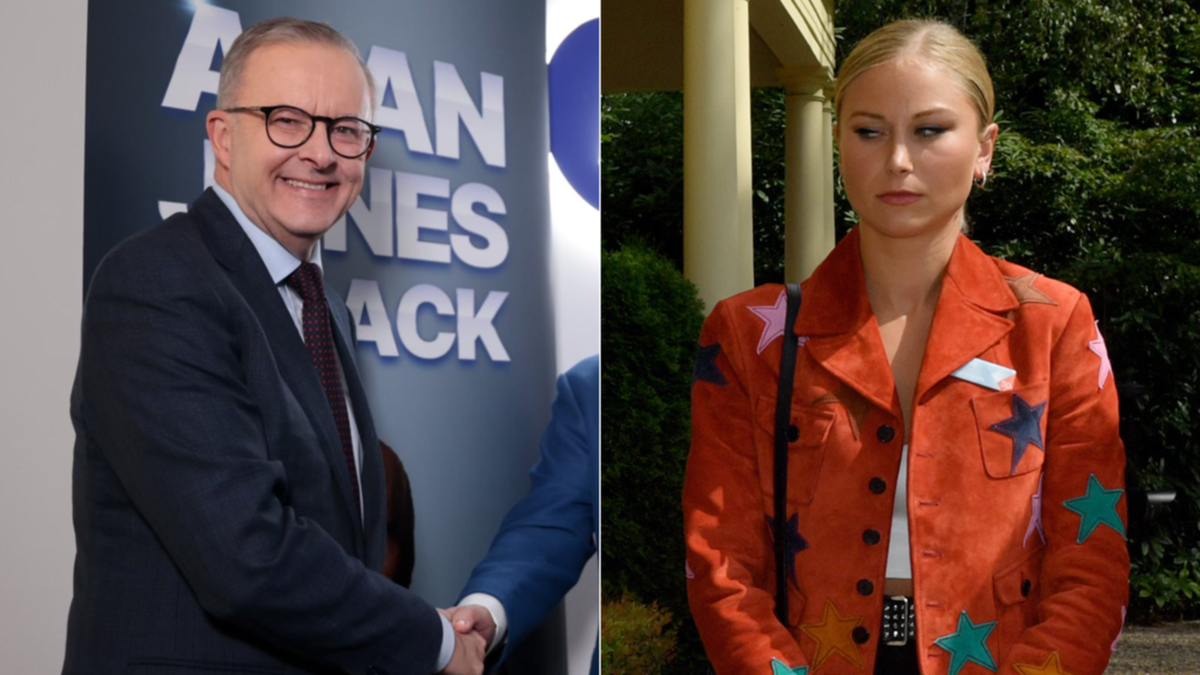 Grace Tame has lashed out at Anthony Albanese after he posed for {a photograph} with broadcaster Alan Jones.

The Labor chief on Monday shared a photograph on his Twitter account, shaking fingers with the previous radio and TV shock jock, who’s relaunching his digital present.

“Good to chat with Alan Jones today in his new Sydney studios,” Albanese captioned the publish.

Jones has a historical past of disparaging feedback in direction of girls, together with New Zealand Prime Minister Jacinda Ardern.

He as soon as stated that she ought to have a “sock (shoved) down her throat” and likewise urged Scott Morrison “gets tough here with a few backhanders”.

Among his critics is Tame, the previous Australian of the Year, who voiced her displeasure that Albanese had appeared on his present.

“Yeah nah, this is where you could’ve just frowned and walked off,” she replied to his tweet.

“Or better yet, not done it.

“There are plenty of other ways to broaden your messaging without enabling known agents of sexism and abuse.

“None of us is obliged to speak to bigots. The optics of this aren’t good.”

She additionally supplied a nod to her notorious chilly shoulder with Morrison, replying to a different tweet: “A wasted side-eye moment.”

Albanese spent Monday promising funding for the training sector in addition to a hospital in South Australia, driving excessive on new opinion polls indicating Labor has prolonged its lead two weeks out from the election.

The newest Newspoll reveals Labor forward 54-46 on two-party most well-liked, up one level from the earlier week, whereas an Ipsos ballot has Labor on a 35 per cent main vote whereas the coalition has dropped to 29 per cent.

At his former highschool, Albanese was greeted by a mob of cheering college students who referred to as him over for selfies and high-fives.

Morrison spent Monday in Gilmore, held by Labor on a slim margin of two.6 per cent.

You can forged your vote from as we speak. Here’s all you have to find out about early voting

‘All the sincerity of a fake tan’: Leaders’ debate spirals into shouting match