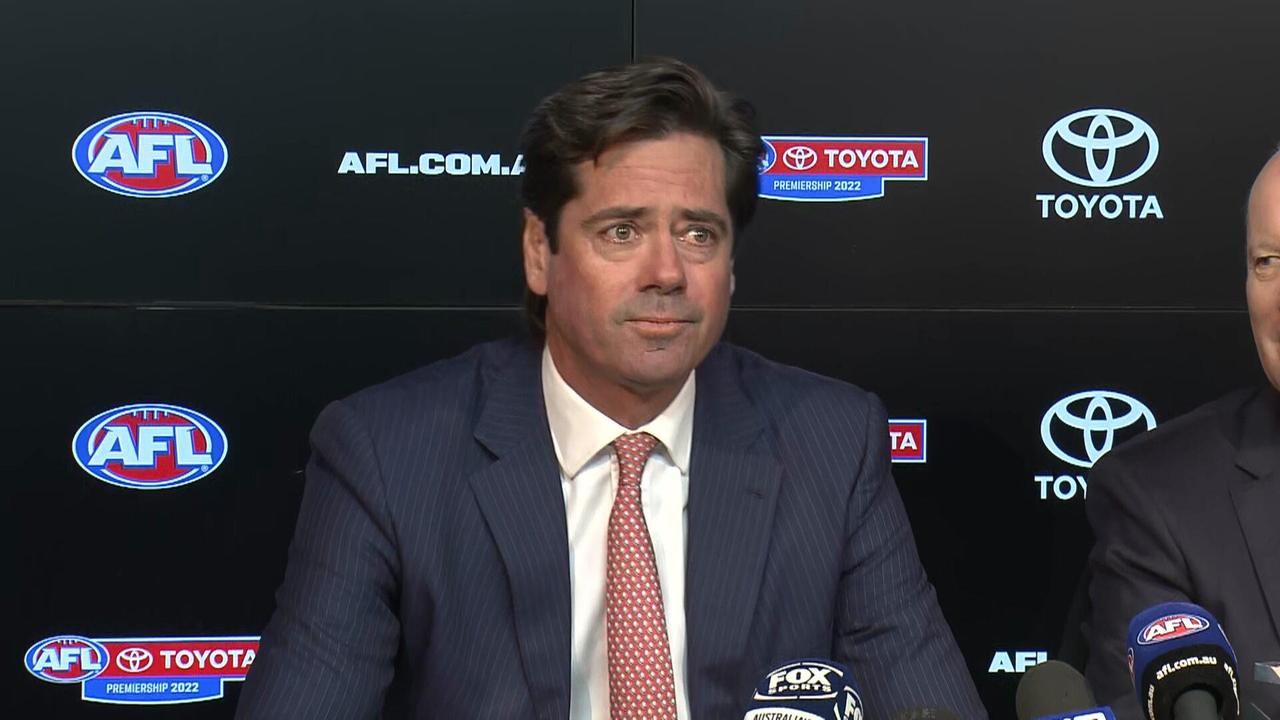 Gillon McLachlan has by no means been afraid to put on his coronary heart on his sleeve, and the AFL CEO was visibly emotional as he introduced that he’ll step down from the function on the finish of this yr.

49-year-old McLachlan had tears in his eyes all through Tuesday’s press convention, and twice choked up as he spoke about his time within the function.

“I’d like to reiterate what I said when I started in that it’s an honour and a privilege to be involved in this game. Best game in the world … it’s why everyone loves it so much,” McLachlan mentioned.

“The responsibility has never been lost on me and I feel good that the game is in better shape now than when I took over, but the scoreboard will be for others to judge.”

He once more struggled to get out the phrases as he opened up on the relationships he had constructed with individuals all through the business.

McLachlan mentioned: “So many people I’ve worked with over such a long period are so talented, dedicated. And I have so many close friends.

“The reality is the AFL has been a huge part of my life. It’s all about the people. I’m not going to individualise other than to say that I could never have imagined that the friendships I’d take from the AFL would be by far the most significant thing of my time here.

“That’s not just at the AFL, it’s across the clubs and our commercial and broadcast partners. The greatest game in the world is so because there’s a bloody lot of passionate and mercurial people in and around it. I think footy brings out the best in them.”

Throughout his press convention, McLachlan tried to compose himself by sipping on water.

He added: “It’s an emotional day… there’s a range of emotions. I don’t have any regrets, let’s be clear about that. There’s no regrets about any part of the role… at some point you look back (with a touch of sadness) and think: ‘It was an amazing journey and it’s all done’.

And there was another emotional moment as he addressed what will come next for his family. He said: “This is my call. It’s clearly emotional because I’m leaving a big part of my life, but it’s the right one. When I stop reflecting on what I’m missing, I’ll look forward – it’ll be another amazing journey for us (family) which will be amazing.”