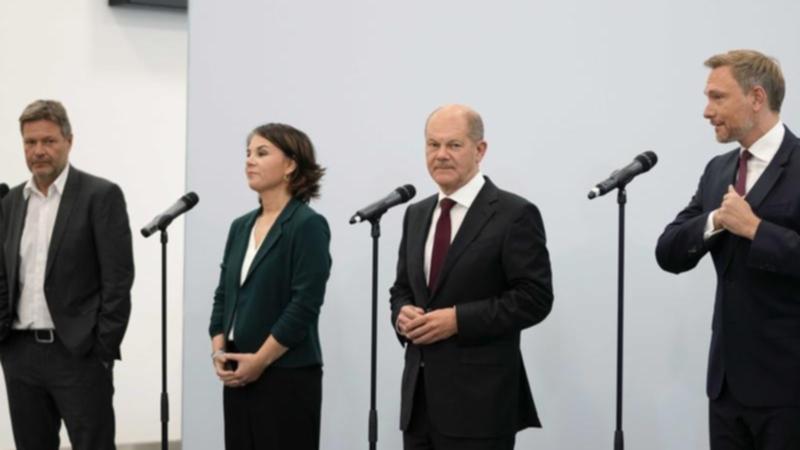 The leaders of three German parties appear poised to present their deal to form a coalition government that will see Social Democrat Olaf Scholz replace conservative Angela Merkel as chancellor.

A news conference scheduled for Wednesday afternoon local time will follow a final round of talks between the centre-left Social Democrats (SPD), the ecologist Greens and the libertarian Free Democrats (FDP), the SPD said in an invitation.

The deal will install the first three-way federal coalition government in Germany since the 1950s and oust Merkel’s conservatives after 16 years in power.

The alliance – named a traffic light coalition after the three parties’ respective colours – has pledged to modernise Europe’s largest economy by upgrading its infrastructure and accelerating measures to protect the climate.

Sources told Reuters on Tuesday the parties had agreed to commit to a coal phase-out by 2030 and to end power generation from gas by 2040.

Onlookers fear the parties will struggle to bridge their stark ideological divides, which could in turn paralyse a European Union that is grappling with threats ranging from the pandemic to the rise of authoritarianism.

Still, the parties have already defied predictions that talks could last into next year or even fail, promising to deliver a deal two months after September’s inconclusive election.