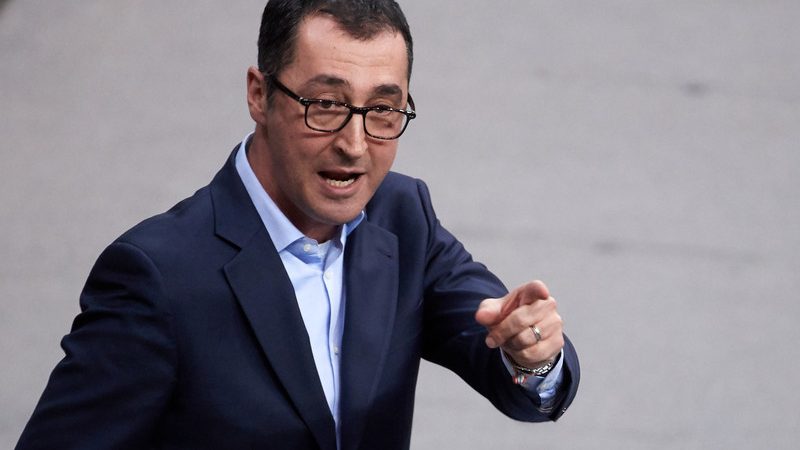 Germany’s designated agriculture minister, Cem Özdemir, has no previous experience to show in the field. But, as long-term Green party chief, he says he has learned how to “build bridges”, and as a former MEP, he is no stranger to European politics.

When the Greens announced their list of ministers for Germany’s new government coalition on 25 November, their choice for the agricultural ministry came as something of a surprise.

“Cem Özdemir was not really on our radar,” Joachim Rukwied, president of Germany’s biggest farmers’ association DBV, told a press conference on Friday.

Still, as former co-chair of the Greens for ten years and the party’s lead candidate in the 2017 election, Özdemir is a well-known face in German politics.

But with his main areas of expertise being foreign policy, the transition to food and farming might seem like a far stretch – so much so that even Özdemir himself admits his only link to agriculture might be that his father, a Turkish immigrant, grew up as a farmer.

“The idea that I will be responsible for agriculture and food in Germany from now on might still seem a bit odd to many people,” he said in an interview with public broadcasting station Deutschlandfunk on Sunday.

However, from Özdemir’s perspective, this is not all that matters. “Technical competence is one thing, but being able to talk to people and bridge different interests is another question,” he added during the interview.

CAP overhaul on the agenda

He said that safeguarding farmers’ livelihoods and supporting consumer interests would need to be combined with animal and climate protection in agriculture.

For a start, this means implementing compromises that others have already made. Once in office, Özdemir said he would “work through” the points enshrined in the coalition agreement as well as the recommendations made by the national commission for the future of agriculture.

In its final report presented in July, the commission called for restructuring the subsidies paid to farmers through the EU’s Common Agricultural Policy (CAP) to achieve climate and environment goals – including a phase-out of direct payments.

The coalition agreement that the three “traffic light” parties, SPD, Greens, and FDP, presented on 24 November also puts an overhaul of national and European CAP policies on the agenda.

Özdemir’s experience as an EU lawmaker between 2004-2009 might help him navigate the Brussels political landscape on questions around the CAP and other EU policies.

Within the Green party, Özdemir is seen as a pragmatist. For him, implementing the agriculture and food section of the coalition agreement will involve selling policies that bear the FDP’s or SPD’s stamp to the more fundamentalist wing of his own party.

On food policy, for example, the Greens had previously called for a sugar tax – a demand they had to give up on during the negotiations because of resistance from the liberal FDP.

The party also seems to have partly caved in to the FDP’s demands on gene editing. While the coalition agreement foresees that the new government will create “transparency on breeding methods”, it does not explicitly reject the use of new breeding techniques – a key concern for many in the Green party.

Despite his lacking experience in the field, the Greens’ choice of farming minister was well-received by farmers’ associations.

“A successful agriculture minister does not necessarily have to smell of stables,” the DBV’s Rukwied said. Instead, what is key is that one has a “pragmatic attitude and is willing to find solutions,” he pointed out.

Rukwied also welcomed the fact that the party has chosen a well-established politician for the post. “From my perspective, this is a signal from the Greens that they attach great importance to agriculture as a topic.”

“The fact that Cem Özdemir has so far not stood out as an agricultural policy expert is not an argument against him,” said the organisation’s federal chairman, Georg Janßen. He added that it was more important whether the new minister would “tackle the sizeable economic, social and ecological challenges together with farmers”.

The EU’s agricultural subsidies should be restructured to achieve environment and climate goals, including a phase out of direct payments and the reduction of livestock, according to a milestone report from the German commission on the future of agriculture. EURACTIV Germany reports.