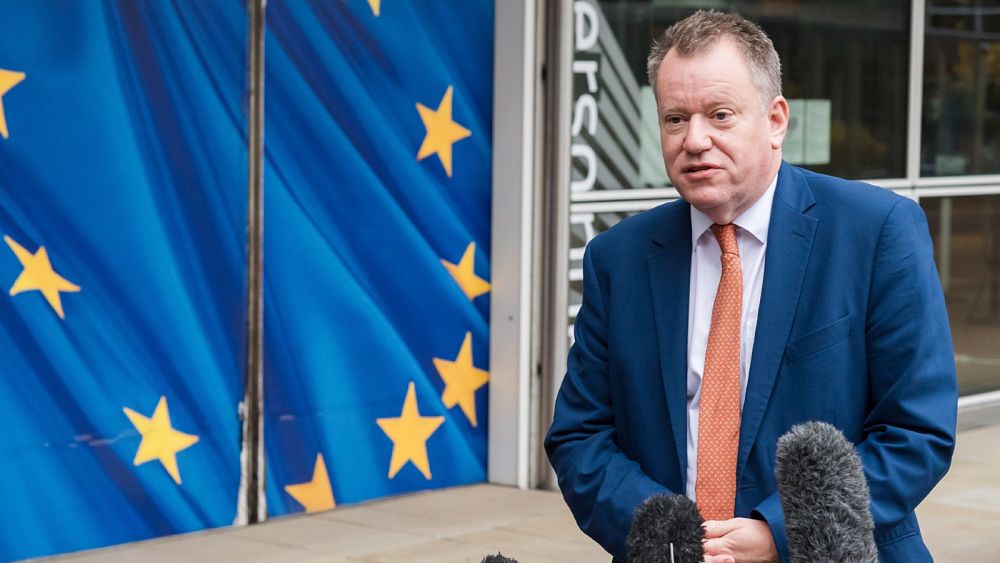 Britain”s Brexit chief David Frost is back in Brussels today to resume talks on a trade dispute.

The feud is over the Northern Ireland Protocol, which was part of the Brexit deal between the United Kingdom and the European Union.

It left Northern Ireland — part of the UK — inside the EU’s tariff-free single market for goods, to ensure there is an open border on the island of Ireland. That is necessary because the Republic of Ireland is an EU member.

Avoiding a hard border is a key pillar of avoiding a return to the sectarian violence that blighted the region for decades.

Instead, EU-UK border checks are made on goods coming into Northern Ireland from the British mainland.

But the UK, despite signing up the arrangement, says it’s not working.

London has delayed imposing new checks on goods sent from Britain and is demanding a complete overhaul of trading arrangements.

Brussels has offered concessions but ruled out renegotiating the protocol.

Now, after weeks of talks, Britain is threatening to suspend parts of the legally binding Brexit divorce agreement.

Frost muted hopes for a positive development on Friday saying he “would not expect any breakthroughs on anything today” but added on some issues “we’re making better progress on than others.”

Frost said triggering an emergency break clause known as Article 16 was a possibility if there is no deal.

Article 16 lets either side suspend portions of the Brexit agreement in extreme circumstances.

A move by Britain to use it would trigger EU retaliation and could spiral into a trade war between the 27-nation bloc and its increasingly estranged former member.