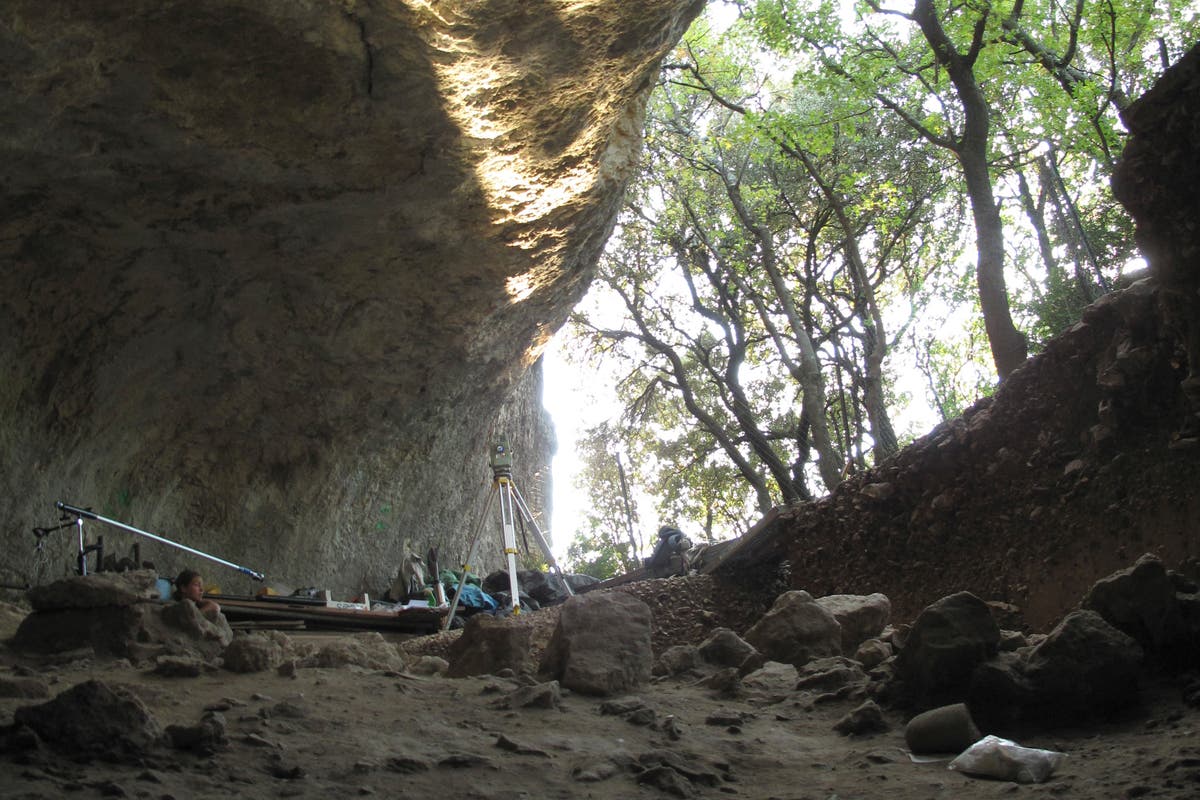 A hillside dwelling overlooking the picturesque Rhone Valley in southern France proved irresistible for our ancestors, attracting both Neanderthals and modern humans long before the latter were thought to have reached that part of Europe a new study suggests.

In a paper published Wednesday by the journal Science Advances researchers from Europe and the United States described finding fossilized homo sapiens remains and tools sandwiched between those of Neanderthals in the Mandrin Grotto, named after an 18th-century French folk hero.

“The findings provide archaeological evidence that these hominin cousins may have coexisted in the same region of Europe during the same time period,” the team said.

Using new techniques, the authors dated some of the human remains to about 54,000 years ago — almost 10,000 years earlier than previous finds in Europe, with one exception in Greece.

“This significantly deepens the known age of the colonization of Europe by modern humans,” said Michael Petraglia, an expert on prehistory at Germany’s Max Planck Institute for the Science of Human History.

Petraglia, who was not involved in the study, said it had major implications for understanding the spread of modern humans and our interactions with the Neanderthals.

The researchers said they spent more than 30 years carefully sifting through layers of dirt inside the cave, which is 140 kilometers (87 miles) north of the French Mediterranean city of Marseille. They discovered hundreds of thousands of artifacts that they were able to attribute to either Neanderthals or modern humans. These included advanced stone tools known as “points” that were used by homo sapiens — our closest ancestors — to cut or scrape and as spear tips.

Similar tools from almost the exact same period have been found some 3,000 kilometers (nearly 1,900 miles) away, in present-day Lebanon, indicating that modern humans with a common culture may have traveled across the Mediterranean Sea, said Ludovic Slimak, one of the lead authors of the new study.

While the researchers found no evidence of cultural exchanges between the Neanderthals and modern humans who alternated in the cave, the rapid succession of occupants is in itself significant, they said. In one case, the cave changed hands in the space of about a year, said Slimak.

Katerina Harvati, a professor of paleoanthropology at the University of Tuebingen, Germany, who was not involved in the study, said the findings upend the idea that most of the European continent was the exclusive domain of Neanderthals until 45,000 years ago.

However homo sapiens’ first venture into the region wasn’t particularly successful, she noted.

“Mandrin modern humans seem to have only survived for a very brief period of time and were replaced again by Neanderthals for several millennia,” she said.

Slimak, an archaeologist at the University of Toulouse, said the findings at Mandrin suggest the Rhone River may have been a key link between the Mediterranean coast and continental Europe.

“We are dealing with one of the most important natural migration corridors of all the ancient world,” he said.

He and his colleagues expect to publish several further significant findings based on the mountain of data collected from the cave. Slimak said a steady supply of sand carried in by the local Mistral winds has helped preserve a rich trove of treasures that rivals other famous archaeological sites.

“Mandrin is like a kind of Neanderthalian Pompeii,” he said.