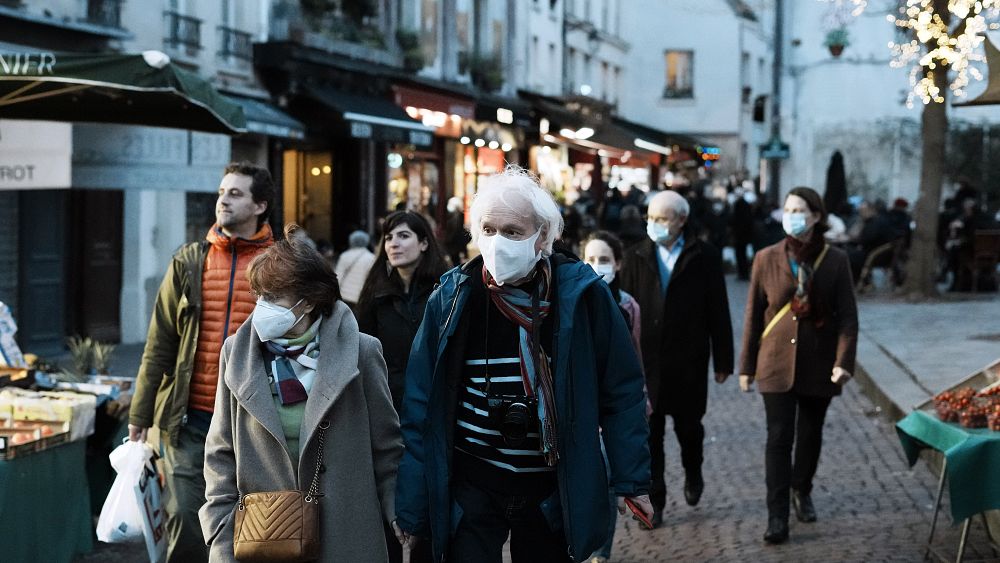 France reported 271,686 daily COVID-19 infections on Tuesday, a new record as the new Omicron variant continued to spread throughout the country.

The previous record was around 230,000 new cases in a single day last week.

As the fifth wave of the coronavirus pandemic — propelled by the Omicron variant — continued to take its toll, nearly 3,000 people were admitted to hospital in the latest 24 hour period.

Figures from the French national health agency showed that more than 20,000 patients were in hospital with COVID-19, an increase of 2,881 since Monday. Another 297 COVID-related deaths in hospital were registered.

While France closed nightclubs in December amid rising COVID cases, the government shied away from imposing stricter measures over the holidays, focussing instead on pushing a COVID-19 booster dose campaign.

Around 76% of France’s population is fully vaccinated against COVID-19, and more than 40% of people aged 12 and over have received a booster jab.

Several new measures have now come into effect in the new year, including a mask mandate on children from the age of six in indoor spaces and bars and restaurants only being able to serve people who are seated.

Gatherings have also been limited to 2,000 people indoors and 5,000 outdoors, and face masks must be worn in city centres.

Meanwhile, the French parliament is debating turning the current “health pass” into a “vaccine pass” which would prevent people who are unvaccinated from accessing certain public spaces, even with a negative test.

In the second to last week of the year, the incidence rate of COVID-19 in France increased by 50%, Public Health France said, with the rate above 1,000 cases per 100,000 people in four regions.

Since the beginning of the pandemic, more than 124,000 people have died due to COVID-19.