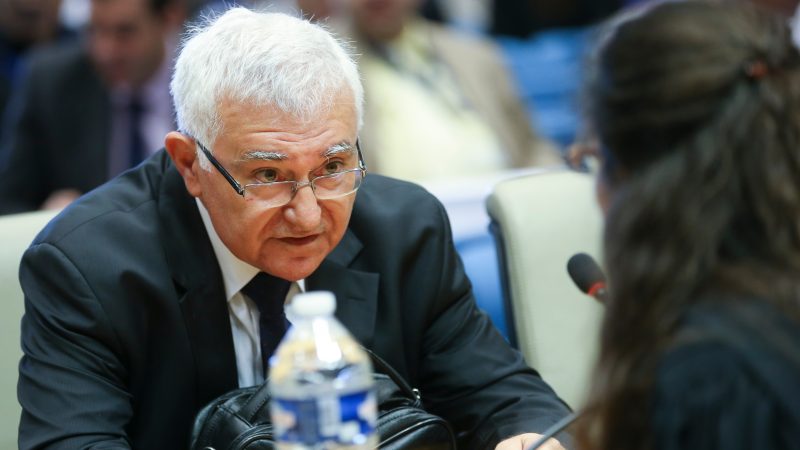 Former EU health commissioner John Dalli appeared in a Maltese court Wednesday (9 February) charged with bribery and trading in influence over a tobacco lobbying scandal that caused his resignation a decade ago.

The 72-year-old strongly denies involvement in alleged efforts to overturn an EU ban on snus, a type of oral snuff that originated in Sweden.

One of Dalli’s associates at the time, Silvio Zammit, is accused of asking for a €60-million bribe from snus producer Swedish Match to get the ban lifted.

Dalli resigned as the EU’s top health official in October 2012 after an investigation by the bloc’s anti-fraud office OLAF into a complaint lodged by Swedish Match.

Various allegations against Dalli were made by Malta’s investigative journalist Daphne Caruana Galizia in her blog ‘Running Commentary’. Dalli called her ‘a perverse criminal’. She was murdered in October 2017.

Alfred Mifsud, the Deputy Governor of the Central Bank of Malta, took money from tobacco giant Philip Morris to entertain a relationship with then Commissioner for Health John Dalli, responsible for EU’s tobacco legislation portfolio, according to an well-respected investigative journalist in Malta.

OLAF found no money changed hands, and “did not find any conclusive evidence of the direct participation of Mr Dalli, but did consider that he was aware of these events”.

Dalli has repeatedly said that he was framed, set-up by the tobacco lobby to delay his draft anti-smoking legislation.

Malta was quick to charge Zammit, whose case remains ongoing, but only recently moved against Dalli. His trial is expected to take some time.

Snus, which contains nicotine, comes in small, teabag-like pouches which are placed under the lip.