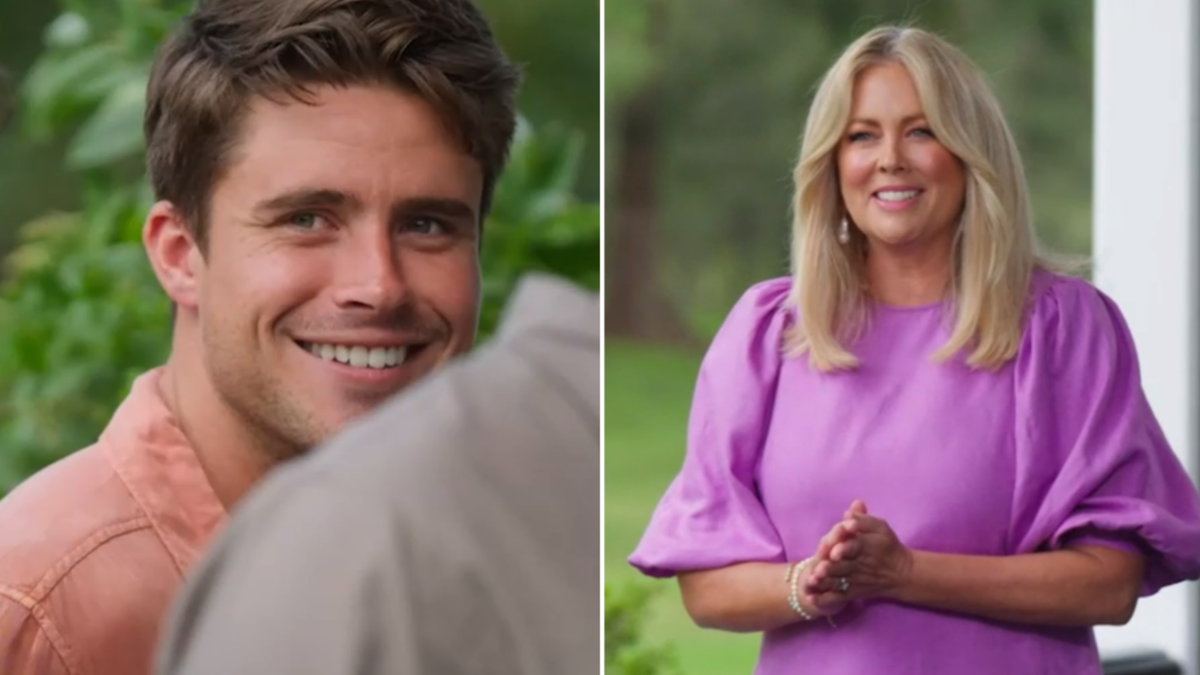 After spending weeks with their favourites, the Farmer Wants A Wife farmers were hit with a fresh surprise from special guest Samantha Armytage on Tuesday night’s episode.

To make sure everyone had the opportunity to meet their perfect match, Sam had searched the country to find two more partners for each farmer to meet.

WATCH THE VIDEO ABOVE: Sam Armytage plays cupid on Farmer Wants A Wife

She selected people she thought would love the farm life, be ready for a challenge, and had the personal qualities each farmer was looking for in a partner.

The farmers were equally nervous and excited to meet their two newbies, knowing this could potentially radically change the dynamic back on their farms.

The latecomers said they weren’t afraid of the connections the farmers had already established with their existing partners – but their presence was sure to ruffle a lot of feathers.

And, in a delightful twist, Paige was invited back to meet two new men, 27-year-old NSW driller Cody and 34-year-old NSW builder Ayden, after failing to build a special connection with her previous matches.

Each farmer got to have some one on one time with both of Sam’s picks to see if they connected, felt an attraction, or had some good banter that could develop into something more.

Then, they had to stand in front of both matches and tell one they were coming back to the farm – and the other that they were going home.

For Harry, it was all about bubbly blonde Bronte.

“She blew me away,” he admitted.

“It might cause a bit of strife with the other girls, but I’m happy.”

Lyndsay in tears of pain after Farmer Benjamin’s confession

Benjamin chose Madelene, because she had “a whole bunch of energy, and I can’t ignore that.”

Farmer Ben chose Kiani, who made him laugh, and who he felt would jump into the experience.

Paige was drawn to both men – and got to take both of them back to the farm to see if she could further develop a relationship after previously sending both her partners home.

And finally farmer Will chose Holly, whom he was immediately attracted to.

So, how will this new development affect the ladies sitting back home on the farm?

Will these new interlopers manage to put a serious spanner in the works?

The plot on Farmer Wants A Wife has definitely just thickened.

Farmer Wants A Wife continues Wednesday night at 7.30pm on Channel 7 and 7plus.