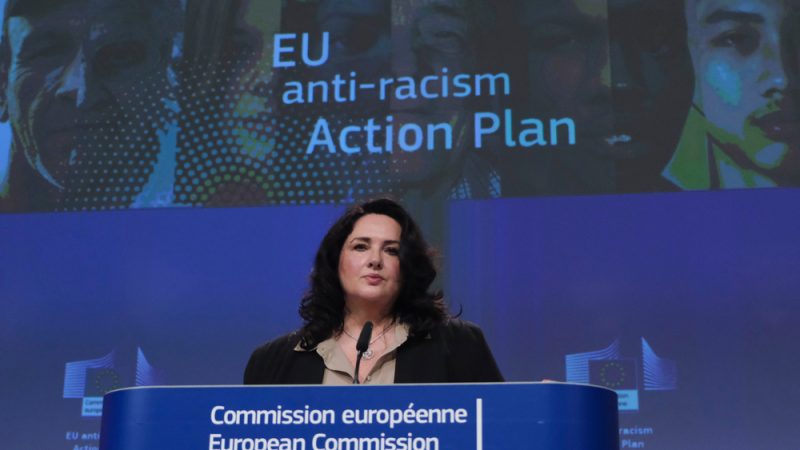 Member states must take more concrete and legally binding steps to ensure equality in public and private institutions, and policy-making, according to experts at the recent Conference on Promoting Equality Mainstreaming on Friday 19 November.

Equality mainstreaming refers to a process where equality is included in the day-to-day working of an entity and is considered in policy design in any field.

“Every policy and every funding must have a strong equality dimension,” said Commissioner for Equality Helena Dalli during her keynote speech at the Conference organised by Equinet, the European Network of Equality Bodies, adding that for this purpose, “equality mainstreaming is an important tool.”

Another speaker at the event, independent equality and diversity expert Niall Crowley, said that equality mainstreaming is key to achieving equality in practice because it “places equality concerns at the heart of decision-making.”

As such, it not only fights individual instances of discrimination but also tackles the underlying structural causes, he said, adding that “equality mainstreaming makes for a better and more effective policy for all.”

The example of equality duties

Statutory equality duties are just one example of how institutions can support equality mainstreaming.

As Ketevan Shubashvili, Head of Equality Department at the Ombudsman in Georgia, highlighted, “equality duties go beyond the general obligation to refrain from discrimination, but instead, they are legal obligations to promote equality and prevent discrimination.”

According to Crowley, equality duties must be “positive duties, advancing what we want to achieve”, rather than imposing fines on those that do not comply with equality standards. “Changing the organisational culture is important”, he said, “as the key driver needs to be internal.”

Such duties can have different designs. They include the duty to plan for equality outcomes (equality planning), public bodies to coordinate action based on shared equality outcomes across various policy fields, and an institutional process that focuses on addressing equality issues in all plans and programmes.

Anne Gaspard, Executive Director at Equinet, highlighted, “under Commissioner Dalli’s leadership, the Union of Equality is becoming a reality.”

However, there are still issues with the implementation of equality mainstreaming and positive duties.

The institutional setup of certain bodies remains inadequate, according to Crowley, who said the “complexity of the process”, the technical approach, as well as a mismatch with “traditions and current processes” further hinders the proper implementation and use of equality duties.

“Equality bodies are important for the effective implementation of positive duties”, said Crowley, adding that they have built up considerable expertise in mainstreaming equality.

What makes these bodies successful in their work, according to Vilma Gabrieliūtė, Head of equal opportunities mainstreaming group at the Ombudsperson of Lithuania, is their approach itself: “the role of the equality body in supporting equality mainstreaming by public and private sectors is not to punish, but to support and to encourage.”

The EU has already done a lot of work in the past years, including the Anti-Racism Action Plan, the Commission’s decision to set up a Task Force on Equality, which aims at integrating an equality perspective in all EU policies and major initiatives, and other recent actions.

Yet, more needs to be done to ensure that equality mainstreaming is properly applied throughout all policy fields. To achieve this, Crowley proposed three possible steps.

The first step is to even out the development of duties across the EU Member States, which remains uneven. He also said the growing focus on equality duties within the EU Commission could find its way into Member States’ development of equality duties. Lastly, Mr. Crowley highlighted that “equality bodies themselves need to give priority to equality mainstreaming and supporting its implementation, as well as building their own capacity in this area.”

A further step could be to ensure that equality considerations go beyond the current focus on public institutions and apply to the private sector.

(Anti)-discrimination in Europe: Where next?

As the European Commission is looking to come up with new laws next year to boost the prominence and independence of the bloc’s equality bodies and strengthen victims’ rights as part of EU treaties, it is time to take stock of the long-standing issues of racism and discrimination in Europe.

This article is part of the MINDSET project, co-financed by the European Commission (DG JUST) through the REC Programme. Find out more about MINDSET and our content on non-discrimination in Europe by checking out our website.