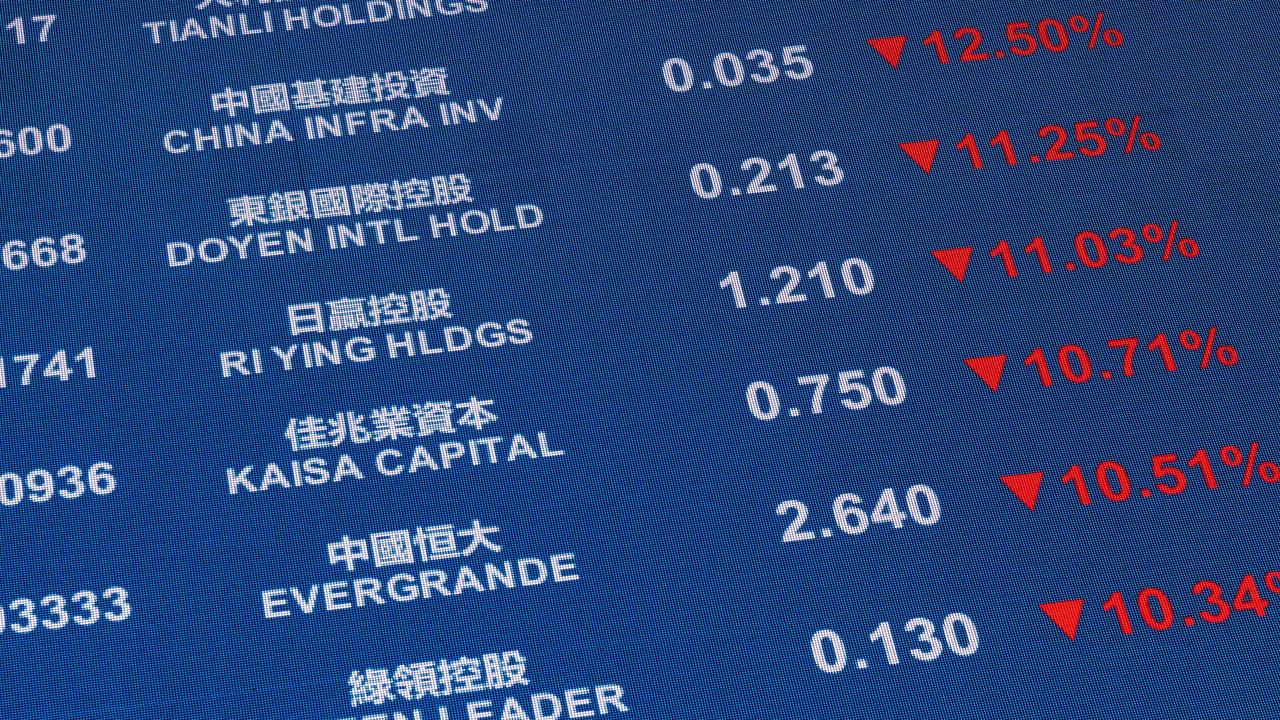 The crisis plaguing Evergrande is just one of many nightmares facing China’s economy simultaneously – and it could leave Australia at risk.

A staggering two-thirds of China’s biggest developers have breached the country’s tough “red lines” debt policy, sparking fears the Evergrande crisis could be just the tip of the iceberg.

According to an alarming new analysis by Bloomberg, two-thirds of the nation’s top 30 property developers were now struggling under Beijing’s harsh new rules.

The controversial “red lines” policy was introduced by President Xi Jinping last year in an attempt to rein in the real estate industry’s swelling debt levels.

Under the policy, liabilities can’t outstrip assets, loans can’t be greater than the value of ordinary shares and companies must have more liquid cash than short-term debt.

The rules left Evergrande in the lurch, with the world’s most indebted real estate company now teetering on the brink of collapse after failing to meet a string of payment deadlines.

But according to Bloomberg, the fiasco is by no means limited to Evergrande, with two-thirds of China’s biggest property firms now crossing at least one of those red lines as financial pressures grow, with multiple firms breaching two.

There are already growing fears that a contagion is well underway, with a collection of other large Chinese property firms hitting trouble in recent weeks.

In October, Chinese property developer Fantasia missed a payment on a $US206 million ($A282 million) bond that had matured the day before, triggering a default.

It came as property management firm Country Garden Services Holdings said that a unit of Fantasia had missed repayment on a 700 million yuan ($A108 million) loan, saying it was likely the company would default.

And in another blow to China’s struggling real estate sector, another firm, Sinic Holdings, also defaulted on a debt interest repayment this month, with Fitch ratings downgrading Sinic as a result.

Now, it seems yet another company is in trouble, with shares in Kaisa Group Holdings Ltd plummeting by a whopping 18 per cent in Hong Kong this week after announcing it may not be able to refinance dollar debt.

However, the potential catastrophe facing China’s property sector is just one of several economic dilemmas facing the nation simultaneously.

Manufacturing activity dropped for the second month in a row in October, a result of real estate woes and severe energy shortages which have rocked the country.

On Sunday, data revealed China’s manufacturing purchasing managers’ index (PMI) was 49.2 last month, below the 50-point mark which proves expansion instead of contraction.

It’s a further drop from September’s 49.6, and the predicted October result of 49.7.

Meanwhile, data also recently revealed economic growth in the third quarter dropped to its slowest pace in a year, with Gavekal Dragonomics analysts claiming the expected post-Covid slowdown had become a “shocking loss of economic momentum”.

And it’s only going to get worse, with the analysts saying in a research note that: “Since the property sector is the most important driver of cyclical activity, overall growth will weaken further in [the fourth quarter] and into 2022.”

Citi analysts also warned that “stagflation” – a rare situation where the inflation rate is soaring while the economic growth rate slows down and unemployment is high – was a growing concern.

“As a result of power rationing and related supply constraints, the features of ‘stagflation’ have become more evident and would limit near-term policy options,” the analysts said, according to the Financial Times.

As China’s problems accelerate, there has been growing speculation that it could impact Australia, with Treasurer Josh Frydenberg issuing a grim warning of things to come.

“What happens to China’s property sector from here will be key as it impacts the construction and financial sectors, and including indirect effects is estimated to contribute more than a quarter to China’s GDP,” he told the publication.

“With China’s property sector responsible for consuming half of China’s steel production it has already impacted the price for iron ore seeing it come down from over $US200 ($A266) a tonne earlier in the year to around $US100 ($A133) a tonne today.”

He said while Australia was: well placed” to cope, the government was nevertheless “watching developments in China’s economy very closely”.