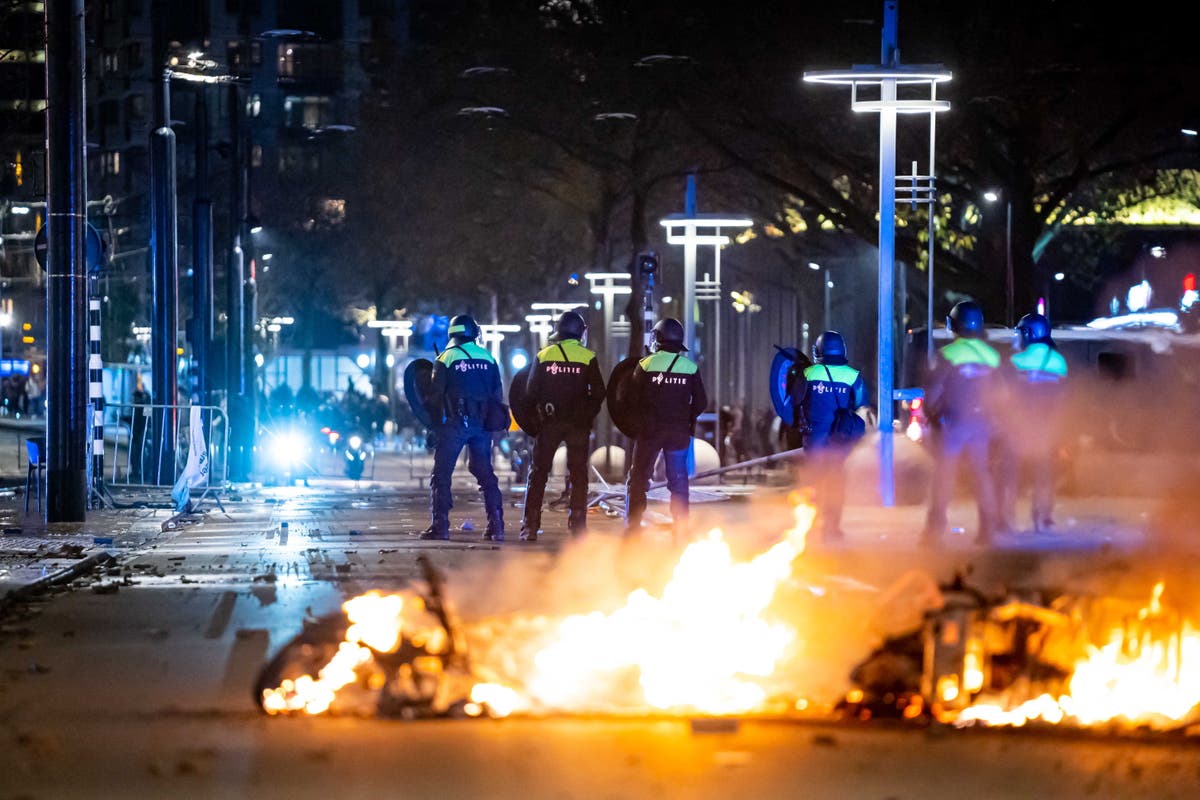 Protests and violence erupted across Europe over tougher Covid-19 restrictions to contain the latest wave of infections, as Austria took the drastic measure of starting a full national lockdown on Monday.

Demonstrations took place over the weekend in a number of countries including Austria, Belgium, Denmark, Crotia, Italy, the Netherlands and Swizterland, with public anger rising over coronavirus measures such as partial lockdowns, tighter curbs on the unvaccinated, and mandatory jabs.

Europe has again become the epicentre of the pandemic, accounting for half of global cases and deaths with many countries experiencing a record number of daily infections in recent weeks.

The World Health Organization (WHO) said it was “very worried” about the spread of Covid-19 on the continent and warned that 500,000 more deaths could be recorded by March unless urgent action is taken.

In the Netherlands, riots broke out for the third night in a row on Sunday evening in several towns and cities. The most serious violence unfolded in Rotterdam, which led to 51 arrests and three people being hospitalised after police fired shots after rioters torched cars and set off fireworks.

The Dutch protesters were rallying against plans to restrict access to indoor venues to people with a “corona pass,” showing they have been jabbed or have recovered from an infection.

Police and protesters also clashed in the streets of Brussels on Sunday in demonstrations over restrictions that mandated wider use of masks and enforced work from home.

About 35,000 people took part in rallies, which began peacefully before violence broke out with police using water cannons and tear gas on protesters who threw rocks and smoke bombs.

In Croatia, thousands of people took to the streets of the capital Zagreb, holding Croatian flags, nationalist and religious symbols, and anti-vaccination banners. There were also protests in Denmark against plans requiring public sector workers to be jabbed, and rallies in Swizterland over the idea of a Covid certificate, which could become compulsory to enter some public places.

Austria’s full lockdown is the first introduced in Europe since vaccines became widely available. The government also said last week that it would make it compulsory to get vaccinated as of 1 Feb, a step few countries have taken.

The measures sparked huge protests on Saturday as tens of thousands of protesters, many from far-right groups, marched through Vienna. The lockdown will initially last for 10 days but it could go up to 20 days, officials said.

“It is a situation where we have to react now,” Austria’s Health Minister Wolfgang Mueckstein said in an interview on Sunday night.

“A lockdown, a relatively tough method, a sledgehammer, is the only option to reduce the numbers (of infections) here.”

Elsewhere in Europe, Germany is considering making vaccinations compulsory. Health minister Jens Spahn said on Monday that most Germans will be “vaccinated, cured or dead” from Covid-19 in a few months’ time, as he urged more citizens to get jabbed.

In Hungary, people lined up for Covid-19 shots on Monday outside Budapest’s main hopsital as the government offered jabs without prior registration for the first time.

Meanwhile in France, hard-right presidential hopeful Eric Zemmour said fears about the latest coronavirus wave had been overblown and that he would aim to scrap the country’s Covid-19 health pass. Zemmour’s stance contrasts with the position of most governments across Europe.