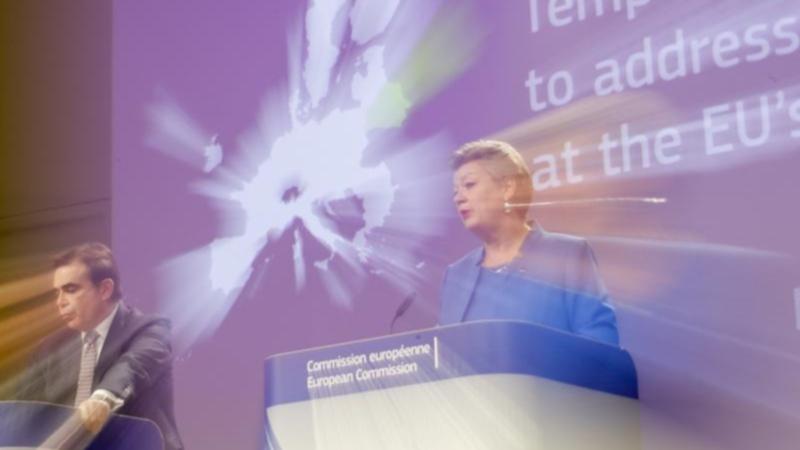 The European Union has proposed curtailing some rights of migrants at its borders with Belarus, including letting asylum seekers be held at border camps for up to four months and allowing for faster deportations.

The proposals are the latest EU attempt to deal with what it describes as a crisis manufactured by officials in Minsk.

It accuses Belarus of flying in migrants from the Middle East and pushing them to cross through the woods into Poland, Lithuania and Latvia.

Rights groups say at least 13 people have died as thousands of migrants have camped in freezing conditions.

The three EU countries that border Belarus have defended their approach of pushing migrants back without individually assessing their cases or granting them a realistic chance to claim asylum – which rights groups say violates EU rules and international humanitarian law.

Under the proposal by the Commission – the EU’s executive arm – migrants would be permitted to claim asylum only at designated locations, such as border crossings.

National authorities would have a longer period of up to four weeks to register asylum applications.

Asylum seekers could be kept for up to 16 weeks at the border, losing a standing right to be held in more suitable centres inside the country.

The proposals are a further example of the EU tightening immigration rules since more than one million people arrived in 2015, overwhelming the bloc and dividing member states over how to respond.

Poland’s nationalist government has been a leading anti-immigration voice since then and often clashes with the EU over other human rights issues as well.

Border tensions have eased in recent weeks, since outgoing German Chancellor Angela Merkel phoned Belarusian President Alexander Lukashenko and his most powerful ally Russia, and Belaurs moved migrants back from the frontier.

Lukashenko was quoted on Wednesday saying he was ready to suspend Russian energy flows over Belarusian territory if Poland closed the border.

The Kremlin said it hoped he would not do so.

Poland allowed a state of emergency at the border to lapse overnight but the interior minister made use of new powers granted to him by parliament to extend a ban on media and rights activists operating at the border for another three months.

In Lithuania, the government was on Wednesday debating extending its state of emergency.

Its interior ministry said there were 10,000 migrants still in Belarus.