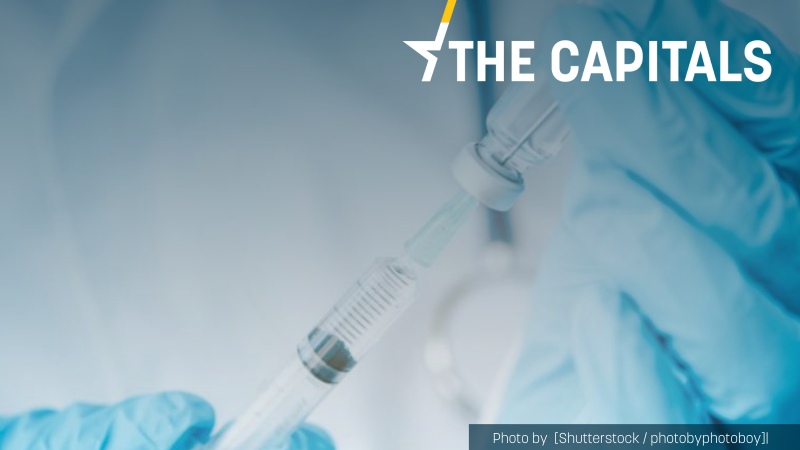 Before you start reading today’s edition of the Capitals, feel free to have a look at the article Bratislava mayor: Where national governments fail, cities step up for democracy.

The European Partnership for Clean Aviation takes off! Discover the Horizon Europe public-private partnership that will make climate-neutral aviation a reality! Paving the way for sustainable and competitive skies, the innovative technologies developed by the Partnership will be game-changers. Continue Reading >>

Governments and health agencies across Europe are questioning whether it is necessary for citizens to take a fourth dose of the COVID-19 vaccine. However, some countries like France, Germany, Greece, Spain, Poland, and Hungary, recommended it for certain at-risk categories. Read more.

German businesses slam sanction plans as trade with Russia booms. After Germany’s trade volume with Russia rose by more than a third in 2021, businesses have called on the government to maintain good economic relations with President Vladimir Putin. Read more.

Vienna bans Canada-style ‘freedom convoy’. Vienna police have banned a motorcade protesting mandatory vaccines planned for Friday in the city amid fears that participants would cascade out and block traffic. Read more.

Ireland moves closer to having lawmakers vote remotely. Lawmakers could soon start voting remotely in a select number of situations, including potential future pandemics, according to a proposed bill debated on Thursday that would amend the Irish constitution. Read more.

Spain among highest on EU’s 2022 growth list at 5.6%. Spain’s growth is expected to be one of the highest in the EU in 2022 at 5.6%, according to a recent forecast by the European Commission, eldiario.es reported. The forecast remains lower than that of the government, which predicted a 7% growth but more optimistic than the Comission’s previous report. Read more.

Portuguese police prevent possible terrorist attack at university. Portuguese authorities announced the prevention of a possible terrorist attack at Lisbon University. The attack was allegedly to be carried out by an 18-year-old student who was arrested in Olivais, Lisbon. The attack was scheduled for Friday and it is reported that the student was intending to kill as many colleagues as possible.

The information that led to the arrest was transmitted from the FBI to the judiciary police in Portugal. It is reported that the young student had been monitored for a while and had been struggling with unspecified mental disorders. However, the ideological motivation behind his plan is not yet known. (Pol Afonso Fortuny, EURACTIV.com)

Poland receives first batch of UK marines amid Ukraine-Russia tensions. The first of 350 British marines have flown to Poland to bolster NATO’s eastern flank amid tensions over a Russian military build-up around Ukraine. The same day, Prime Minister Boris Johnson visited Poland to discuss the situation in Ukraine and the region with his Polish counterpart, Mateusz Morawiecki. Read more.

Hungarian joke party changes election tack. Despite earlier promises to not threaten an opposition victory by running in electoral districts where the race is expected to be tight, the Hungarian Two-tailed Dog Party (MKKP) put forward a candidate in such a constituency, EURACTIV’s partner Telex reported. Read more.

Bulgaria to launch public recovery plan debate. Bulgaria will start a series of public hearings on the recovery plan on Friday. Healthcare, transport and energy will be the first topics up for discussion, while Deputy Prime Minister and Finance Minister Asen Vassilev will organise the event. Read more.

Peace Council: RS decisions violate constitution and legal order of BiH. Recent moves by the Republika Srpska (RS, Serb entity) authorities to introduce a Law creating a parallel High Judicial and Prosecutorial Council (HJPC) are a clear attempt by the entity to unilaterally assume the constitutional responsibilities of the State, which would represent a violation of the constitution and legal order of BiH, Peace Implementation Council (PIC) announced. Read more.

From the beginning, it was a controversial idea put forward by the pro-Serbian parties to give double citizenship for the so-called “diaspora” while trying to enlarge the electoral body. Most of the interested were supposed to be voters of pro-Serbian parties, which would, apparently, gain enough votes to win in the elections. Abazović called on the technical government not to make “harmful and irritating” decisions.