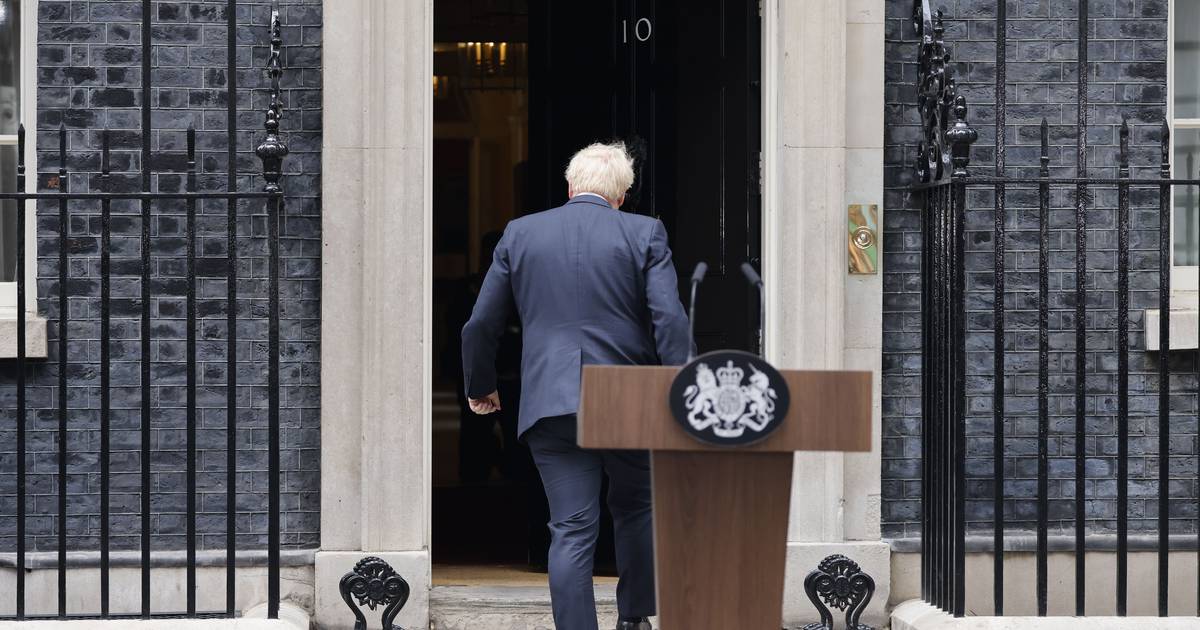 Graceless to the end, Boris Johnson announced his resignation blaming everyone except himself as he attempted to poison his party with a stab-in-the-back narrative. He defended his efforts to cling on to power after his ministers urged him to go, dismissing the views of Conservative MPs as an expression of the herd instinct.

“In the last few days I have tried to persuade my colleagues that it would be eccentric to change governments when we are delivering so much and when we have such a vast mandate and when we are actually only a handful of points behind in the polls, even in mid-term,” he said.

“As we have seen at Westminster, the herd instinct is powerful and when the herd moves, it moves. And my friends, in politics no one is remotely indispensable and our brilliant Darwinian system will produce another leader, equally committed to taking this country forward through tough times,” he said.

[ Dublin breathes sigh of relief as Johnson bows out ]

Johnson’s critics always feared that he would leave behind him a bitter remnant within the party bent on avenging his downfall in the way that Margaret Thatcher’s adherents haunted her successors for decades. But Johnson’s betrayal narrative is less likely to take hold, not least because those pushing him towards the exit included some of the party’s leading Brexit true believers.

David Frost, recently reminted as the conscience of the Conservative party with a weekly pulpit in the Daily Telegraph, said Johnson was damaging the party and risked destroying his place in history. Attorney general Suella Braverman, one of the self-styled Spartans who voted against Theresa May’s Brexit deal every time, called for the prime minister to resign and said she wanted the job for herself.

By declaring his intention to remain in Downing Street until a new Conservative leader is chosen, Johnson has given his MPs a fresh headache. Many of them fear that with his record of ignoring the rules he could find some way to stay in office for longer or to somehow undermine the election of his successor.

The two-step election system, which sees MPs choose two candidates to go before the entire Conservative membership, can take around two months to produce a leader. There will be pressure in the coming days to speed up or truncate that process in order to usher the disgraced and embittered prime minister out the door of No 10 before he can do further damage to his country.